Rep. Crow is the first Coloradan ever asked to serve as an impeachment manager 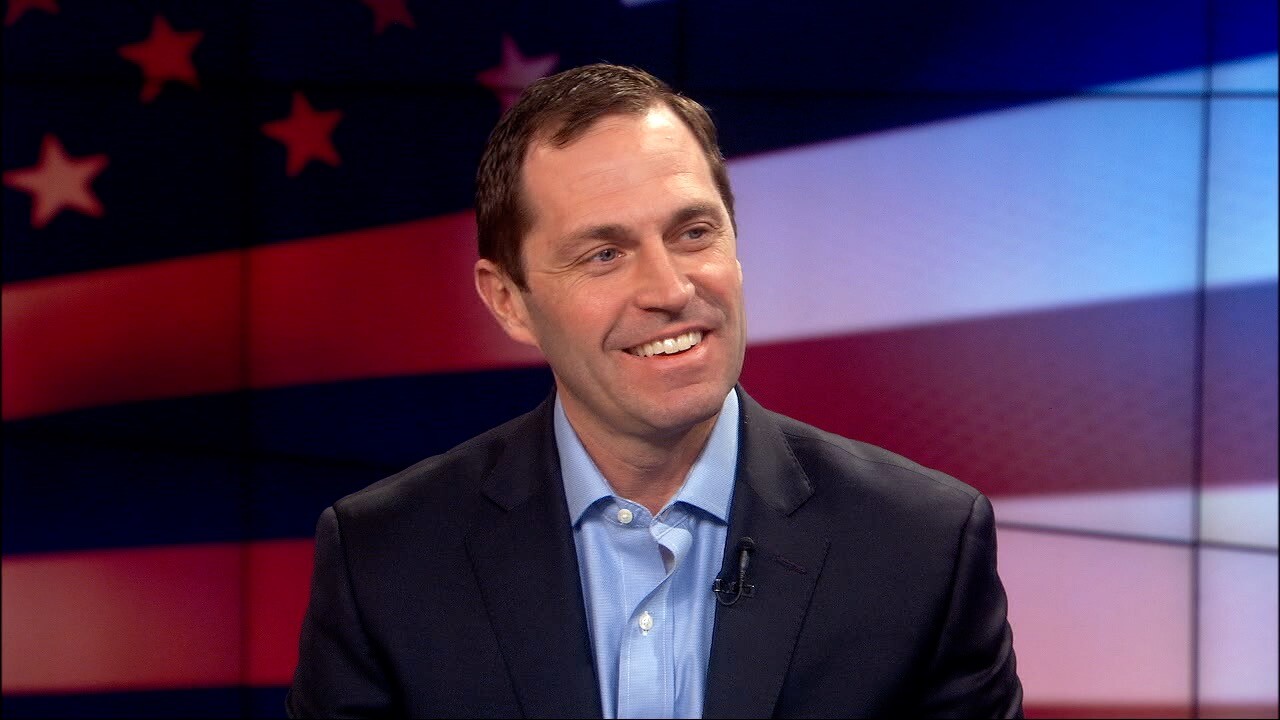 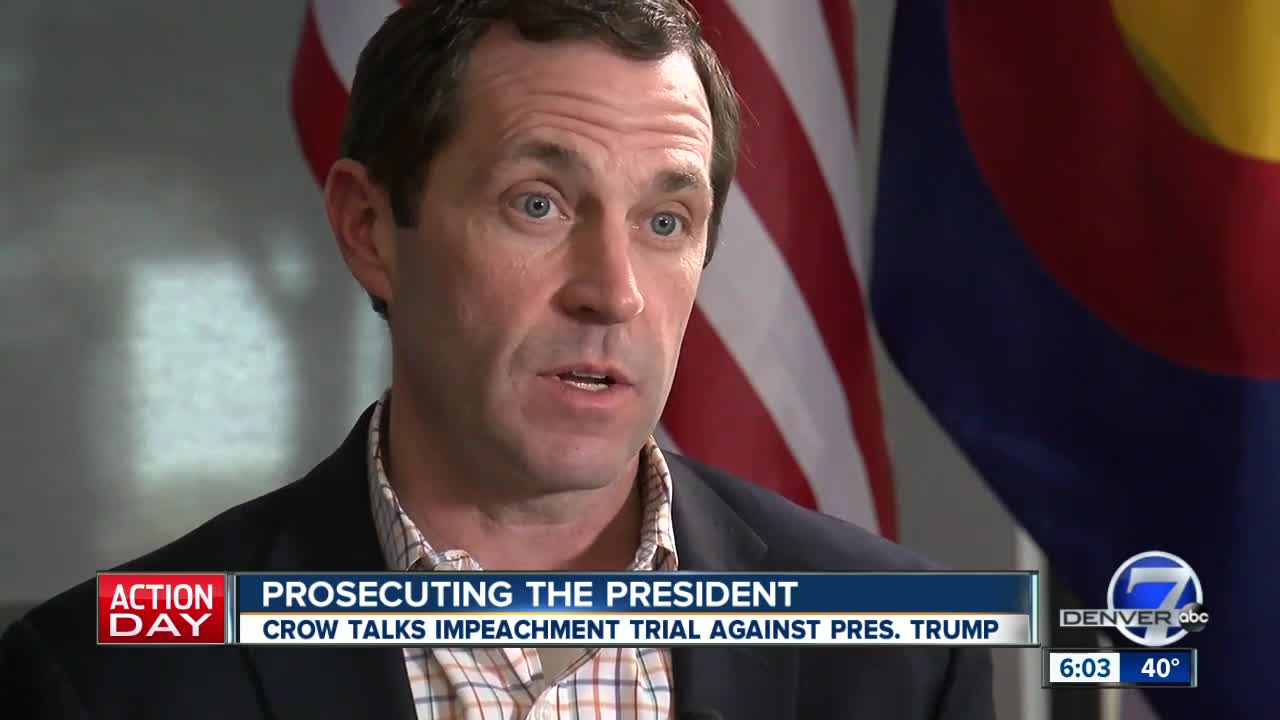 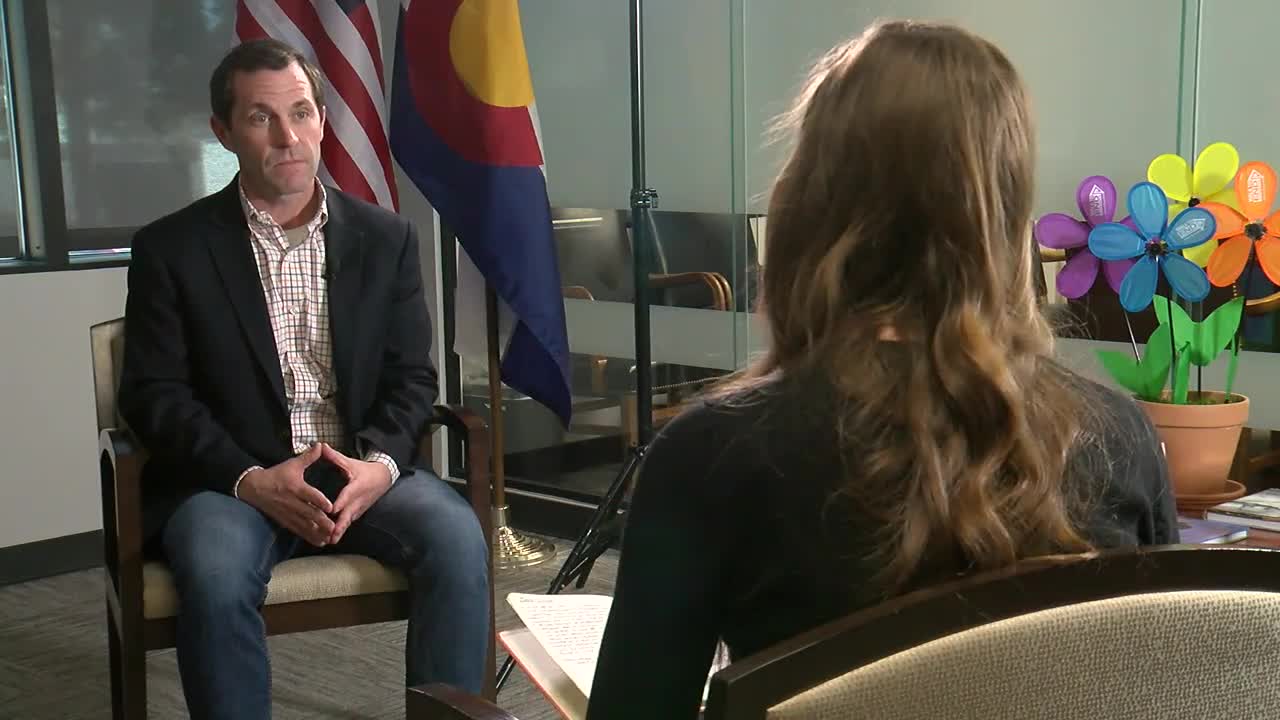 DENVER — Colorado lawmakers have played an important role in the impeachment proceedings against President Donald Trump and will continue to do so as the Senate trial gets underway.

U.S. Rep. Diana Degette, D-Colo., oversaw the proceedings in the House while representatives Rep. Ken Buck, R-Colo., and Rep. Joe Neguse, D-Colo., both sat on the House Judiciary Committee during the public proceedings there, listening to witness testimony and asking questions.

Now, Rep. Jason Crow, the Democrat from the 6th Congressional District, will serve as one of seven impeachment managers from the House during the Senate trial. The team will be tasked with acting as the prosecution in the case against President Trump.

A Colorado lawmaker has never been asked to play the role of impeachment manager before, solidifying Rep. Crow’s place in history. Rep. Crow sat down with Denver7 Friday to talk about the responsibility he and the other impeachment managers have been tasked with.

“It’s a very grave and serious responsibility. I was humbled to be asked by my colleagues and leadership to take on this role. It was a request that surprised me. I hadn’t been lobbying for this and seeking it out, but I am going to be approaching it with the seriousness and the dignity and respect that’s the position requires,” Rep. Crow said.

Rep. Crow was chosen for the position by House Speaker Nancy Pelosi. He is one of two freshmen Congressmen who was appointed to serve as impeachment managers.

Rep. Crow is the only person who was selected to serve who was not on either of the two committees that held public hearings on impeachment in the House (the Judiciary Committee and the Permanent Select Committee on Intelligence). He believes he was chosen to serve in this capacity because of diverse range of experiences.

Before serving as a member of Congress, Rep. Crow was an Army Ranger who served three tours; he is the only veteran serving as an impeachment manager.

“By withholding military aid from Ukraine, the President really puts those men and women in harm’s way and jeopardizes our national security. So, I’ve been a very vocal voice in Congress about our national security and supporting our men and women. I’m also a lawyer. For almost a decade I’ve litigated cases. I’m very familiar with courtroom procedures,” Rep. Crow said.

There are two things Rep. Crow says he will be fighting for right away as the impeachment proceedings begin: The admission of witnesses and documents.

“This cannot be the first impeachment trial in the history of America where we don’t have witnesses and documents. The prior two had both and we need to have it again. The reason we need to have that is because there is overwhelming evidence of the President’s abuse of power. Now that we are at the trial stage, the American public and the Senate deserve to know the full breath of what happened,” he said.

Rep. Crow refused to go into detail about which witnesses he would like to call or trial strategy. For now, he’s keeping those discussions between himself and the other impeachment managers.

In the end, Rep. Crow says he his hoping for a fair trial with impartial jurors. It will be up to him and the other impeachment managers to convince two-thirds of the Senate to impeach the President before he would be removed from office.