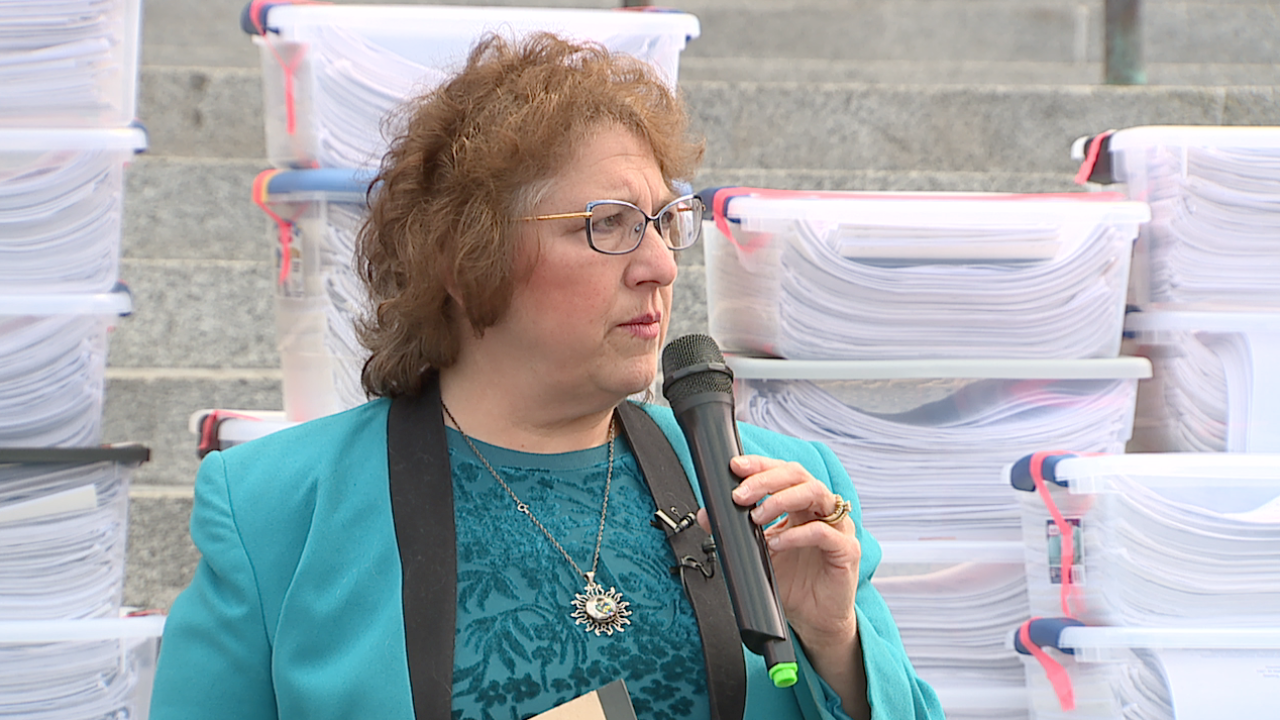 Copyright 2021 Scripps Media, Inc. All rights reserved. This material may not be published, broadcast, rewritten, or redistributed.
Denver7
The proponents of an effort to recall Colorado Gov. Jared Polis failed to gather enough signatures to put a recall question on a statewide ballot, they announced Friday.

DENVER – The organizers of an effort to recall Colorado Gov. Jared Polis failed to gather enough signatures to put a recall question on a statewide ballot, they announced Friday.

The Dismiss Polis organizers said they gathered more than 300,000 signatures, though they needed to gather 631,266 valid voter signatures over the past 60 days and fell far short of that goal.

They said they would not turn the signatures gathered into the Secretary of State’s Office so the people who did sign the petitions would be allowed to sign possible future petitions to try and recall the first-term Democratic governor, so it's unclear how many signatures they actually gathered.

The effort to recall Polis was seen as a long shot since it got underway, and several different groups fought amongst themselves over which petition would be the official one to try and recall the governor.

Dismiss Polis proponents have said, and reiterated Friday, that they are unhappy with several of the laws signed by Polis this year, including the “red flag” law, the local control oil and gas measure and the National Popular Vote law, though he won last year’s election 53.4% to Republican Walker Stapleton’s 42.8%.

There are several other recall petitions against Democratic lawmakers due in coming days.

A recall petition against Sen. Pete Lee, D-Colorado Springs, is due on Sept. 10 and needs 11,304 valid voter signatures from his Senate district. A second effort to try and recall Sen. Brittany Pettersen, D-Lakewood, will have to turn in 18,376 valid voter signatures from Senate District 22 by Sept. 16. Both lawmakers won election handily in 2018 but have been targeted by conservatives.

And proponents of the effort to recall Senate President Leroy Garcia, D-Pueblo, will have to submit 13,506 valid signatures from Senate District 3 by Oct. 18 in order for a recall question to be placed on a ballot.

An effort to recall Rep. Tom Sullivan, D-Centennial, failed earlier this year and Rep. Rochelle Galindo resigned in the midst of an effort against her.

And in Colorado’s smaller towns, citizens are trying to recall mayors and lawmakers as well.

In a statement Friday after the Dismiss Polis group’s announcement, Gov. Polis called the recall efforts “misguided” and said he hoped the other petitions would have similar outcomes. He also lauded the work he has done in office thus far and called the efforts a “sideshow.”

“After all that fuss, I was pleasantly surprised that they didn’t turn in a single signature on the recall,” he said. “I hope the remaining misguided efforts against others see the same results as Tom Sullivan’s did before. Recalls should not be used for partisan gamesmanship.”

Polis' campaign sent out a fundraising email on the heels of the failed effort: "Will you consider chipping in $5 today to make sure we have the resources to fight back immediately against another recall attempt?"

Democracy First Colorado spokesperson Curtis Hubbard, whose group is opposing the recalls, called the effort and others a scam.

"This doomed-from-the-start effort was never about a recall — it was a thinly disguised scam designed to line the pockets of consultants and help them gather data for the next election," Hubbard said. "Today's announced failure is another sign that these bogus recalls will continue to be met with a resounding 'no thanks' from Colorado voters who are not interested in what these scammers, extremists and sore losers are selling."