Event expected to start around 5 p.m. 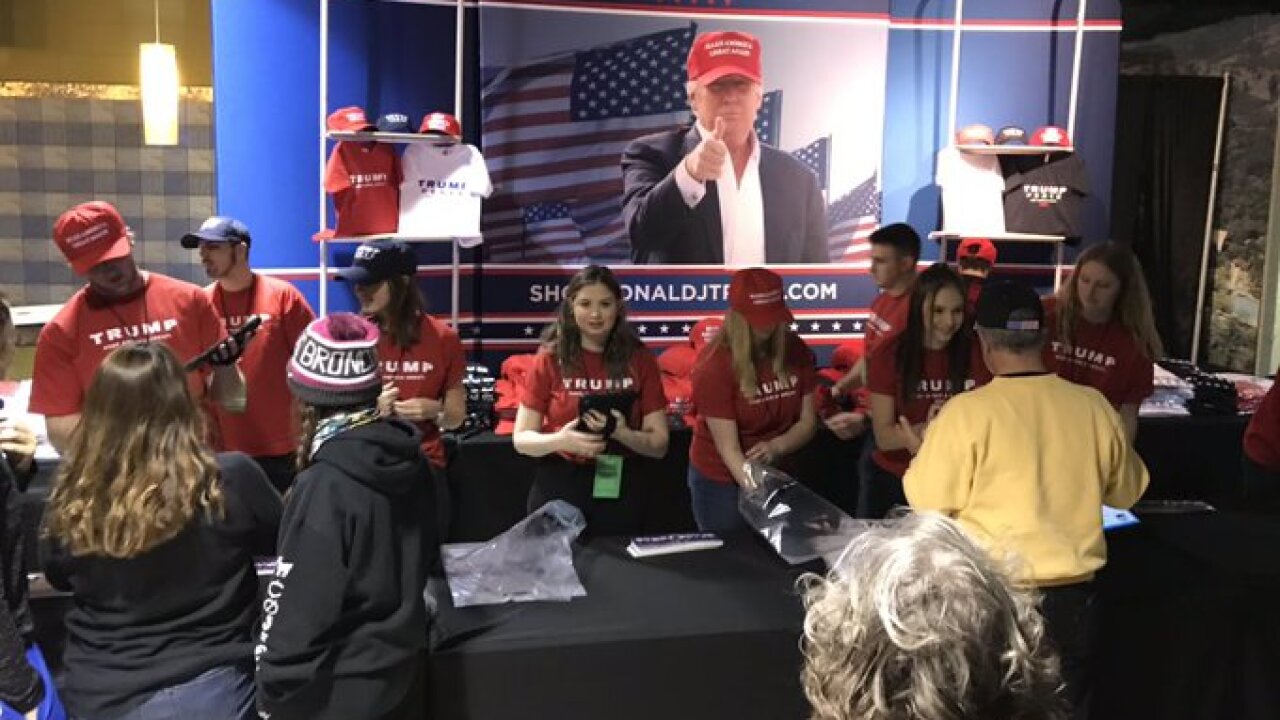 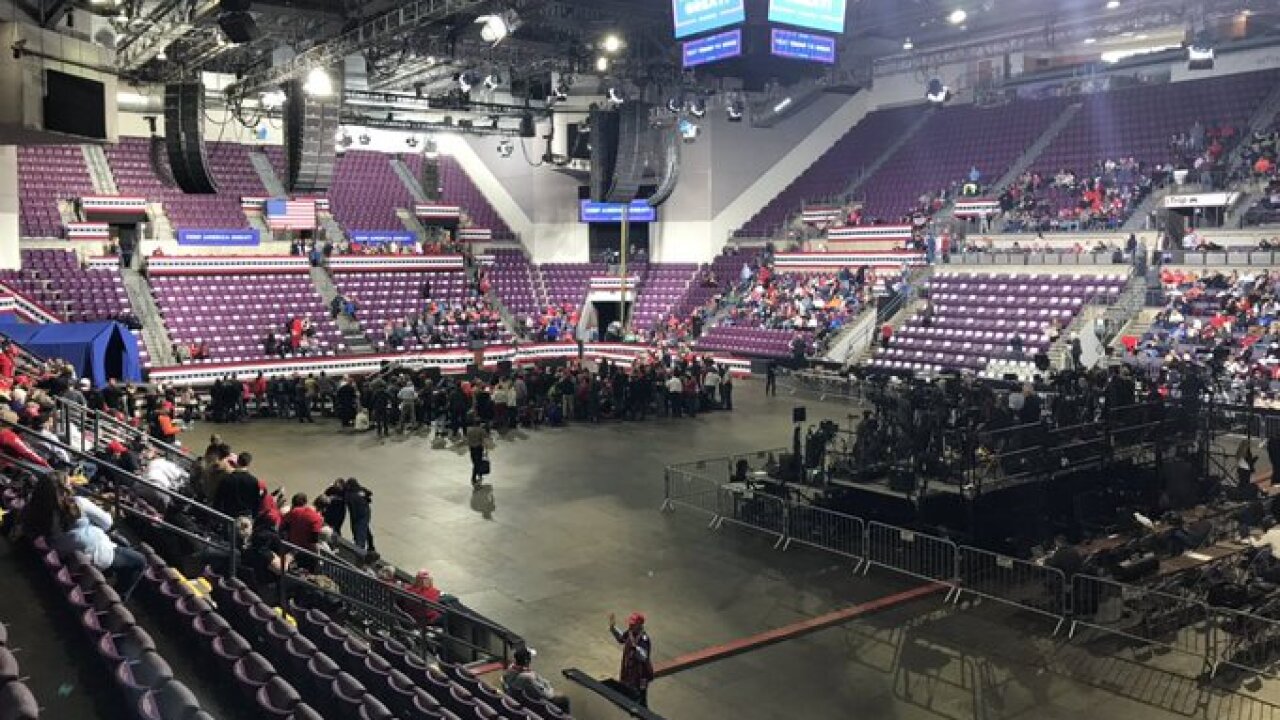 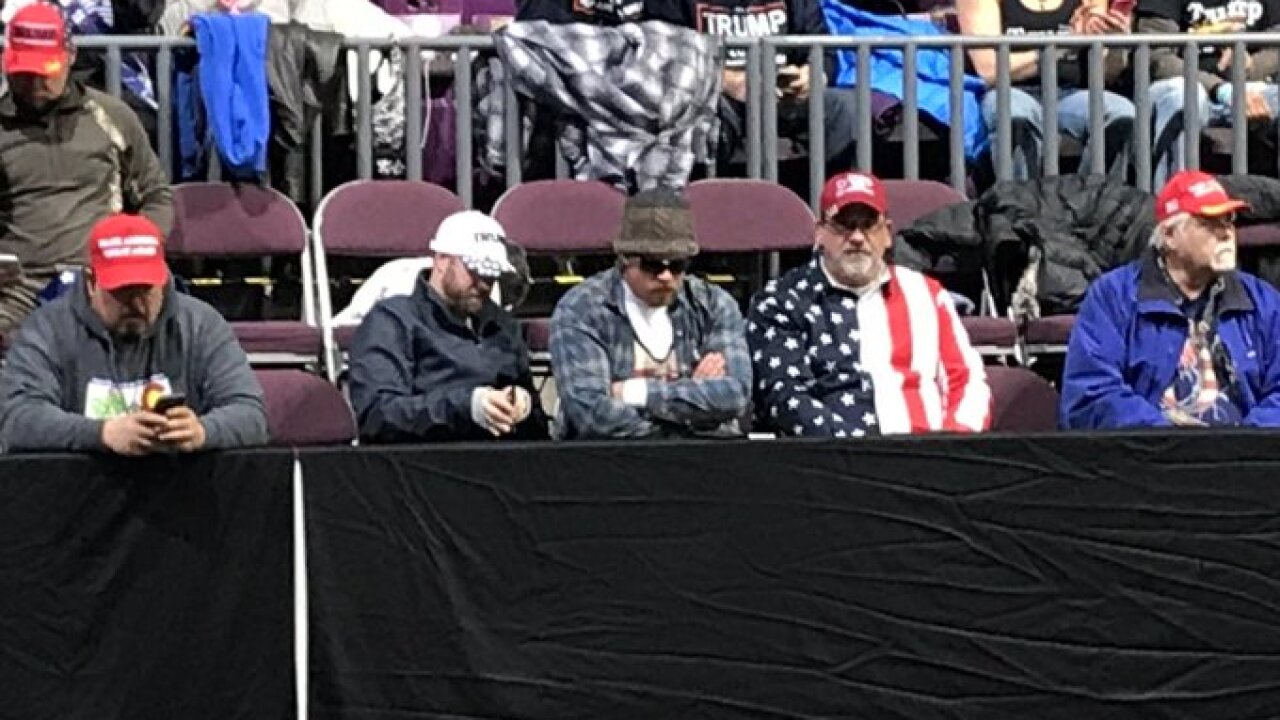 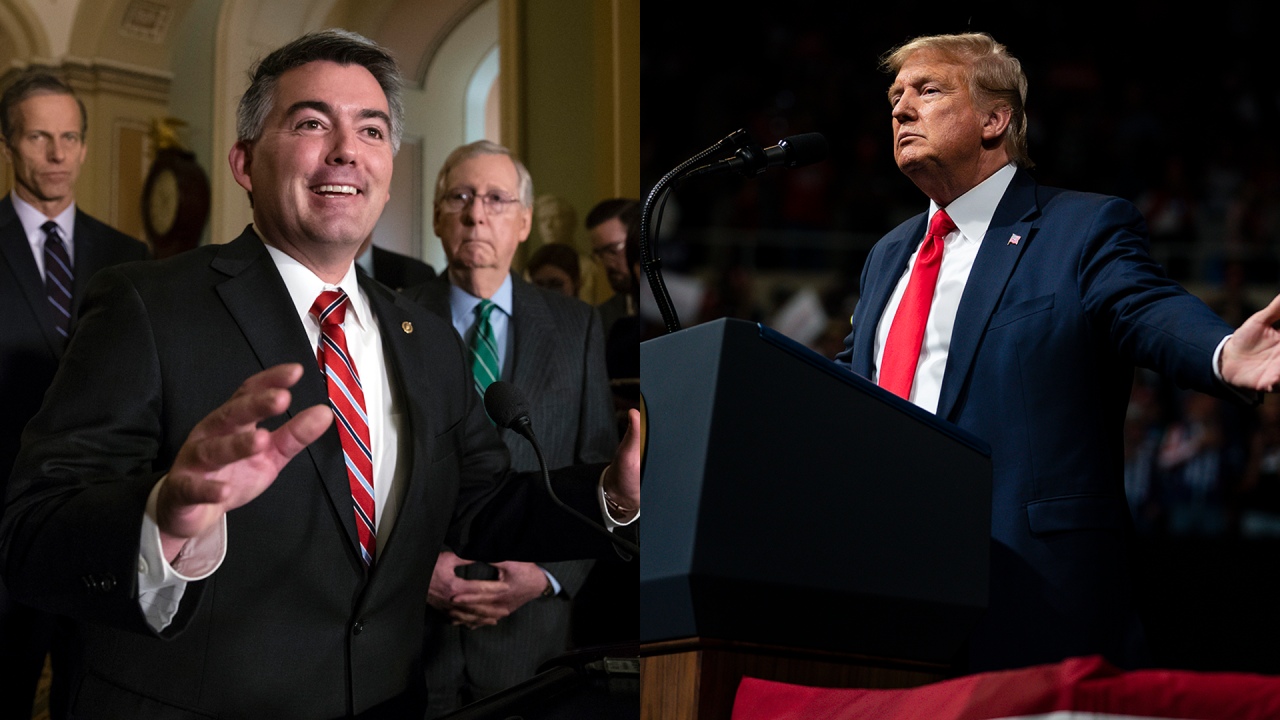 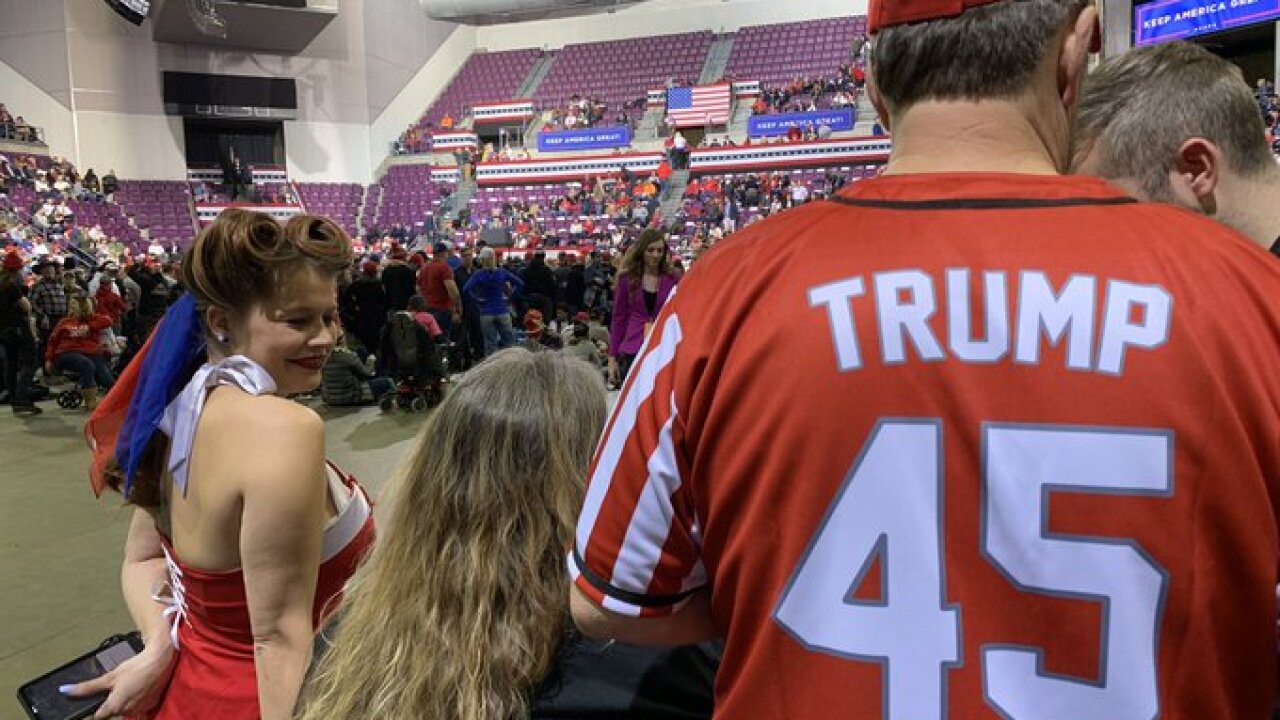 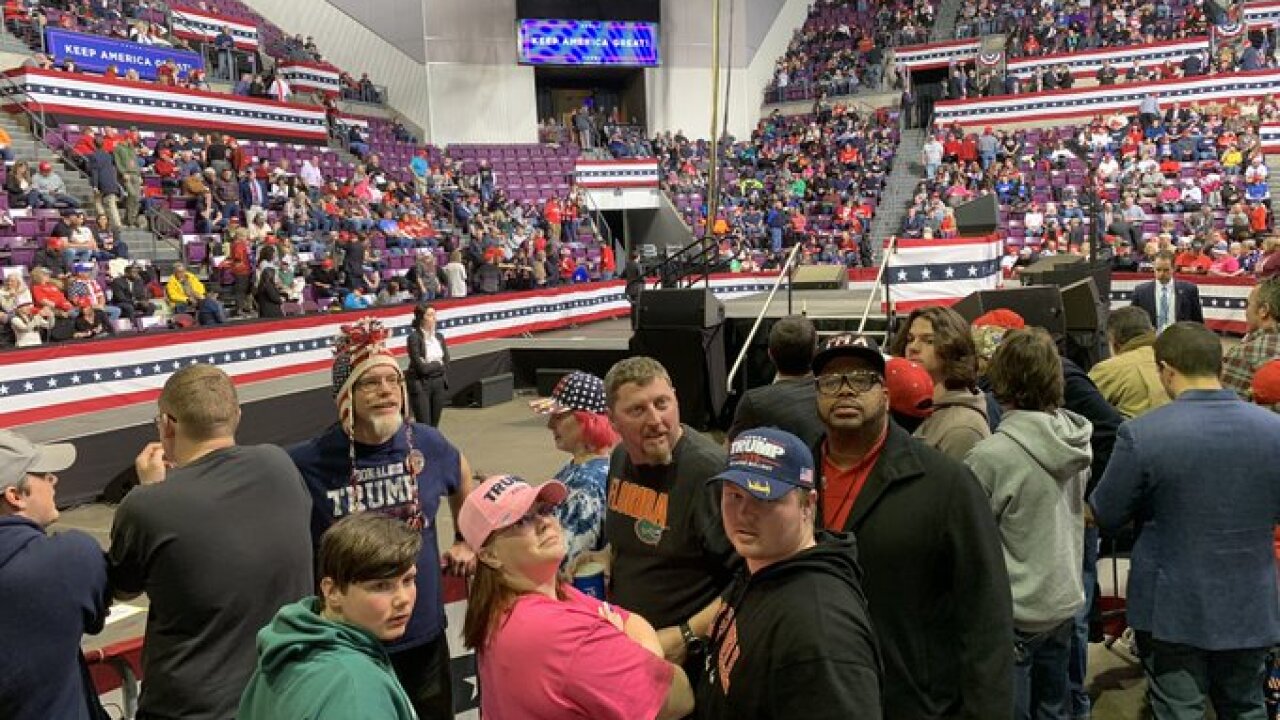 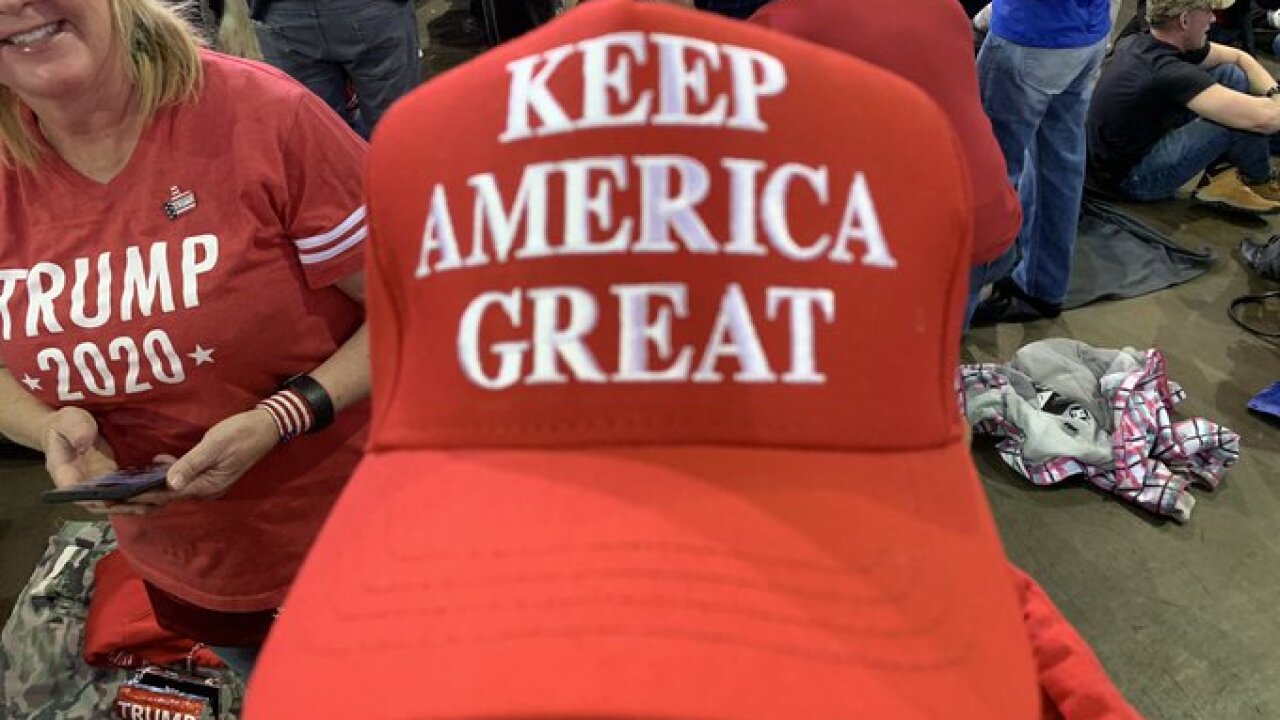 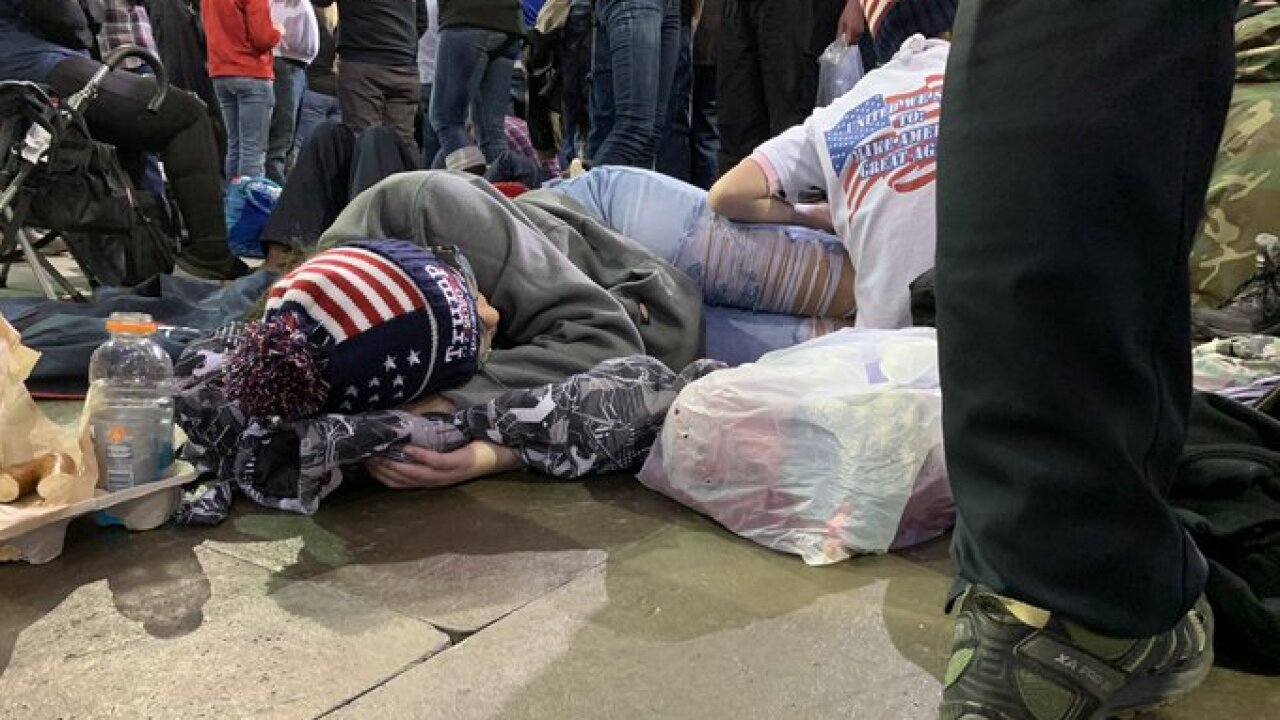 Much of the Colorado Springs area is expected to be a traffic nightmare throughout the day Thursday both ahead and after the event.

Colorado Springs police said around 9:45 a.m. that the parking lot of the venue was already full. Several people have been standing in line to get into the event since Wednesday evening. The arena at which the rally will be held holds about 8,000 people.

Colorado Springs police said both directions of I-25 near the arena will see heavy traffic and long delays and asked drivers to “please be patient and courteous to your fellow drivers and community members.”

CDOT said heavy traffic and intermediate closures should be expected between 2 p.m. and 7 p.m. on I-25 between Mesa Ridge Parkway and Nevada Avenue. There are also likely to be road closures between the president’s arrival at Peterson Air Force Base and his trip to World Arena.

Doors to the arena open at 5 p.m., and hundreds of people were already lined up Thursday morning. People hoping to try to attend the rally are asked to RSVP here for up to two tickets.

For those who cannot make it inside the arena for the event, there will be video monitors outside to show Trump’s speech.

Protesters are also expected to rally throughout Thursday outside of the event.

The University of Virginia’s Center for Politics’ Sabato Crystal Ball on Thursday moved Colorado’s Senate race to “Leans D,” another indication of the uphill battle Gardner faces in November. Former Colorado Gov. John Hickenlooper leads fundraising and polling in the Democratic primary in that race.

In a brief interview Wednesday, Gardner touted the economy and the administration’s massive tax cut for wealthy people as reasons to support Trump. And after he voted against hearing new witnesses in the president’s impeachment trial and against removing Trump from office, he said Wednesday that he believed Trump’s impeachment was “partisan” and that the only issue regarding Trump asking the new administration in Ukraine to investigate a political rival was “ultimately a policy difference.”

“And you can’t impeach over policy difference,” Gardner said.

Trump has hit the campaign trail in earnest in recent months and has been on a blitz since the impeachment trial ended and as primary and caucus season got underway. He will be in Las Vegas both before and after Thursday’s trip to Colorado Springs, with Nevada’s caucus set for Saturday and early voting already underway.

Trump’s visit to Colorado also comes as many Democratic presidential candidates head to the Centennial State ahead of the March 3 primary and with ballots already in the hands of Colorado voters.

Bernie Sanders hosted a rally in Denver Sunday attended by more than 10,000 people and Joe Biden hosted a private fundraiser earlier this week. Amy Klobuchar and Tulsi Gabbard are in Colorado as well on Thursday.

Pete Buttigieg, the former South Bend, Indiana mayor, will host a town hall in Aurora at 7 p.m. on Saturday, and Elizabeth Warren, the Democratic senator from Massachusetts, will host a campaign event Sunday at 3 p.m. at the Fillmore Auditorium in Denver.

Denver7 will carry Trump’s speech live on our streaming apps, website and on social media. You can also watch live in the player below.