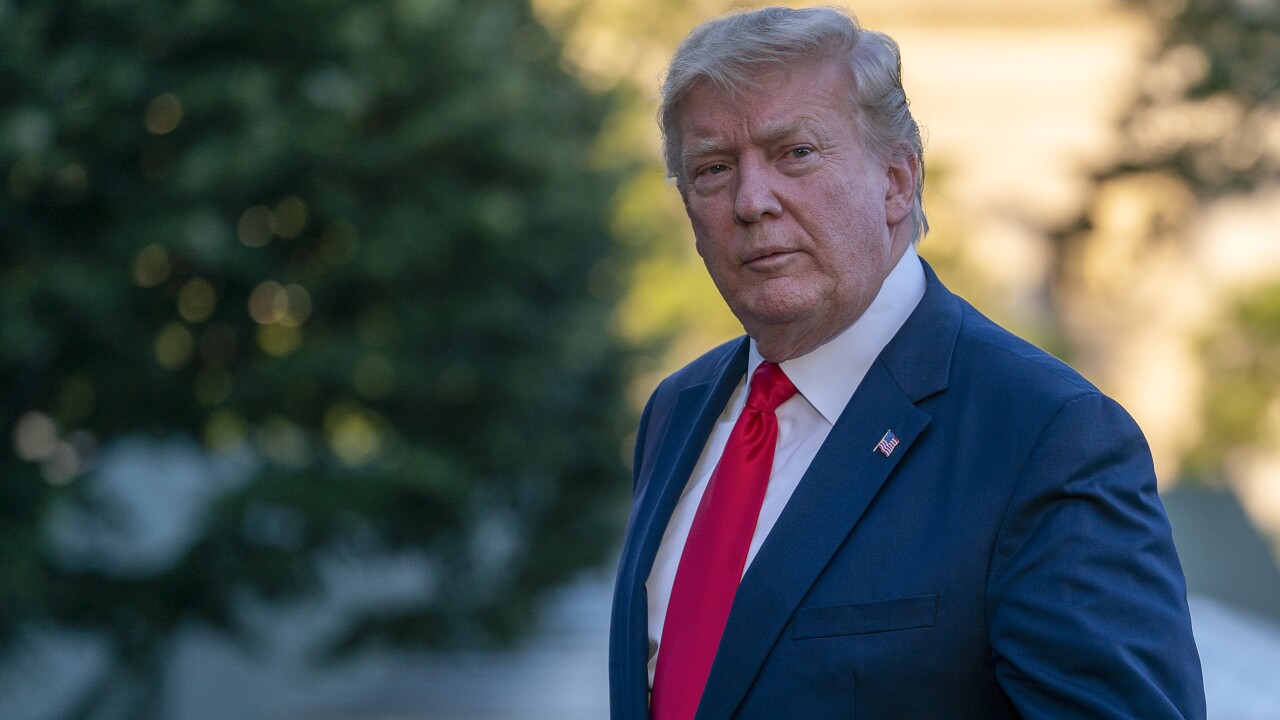 Copyright Getty Images. All Rights Reserved.
Tasos Katopodis/Getty Images
WASHINGTON, DC - JUNE 30: U.S. President Donald Trump walks off Marine One at the White House after spending the weekend at the G20 Summit and meeting Kim Jong Un, in the DMZ on June 30, 2019 in Washington, DC. Donald Trump met Sunday with Kim Jong Un in the Demilitarized Zone between North and South Korea and became the first U.S. president to step onto North Korean territory. (Photo by Tasos Katopodis/Getty Images)

DENVER – A poll released Wednesday shows Republican Sen. Cory Gardner’s favorability rating nearly neutral among Colorado voters with a dozen Democrats already in the race to try and unseat him in 2020 — but the same can’t be said for President Trump, who has a favorability rating 14 points underwater.

Voters statewide who were surveyed said they are enthusiastic about voting in the election next year and said they generally felt good about the direction that Colorado is headed. Gov. Jared Polis has a favorability rating of +15 six months into his first term.

That’s according to the poll from Keating Research, Onsight Public Affairs and Martin Campaigns, which surveyed 500 active Colorado voters who cast a ballot in either the 2016 or 2018 elections. The poll was conducted June 24-27 involving 67% cellphone interviews and 33% landline interviews, and generally correlated with the demographics of Colorado voters. It has a margin of error of ±4.4%.

The survey shows that despite Gardner and Trump endorsing one another for re-election earlier this year, the senator from Yuma has fared better in the minds of all Coloradans than has the president – particularly when looking at unaffiliated and Democratic voters. But it also shows that Republicans view Trump far more favorably than they view Gardner.

The poll shows Trump polarizes party voters: He has a 90% favorability rating among Republicans who were polled and a 4% favorability among Democrats polled. But among unaffiliated voters – who make up the largest bloc in Colorado and whose votes are highly sought-after – Trump is 23 points underwater, with 37% viewing him favorably and 60% viewing him unfavorably.

Gardner, however, has a +1 favorability rating, with 40% of respondents viewing him favorably and 39% unfavorably, and 22% of respondents saying they weren’t sure or were unfamiliar with him. He also fared far better in the poll than Trump among unaffiliated voters and Democrats but has far less vigorous support among Republican voters than Trump – with 90% viewing the president favorably and 63% viewing Gardner favorably.

In addition to Republicans, Gardner will have to win over unaffiliated voters, who swung toward Democrats in 2018 in statewide races, next November in order to defeat whichever of the more than 10 Democrats wins the party’s nomination. Two of those Democrats, Mike Johnston and Dan Baer, reported raising more than $1 million apiece during the fundraising quarter that ended Sunday, and the party and campaign organizers have stepped up messaging against Gardner in recent months.

And voter enthusiasm is high, according to the poll. Ninety-two percent of respondents said they would “definitely vote” in 2020 – with 96% of Democrats, 92% of Republicans and 88% of unaffiliated voters saying that would be the case.

Those polled see Polis favorably, with 50% saying that was the case and 35% saying they view him unfavorably after his first legislative session as governor and with laws he signed recently going into effect.

The Colorado voters who were polled also overwhelmingly said they support abortion amid talks of a proposed ballot measure on late-term abortions. Sixty-eight percent of respondents said abortion should be legal while 28% said it should be illegal.

The poll is an early look into what is expected to be an intense 16 months in Colorado’s political realms after Democrats swept statewide offices in the midterms, and with the state showing among the highest turnouts in the nation in both 2016’s general and 2018’s midterm elections.

"Republicans are still looking for the right message and messengers for 2020," said pollster Chris Keating. "Majorities of Democrats and unaffiliated voters continue to believe the state is headed in the right direction, believe abortion should be legal and hold unfavorable views of President Donald Trump."

"2020 is shaping up to be another strong year for Democrats given their own enthusiasm and unaffiliated voters' continued dislike of both President Trump and Senator Gardner," OnSight's Curtis Hubbard said in a statement. "Gardner's January endorsement of Trump hasn't seemed to help with the Republican base -- but hasn't hurt his standing with unaffiliateds or Democrats either."