Pentagon: Around $136M in Colorado military construction projects off limits under Trump declaration

Gardner said he was told no FY19 projects at risk 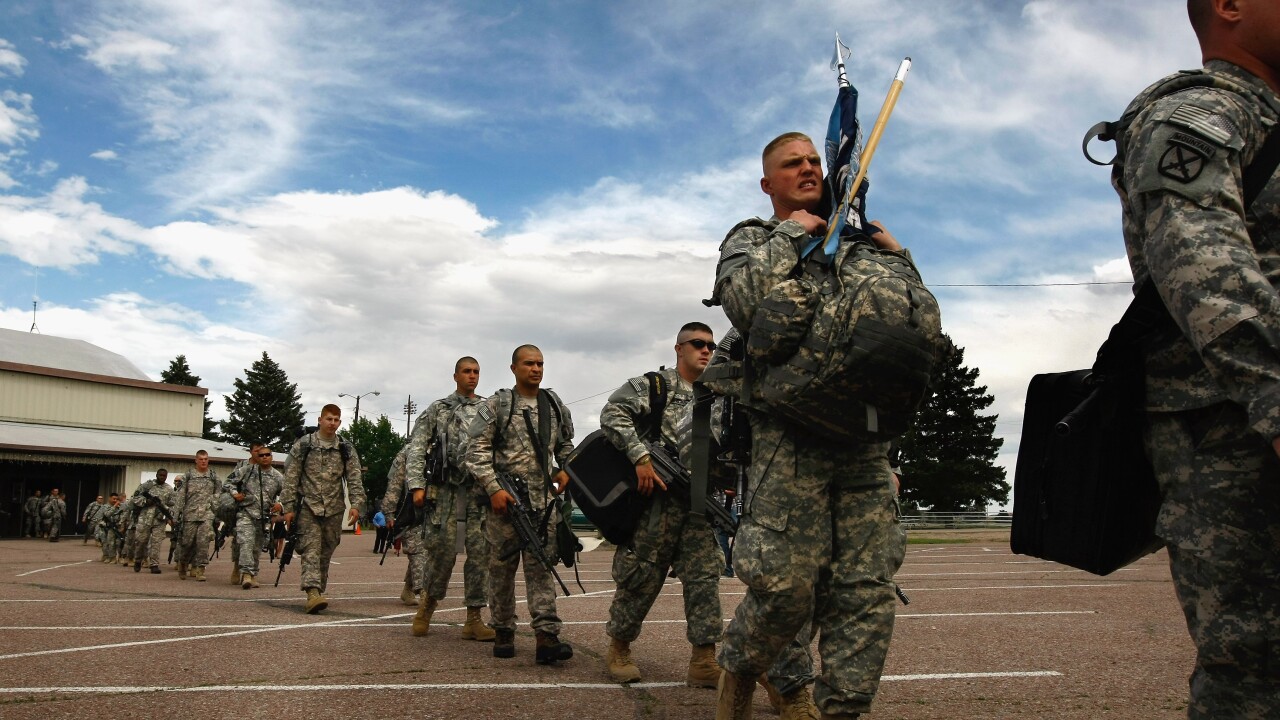 DENVER – More than $130 million in construction projects at Colorado’s military bases and posts appear to be safe from President Trump’s emergency declaration, according to a list released to U.S. lawmakers by the Pentagon on Monday.

There had been questions over how Colorado might be affected by the president’s Feb. 15 emergency declaration, which allows Trump and his administration to divert $3.6 billion in military construction funds already appropriated by Congress in order to pay for the border wall he has long sought but failed to get Congress to appropriate money for.

In February, shortly after Trump made his emergency declaration, Denver7 obtained a list of projects that could possibly be affected under the declaration from the House Appropriations Committee.

The document showed that three projects at Fort Carson, totaling about $100 million, were on the list.

That same day, Colorado Gov. Jared Polis and Attorney General Phil Weiser announced they were joining a multistate lawsuit challenging the president’s emergency declaration, saying they had “concluded that Colorado could lose tens of millions in military construction dollars that would be diverted to build the wall.”

On Monday, the Pentagon released a more extensive list of projects on the list after weeks of pushing by Democratic lawmakers, including Sen. Jack Reed, D-R.I., a former Army Ranger who publicly released the list. The Denver Post first reported about the list and its ties to Colorado.

The list shows $136.4 million in projects at Colorado military installations could potentially be tapped, but a fact sheet provided along with the list by the Department of Defense says only projects awarded after Sept. 30, 2019, could be affected.

None of the Colorado projects have award dates after Sept. 30.

A $30 million Air Force CyberWorx projects at the U.S. Air Force Academy was part of the FY2018 budget and has a July 2019 award date.

And a $5.1 million maintenance and storage facility for Aircraft Survivability Equipment at Buckley Air Force Base was part of the FY2017 budget and has a June 2019 award date, according to the list.

“The pool of potential military construction projects from which funding could be reallocated to support the construction of border barrier are solely projects with award dates after September 30, 2019,” the fact sheet from the Pentagon states.

It also says that no projects that have already been awarded or with FY2019 award dates would be impacted and that military housing, barracks or dormitory projects would not be affected.

"Decisions have not yet been made concerning which border barrier projects will be funded through section 2808 authority," the fact sheet further adds. "If the Department's FY2020 budget is enacted on time as requested, no military construction project used to source section 2808 projects would be delayed or cancelled."

Sen. Cory Gardner, R-Colo., voted against the measure to overturn Trump’s declaration last week. His spokeswoman, Annalyse Keller, told Denver7 after the vote that Gardner had received assurances from the Trump administration that no FY2019 money would be repurposed from Colorado’s military installations.

Sen. Michael Bennet, D-Colo., slammed the president’s declaration before he voted for the measure to overturn the declaration.

“[President Trump] couldn’t get a Republican House and a Republican Senate to pay for the wall. So now he’s violating the Constitution to steal money that has been appropriated by this branch—by Congress—and he’s stealing that money from the Department of Defense—from our war fighters, from the United States military—to expropriate private land held by American farmers and ranchers—many of whom I assume are Republicans—through eminent domain,” he said.

The release of the list on Monday came after Trump vetoed a resolution passed by the House and Senate that blocked his emergency declaration. It is unlikely either chamber will have enough votes to override the president’s veto.

But Sen. Reed said Monday in a statement that he hoped other lawmakers would take the full list into consideration before the votes to try to override Trump’s veto.

“A bipartisan majority of Congress went on record in voting to rebuke this ill-conceived idea. Now that members of Congress can see the potential impact this proposal could have on projects in their home states, I hope they will take that into consideration before the vote to override the President’s veto,” he said.