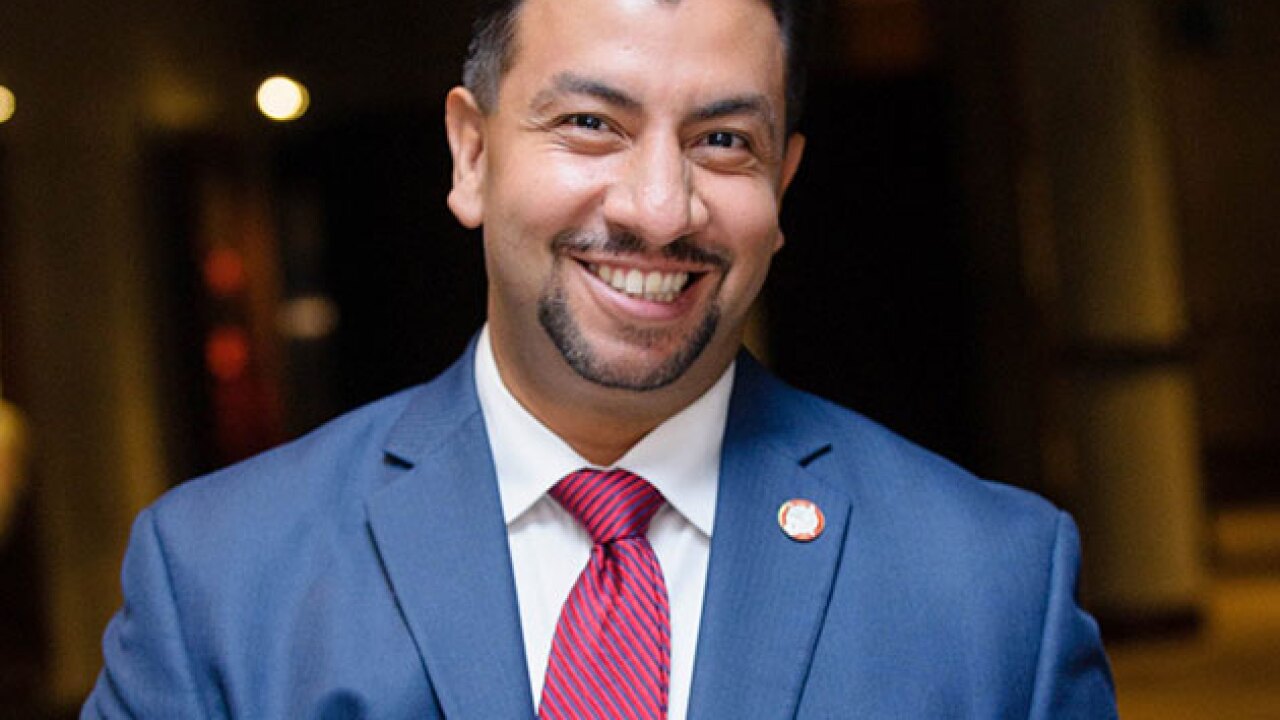 Copyright 2019 Scripps Media, Inc. All rights reserved. This material may not be published, broadcast, rewritten, or redistributed.
Denver City Council
Paul D. Lopez will be the next Denver Clerk and Recorder, winning the runoff race against Peg Perl by 397 votes, according to the final election results released Thursday.

DENVER – Paul D. Lopez will be the next Denver Clerk and Recorder, winning the runoff race against Peg Perl by 397 votes, according to the final election results released Thursday.

The difference between the two falls outside of the margins for an automatic recount. The race was separated by 315 votes as of a week ago, though there were still overseas and military ballots to be counted and signature curing to be done.

On Thursday, after the runoff results were finalized, Lopez, currently a District 3 city councilor who is term-limited, called winning the clerk and recorder races “the honor of a lifetime.”

“This victory belongs to the entire city – from our hardworking and dedicated team, to our selfless and passionate volunteers, to every Denverite who shares our vision for fairer elections and more accessible public records,” he said in a statement. “I will never forget the faces or the voices of the people of our city and we will continue to make sure their voices are not only cast, but counted.”

Perl, a former campaign finance and political consultant on the U.S. House Ethics Committee, also finished just behind Lopez in the initial May 7 election. In an email to supporters, she said she called Lopez to congratulate him and thanked her campaign team, family, volunteers and donors. She said she would continue to fight for government ethics, transparency and campaign finance reform “in another capacity.”

“I believe [Lopez] supports expanded access and involvement for all communities and greater transparency of campaign finance and city records,” she wrote. “I look forward to seeing his leadership in making that happen as our next Denver Clerk.”

Lopez said he was ready to get to work.

“Together, we will build an office that’s worthy of the extraordinary community we share,” he said. “I can’t wait to get started.”