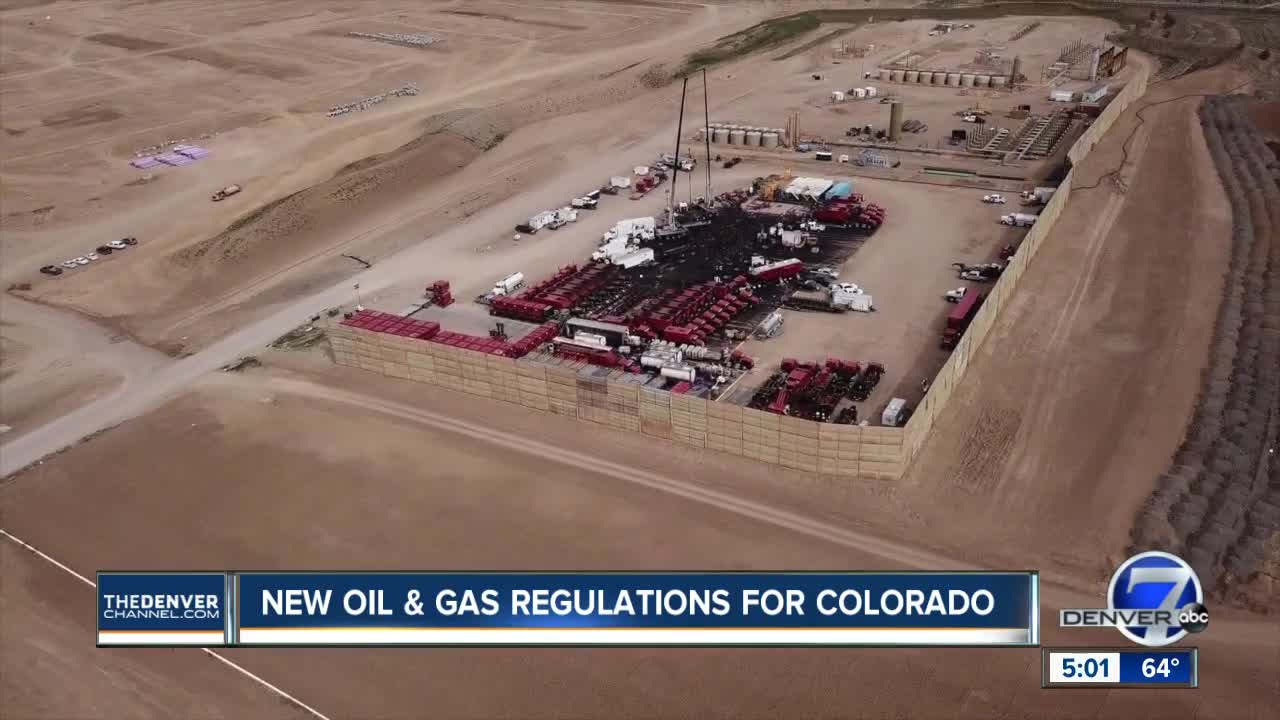 DENVER -- A new era of oil and gas is underway in Colorado and all eyes are on the state Oil and Gas Conservation Commission (COGCC).

The agency has taken a lot of heat in recent years, and is now in charge of writing newly-approved drilling regulations and rules under SB19-181.

"We're rolling up our sleeves on a daily basis to make sure we get this right," said recently appointed COGCC Director Jeff Robbins.

Robbins is helping lead the most significant overhaul of oil and gas regulations in Colorado in 60 years, which is already underway after Gov. Jared Polis signed the bill into law April 16.

The measure changes the mission of the COGCC from "fostering development" to "prioritizing public health." It also gives local governments, instead of the state, authority to regulate drilling. Local leaders would also gain power to levy fines for spills, leaks, and emissions and then collect fees to cover those costs.

"We now have a new director, a new commission, and a new mandate," he said. But there has been opposition to the bill from some in the industry and from Weld County commissioners, who on Monday signed a proclamation in support of the oil and gas industry and the families it employs.

Robbins is vowing to change the public's perception of the commission, which activists have long seen as a rubber stamp agency for the oil and gas industry.

"As we go through the rulemaking process, it's my hope that the perception of the commission is tempered a bit," he said. "New elements of opportunity for this commission to hear people, to have robust rulemaking, to invite stakeholders to be involved, and to listen."

The COGCC released interim guidelines Friday for companies to comply with the law. The commission also outlined proposed steps for handling drilling applications until all the new rules are in place.

The new law does not change the setback, which allows new drilling 500 feet from homes and 1,000 feet from schools, but Robbins said that conversation is not off the table.

"We've got the 500-foot setback now, yeah know, is that reevaluated? That's sort of to be seen," said Robbins.

COGCC is taking written comments on the guidelines until April 29.

The commission's first hearing under the new law starts on May 20.