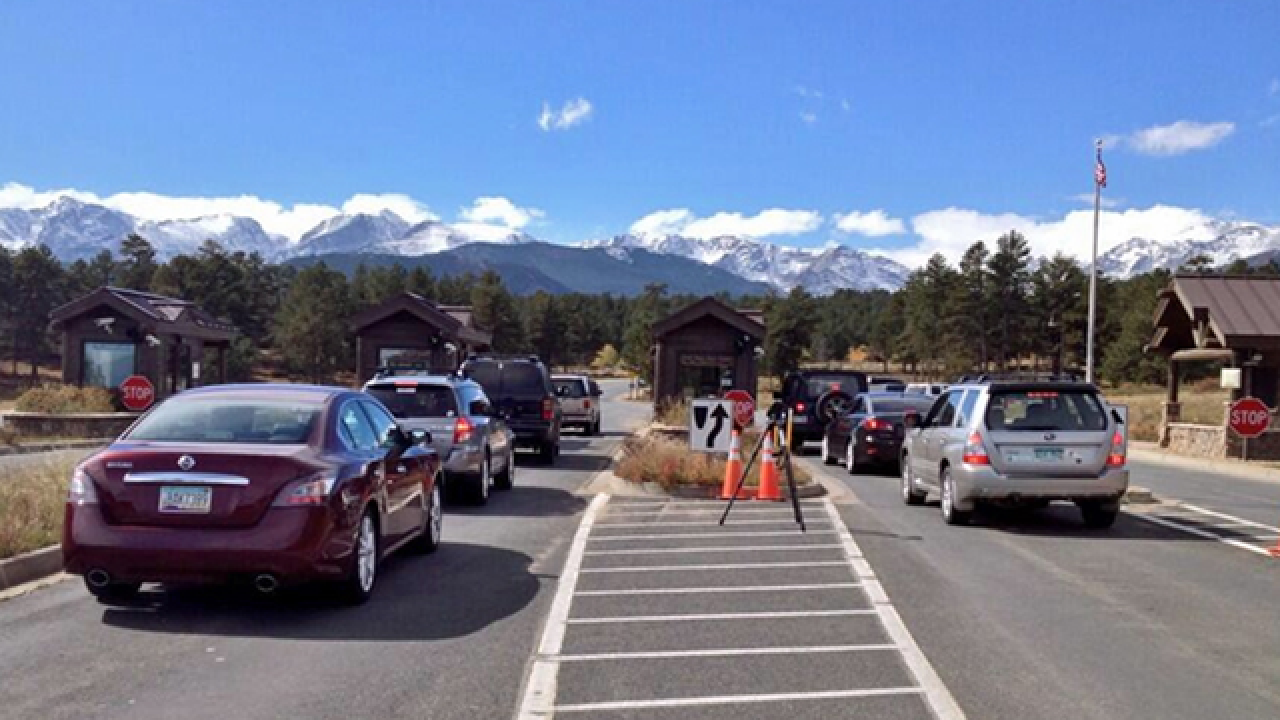 DENVER – The U.S. National Park Service has granted an additional 30 days for the public comment period for people to sound off on the proposed fee hike that would triple the amount it costs to visit certain parks, like Rocky Mountain National Park.

NPS said Tuesday it had already received more than 65,000 comments on the proposed hikes ahead of the original Thursday deadline. It said the new deadline, set for Dec. 22, was made “to accommodate interest in this issue from members of Congress and the public.”

Both of Colorado’s U.S. senators have questioned the proposed increase in recent weeks.

The fee hike would apply to 17 of the highest-trafficked national parks across the country. In Colorado, Rocky Mountain National Park would see its daily fee between June 1 and the fall increase to $70 per vehicle—more than triple the current $20 fee.

But under the rules, a person could also get a pass specifically to Rocky Mountain National Park for $75 a season.

NPS argues that increasing the peak fees for the 17 parks “could increase national park revenue by $70 million per year,” which it says would help improve infrastructure and amenities inside the parks. Much of the impetus for the proposal is a maintenance backlog at national parks that numbers into the hundreds of millions of dollars.

But several Estes Park business owners, as well as Sens. Cory Gardner (R) and Michael Bennet (D), have balked at the proposed increases.

Kevin Gardner, who runs Wildside 4x4 Tours, said he believes there would be “a pretty significant decrease” in tourism to Estes Park, though another business owner said the park was “overused” and that complaints about restricted access to the park the fee increase might create were “ridiculous.”

And Gardner, who sits on the Senate Energy and Natural Resources Subcommittee on National Parks, sent a letter to NPS Acting Director Mike Reynolds calling for the 30-day extension of the public comment period, saying the increase “could unfairly burden the public.”

“I am thankful to Acting Director Reynolds for heeding my call and extending the comment period,” Gardner said in a statement. “Colorado’s National Parks are one of our greatest resources, and keeping them open and accessible to the public is one of my top priorities.”

Rep. Jared Polis, D-Colo., who is also running for governor in 2018 called the proposed fee increase "outrageous" and a "backdoor effort to cut us off from our public lands."

"I am pleased that the National Park Service is extending the deadline for the public to weigh in on the proposed fee changes...we need to invest in our national treasures, but pricing out families who desire to enjoy nature is not the answer," Polis said.

Anyone who wishes to submit a comment before Dec. 22 can click here to fill out a form online. Written comments can be submitted to National Park Service, Recreation Fee Program, 1849 C Street, NW, Mail Stop: 2346 Washington, D.C. 20240.