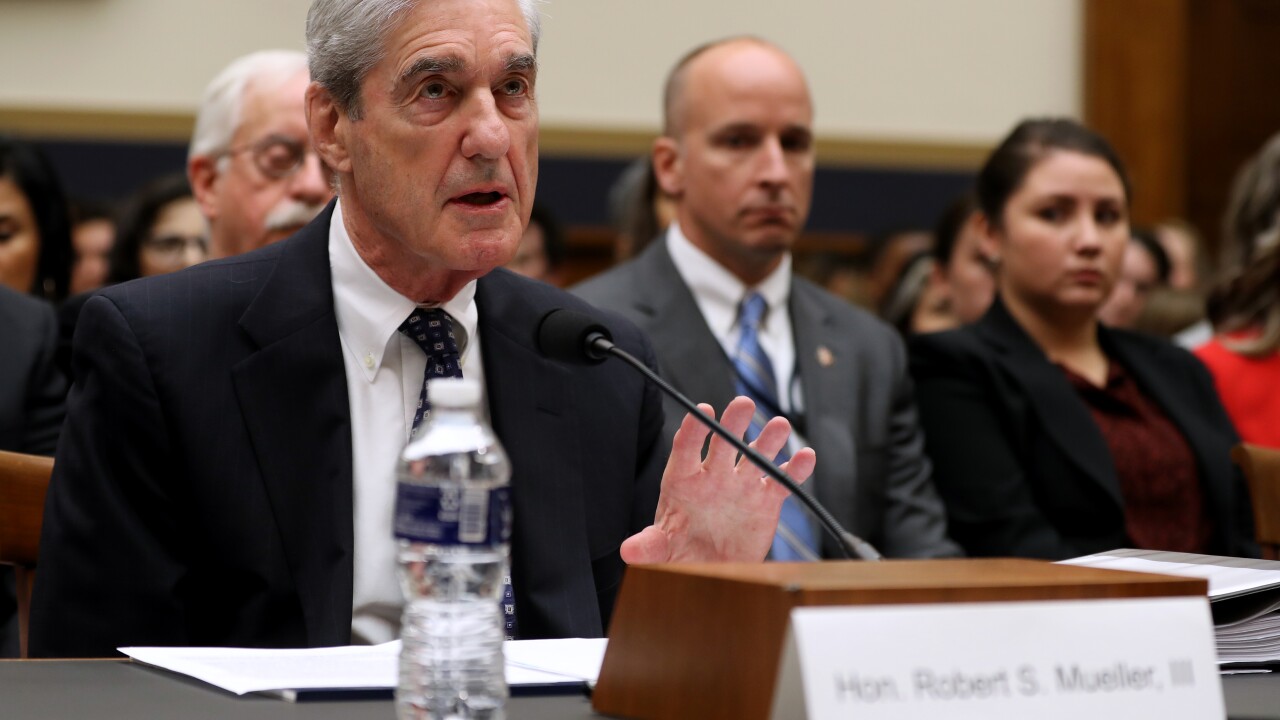 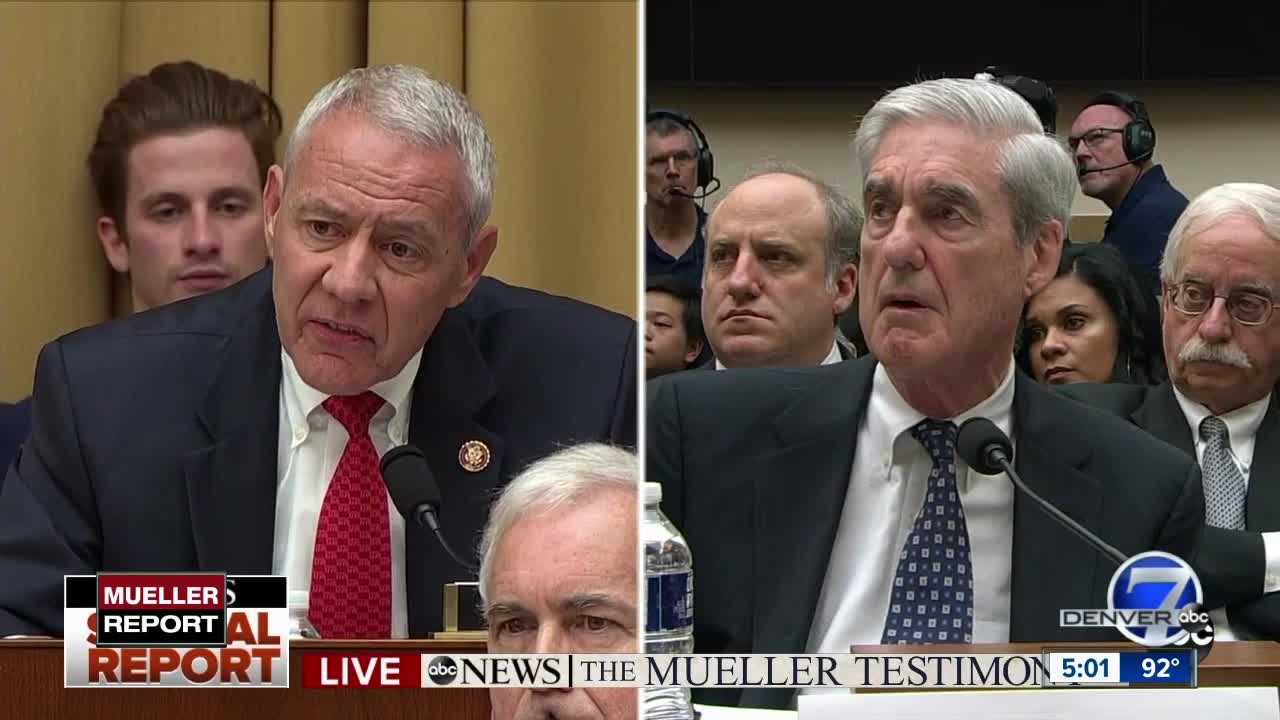 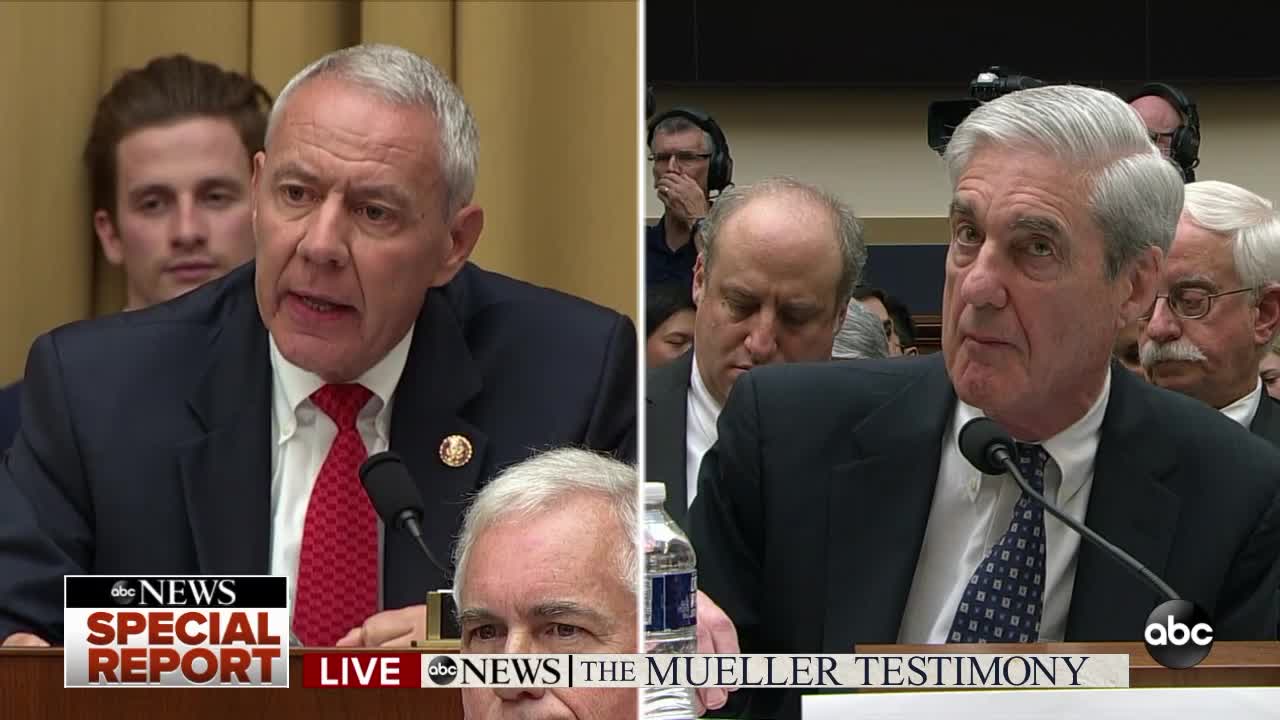 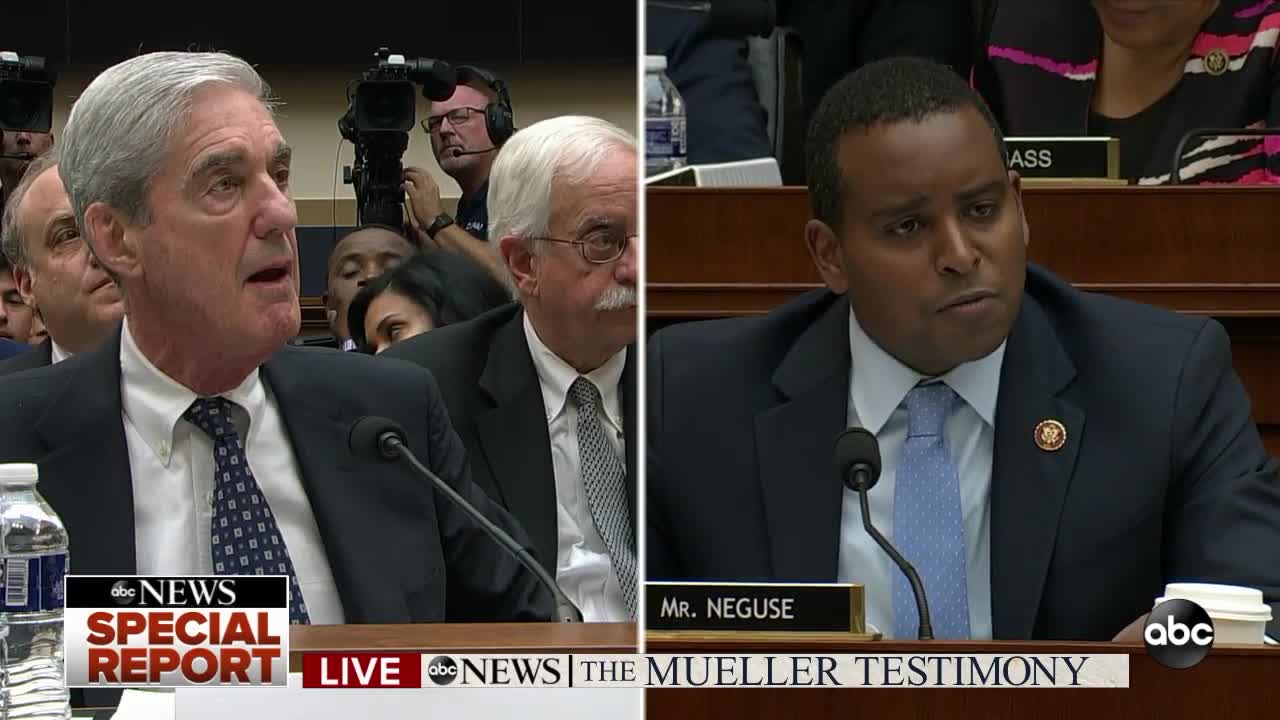 DENVER – Two of Colorado’s congressmen – Republican Ken Buck and Democrat Joe Neguse – questioned Special Counsel Robert Mueller Wednesday morning about whether the president could be indicted after he leaves office and about the notorious Trump Tower meeting involving the president’s son and Russian representatives, among other topics.

Buck and Neguse are both members of the House Judiciary Committee, which was the first to question Mueller Wednesday about his two-volume report outlining the investigation into Russian interference in the 2016 election and whether President Trump, his associates or campaign committed obstruction of justice.

Mueller tersely told the committee members – often speaking in short sentences – that President Trump was not totally exonerated, which Trump has claimed, by his report and rejected that his investigation had been a “witch hunt.”

One of the most-discussed moments of the Judiciary Committee hearing involved Buck, who began the hearing by outlining Mueller’s storied credentials as a prosecutor, then told him that he was puzzled by his handling of the case.

He went on to outline all the reasons why he believed Mueller “unfairly shifted the burden of the proof to the president, forcing him to prove his innocence while denying him a legal forum to do so.”

Rep. Ken Buck, R-Colo., questions Robert Mueller about whether Trump can be charged once he leaves office

Read the full transcript of the exchange between Buck and Mueller here.

Buck asked Mueller why he and his team did not make a calculation on whether or not the president obstructed justice, to which Mueller reiterated that the Department of Justice’s Office of Legal Counsel says that a sitting president cannot be indicted.

Buck charged back, saying: “When it came to obstruction, you threw a bunch of stuff against the wall to see what would stick. And that is fundamentally unfair.”

Mueller said he “would not agree to that characterization at all” and told Buck that they had duly provided the attorney general with a confidential memo outlining their understanding of the case. He said again that the president could not be charged with a crime.

That’s when Buck asked if Mueller “could charge the president with a crime after he left office.”

“You believe that he committed – you could charge the president of the United States with obstruction after he left,” Buck asked again.

“Yes,” Mueller responded. He explained to Buck, again, the OLC’s opinion on prosecuting a sitting president.

“Nonetheless, he can continue the investigation to see if there are any other persons who might be drawn into the conspiracy,” Mueller said, getting the last word, as Buck’s time expired.

Neguse questioned Mueller about an hour later and stuck to the parts of Mueller’s report that focused on possible obstruction involving aides and family members of President Trump’s – specifically the Trump Tower meeting in which Donald Trump Jr., Jared Kushner and Paul Manafort met to obtain “dirt” on the Hillary Clinton campaign.

Read the full transcript of the exchange between Neguse and Mueller here.

Mueller told Neguse that Trump Jr. was indeed the only Trump associate who participated in the meeting who was not voluntarily interviewed by the special counsel’s office.

Neguse then asked Mueller: “Did Mr. Trump Jr. or his counsel ever communicate to your office any intent to invoke his Fifth Amendment right against self-incrimination?”

“I’m not going to answer that,” Mueller responded.

Neguse went on to ask Mueller about portions of his report that discuss Hope Hicks and what she knew about the meeting, as well as the statement that President Trump allegedly dictated to her after the meeting in which they lied about the purpose of the meeting, saying it was about Russian adoptions when it was really about “dirt” on the Clinton campaign.

“According to Ms. Hicks, the president still directed her to say the meeting was only about Russian adoption, correct?” Neguse asked.

“Despite knowing that to be untrue,” Neguse finished. “Thank you, Director Mueller,” he said as he yielded back the rest of his five minutes.

“Special Counsel Mueller confirmed to me today that the President directed his Communications Director Hope Hicks to lie publicly about the June 9th meeting at Trump Tower, because he believed emails on the meting ‘would not leak,’” Neguse tweeted after the hearing.

Mueller was questioned by the House Intelligence Committee after the House Judiciary hearing concluded. In the second hearing, he told members of the committee he didn’t subpoena President Trump because his office expected the president would fight the subpoena and thus drag out the length of the investigation and delay its conclusion.