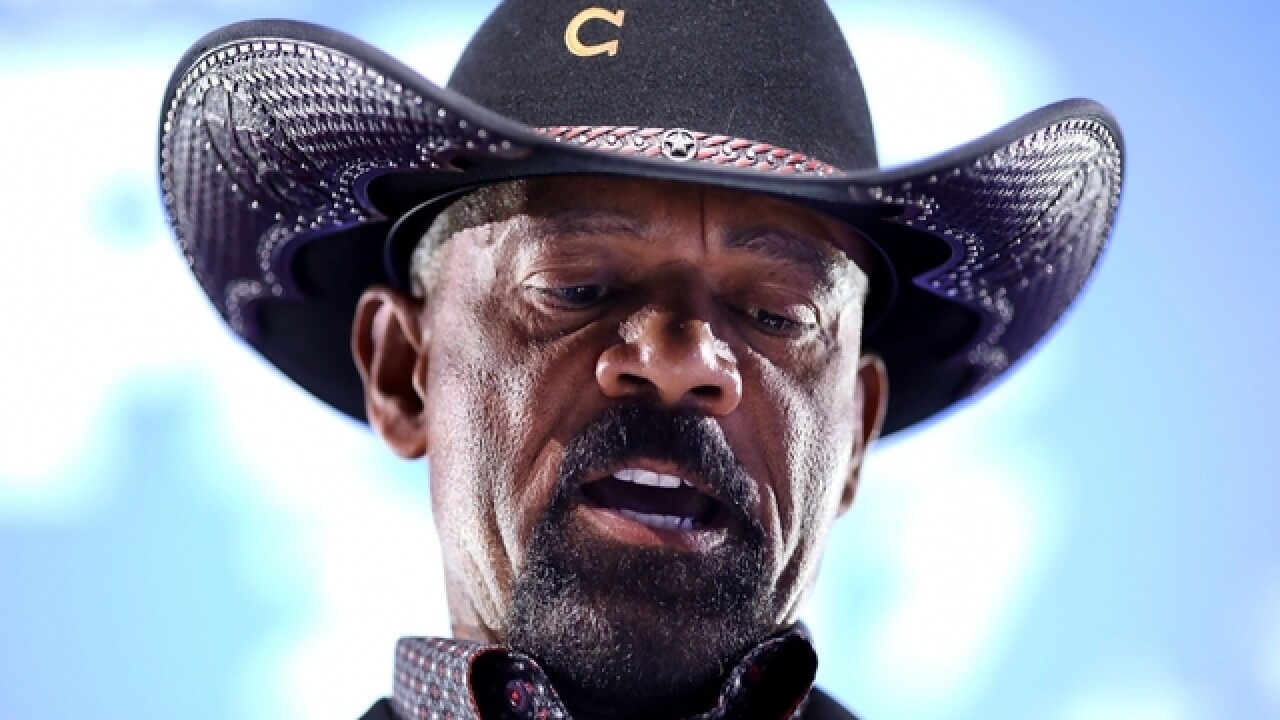 MILWAUKEE (AP) — Milwaukee County Sheriff David Clarke, who built a following among conservatives with his provocative social media presence and strong support of Donald Trump, said Wednesday that he's taken a job as an assistant secretary in the Department of Homeland Security.

The tough-talking, cowboy hat-wearing firebrand said in an interview with WISN-AM talk radio host Vicki McKenna that he will work in the Office of Partnership and Engagement as a liaison to state, local and tribal law enforcement agencies. He will start in June.

"I'm both honored and humbled to be appointed to this position," Clarke said.

Clarke has made himself a darling of the political right through his brash social media presence, his staunch support for Trump's crackdown on illegal immigration and his support for patrolling of Muslim neighborhoods. He's one of the most polarizing figures in Wisconsin politics.

"Our country deserves better," Milwaukee County Executive Chris Abele, who has repeatedly clashed with Clarke, said of his appointment to the DHS position.

Abele said Clarke has engaged in "gratuitous name calling, insults of other public officials, questioning judges' sentences. In general the focus is on what you should be angry about, not what to like."

Clarke was one of the few African-Americans to speak at the Republican Party convention last year. He has been vocal about gun rights and critical of what he called the "hateful ideology" of the Black Lives Matters movement, saying at times, "Stop trying to fix the police, fix the ghetto."

Clark has been sheriff of Milwaukee County since 2002 and spent more than two decades before that with city's police department.

A lengthy inquest into the dehydration death of a Milwaukee County Jail inmate raised troubling questions about how Clarke manages the jail, just as the White House was said to be considering him for the job. Seven jail staffers could face criminal charges after the Milwaukee County District Attorney's Office outlined a case for the jury suggesting that disobedient inmates were routinely deprived of water as punishment and pleas for help were ignored.

Clarke wasn't among the seven staffers on the jury's list because prosecutors say he wasn't directly involved in the events that led to the death last year of 38-year-old Terrill Thomas, who was deprived of water for seven days. But the death happened under his leadership, which his critics said was sufficient cause for Clarke to be fired. Clarke has said little about Thomas' death.

Despite the investigation into his jail, Clarke remained popular with many conservatives, including some who had been trying to get him to run for U.S. Senate next year against Democratic Sen. Tammy Baldwin.

Last year, the frequent Fox News guest earned more than $105,000 in speaking fees — almost as much as his sheriff's salary — at more than three dozen events across the country.