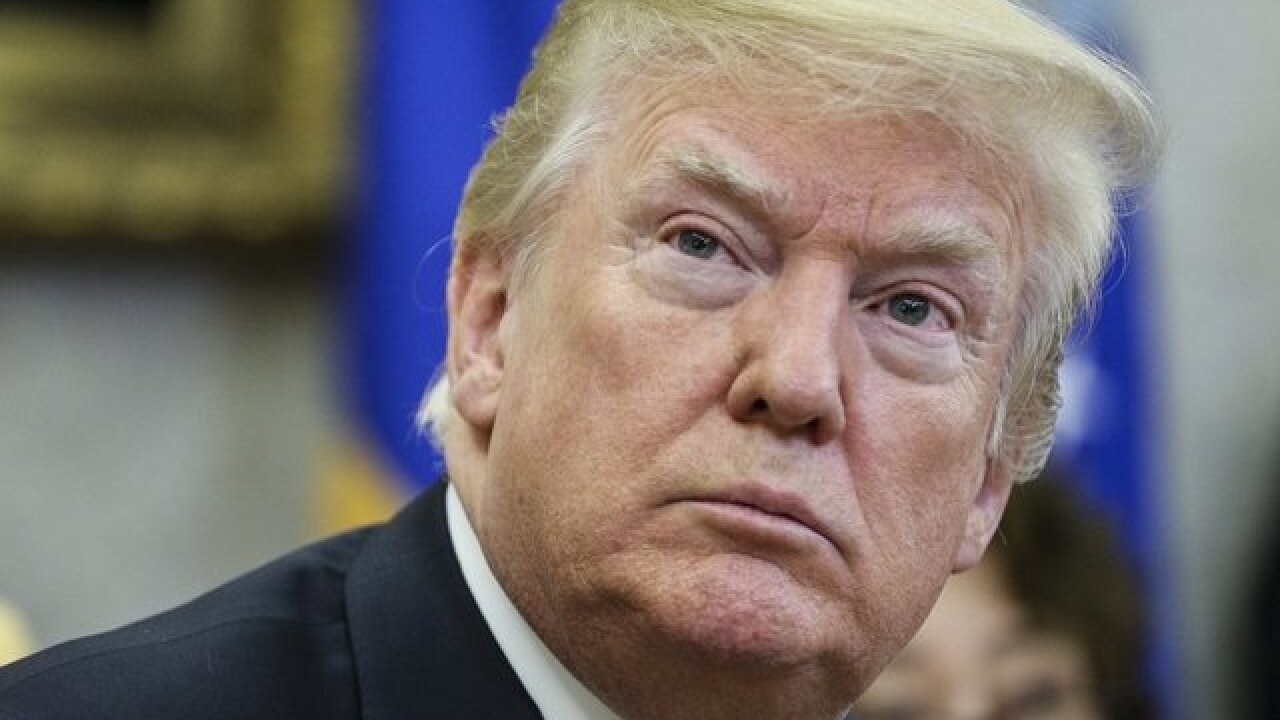 DENVER – As President Donald Trump and his attorneys work to push the envelope over his executive powers regarding pardons and special counsel Robert Mueller’s investigation, several of Colorado’s Republican members of Congress remain mum on the actions of the president and his attorneys.

Trump tweeted Monday that he has an “absolute right” to pardon himself but added a caveat that he has “done nothing wrong.” He also tweeted that the Justice Department’s “appointment of the Special Counsel is totally UNCONSTITUTIONAL.”

Those tweets came on the heels of a bombshell weekend story in the New York Times, which obtained a 20-page memo that Trump’s lawyers sent to Mueller’s office in January regarding an outline for questioning the president. In the memo, Trump’s attorneys essentially said that as chief executive, Trump is empowered by the U.S. Constitution to take whatever actions he wishes in regards to criminal investigations and pardons.

But the attorneys’ views have been widely panned by many who say that the president is trying to take advantage of legal precedents that have never been tested in courts—both regarding whether a sitting president can be subpoenaed or pardon himself.

The Supreme Court ruled in 1974 that President Richard Nixon had to turn over subpoenaed recordings and documents; President Bill Clinton was subpoenaed as part of the Whitewater investigation but it was withdrawn after he gave four hours of planned testimony and a sexual harassment lawsuit was also allowed to proceed.

In regards to pardons, the Department of Justice’s Office of Legal Opinion wrote in 1974 that presidents couldn’t pardon themselves “under the fundamental rule that no one may be a judge in his own case.” But that has also not been tested in court.

Democratic Senate Minority Leader Chuck Schumer, D-N.Y., said Trump was “0 for 2 on the Constitution this morning,” and Senate Judiciary Committee Chairman Chuck Grassley, R-Iowa, told CNN, “If I were president of the United States and I had a lawyer that said I could pardon myself, I think I would hire a new lawyer.”

Reaction from Colorado's members of Congress

Among Colorado’s members of Congress, Rep. Mike Coffman was the only Republican to comment on the president’s latest Twitter insinuations, along with all of the state’s Democratic representatives in Washington.

“I don’t believe the President can pardon himself. It’s an absurd idea,” Coffman said in a statement to Denver7. “The rule of law applies to everyone—no matter their position or office.”

Denver7 sent two emails each to the spokespersons for Republican Reps. Ken Buck, Scott Tipton and Doug Lamborn, respectively, on Monday but none of them returned those emails. Buck sits on the House Judiciary Committee, which would have to start any impeachment proceedings against a sitting president.

Spokespeople for Sen. Cory Gardner, R-Colo., said the senator was on a plane and was not available for comment.

They pointed Denver7 back to previous statements made by Gardner, who chairs the National Republican Senatorial Committee, over the past year to Politico and Salon regarding the special counsel’s investigation, including the one he made to Denver7 when Mueller was appointed: “I fully support the decision to appoint former FBI Director Robert Mueller to oversee the ongoing investigation into Russia. We need to get all the facts, and Mueller is the type of person that is respected and trusted by both Republicans and Democrats and will put country over politics.”

Colorado’s Democrats on Capitol Hill were more eager to share their views.

“Nobody is above the law in the U.S. Nobody, especially the President. President Trump’s claim that he is able to pardon himself is alarming because it signals that he is operating under the belief that he can escape all consequences,” said Rep. Jared Polis, D-Colo., in a statement to Denver7. “Every time he tweets about the investigation, he undercuts justice, attempting to raise doubt about an investigation that already produced guilty pleas.”

“At every turn, President Trump continues to delegitimize the Mueller investigation and our law enforcement community while regularly behaving as if he is above the law. This pattern of behavior is inappropriate and very concerning,” Rep. Ed Perlmutter, D-Colo., told Denver7 in a statement. “The President insists he has done nothing wrong but his actions would indicate otherwise – so much so that I’m curious what the president and his inner circle are hiding.”

“Special Counsel Mueller is conducting a serious, thorough investigation for which he is authorized to do so, and the American people deserve to have the investigation reach its natural and appropriate conclusion without interference from President Trump or his allies,” Perlmutter added.

“North Korea’s nuclear program, unfair trade practices, a broken immigration system, and rising health care costs are just a few of the issues Coloradans & Americans are relying on us to fix,” Bennet tweeted. “The President’s tweets this morning show how little he’s got his eye on the ball.”

“No president is above the law. But this one evidently thinks he is – or should be,” DeGette tweeted. “And the more he makes offhand remarks or tweets about pardons, our judicial system and investigation by the FBI, the more he incriminates himself – as an authoritarian, bully and bad example.”

It's unclear if Trump will sit for an interview with Mueller, especially after the publication of his lawyers’ memos. But his newest attorney, Rudy Giuliani, said on NBC’s Meet the Press in regards to a possible Trump pardon that “pardoning himself would be unthinkable and probably lead to impeachment.”

“Impeach him, and then you can do whatever you want to do to him,” Giuliani added.

Press Secretary Sarah Sanders said repeatedly during Monday's press briefing: "Thankfully, the President hasn't done anything wrong and wouldn't have any need for a pardon.