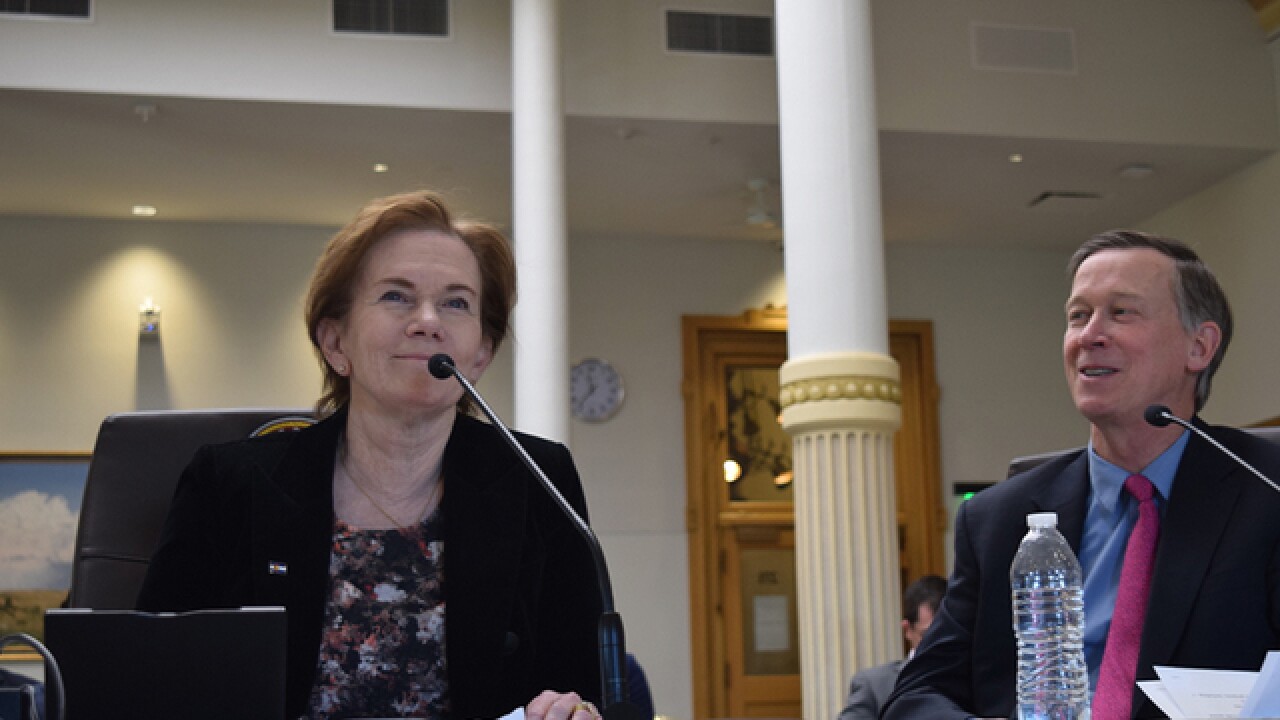 Gov. John Hickenlooper's pick to replace outgoing Lt. Gov. Joe Garcia sat before the House State Veterans and Military Affairs Committee for the first confirmation hearing of this kind that anyone on the panel could remember.

"I got a text several months ago from the Governor and it was, 'Please call me and have an open mind' and that's why I'm here," Lynne told the committee. "The imprint I hope to leave in this role is greater efficiency and effectiveness, greater accountability and more transparency."

Lynne is currently an executive vice president at Kaiser.

Garcia, who also served as executive director of the Department of Higher Education, told the committee the Governor picked him for two jobs because of his background in higher education. Prior to becoming Lt. Gov., Garcia was president of Colorado State University - Pueblo. Garcia is leaving to become president of the Western Interstate Commission for Higher Education.

Lynne will also fill the role of Chief Operating Officer, a new position created by Hickenlooper. Garcia said that her business background "adds value" to allow her to take on two roles.

"You couldn’t design a more appropriate background,” said Hickenlooper in front of the committee. “She’s going to be able to bring an array of skills to both jobs."

The full House must now approve her confirmation before it moves on to the Senate.