KNOW YOUR VOTE: 7 things to know about Proposition 106, the right-to-die ballot initiative 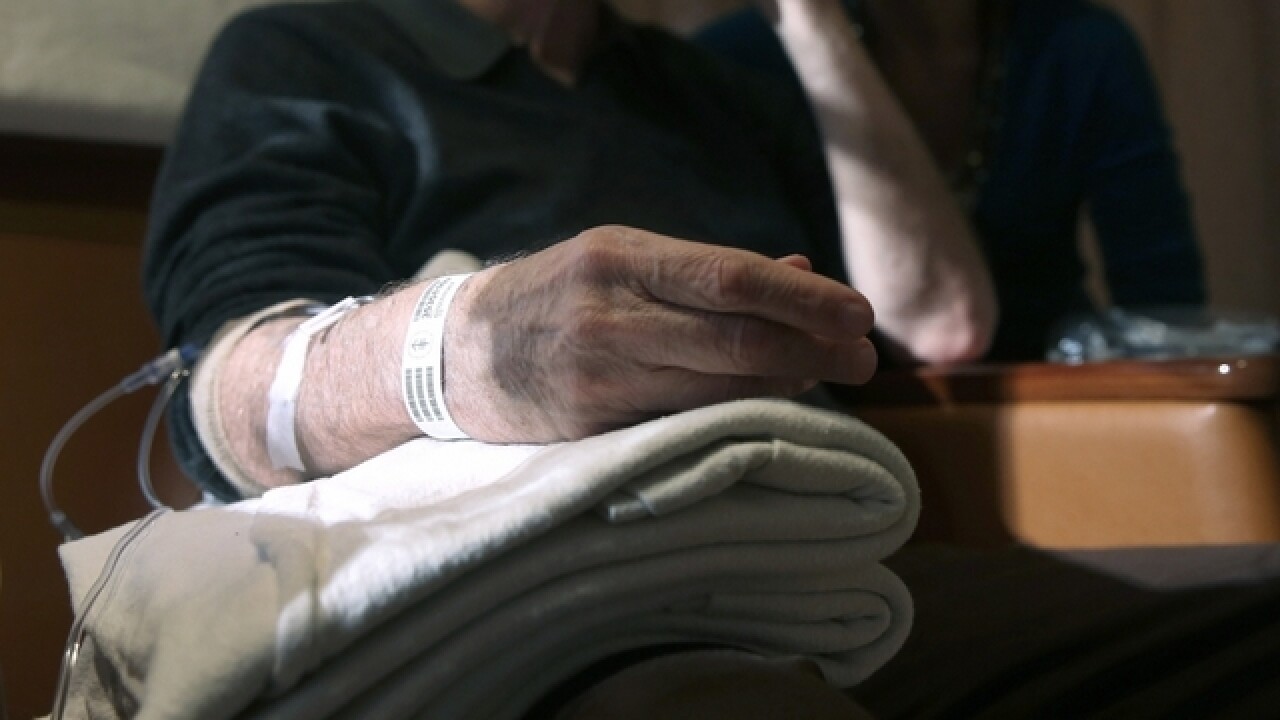 DENVER – In the weeks ahead of the Nov. 8 General Election, Denver7 will be profiling most of the state ballot measures and initiatives. In this edition, we take a look at Proposition 106, also known as Colorado’s “right-to-die” initiative.

Here are 7 things you need to know about Proposition 106:

If approved, the proposition would change Colorado statutes to allow any “mentally-capable” adult aged 18+ with a diagnosed terminal illness that leaves them six months or less to live to receive a prescription from a licensed physician that can be taken voluntarily to end their life.

The person’s primary physician and a secondary physician would both have to confirm the person has six or fewer months to live, and would also have to be deemed mentally-capable enough to make the end-of-life decision by two physicians as well.

The change in statute would create immunity from civil or criminal lawsuits, as well as from professional discipline, for the physicians aiding the patient in dying. Under current law, those physicians face felony manslaughter charges for doing so.

But it would also be a class-2 felony for anyone to tamper with a request for the end-of-life medication or coerce a patient into making an end-of-life decision.

The fiscal impact of the measure is expected to increase state spending by $45,000, which would be spent primarily by the Department of Public Health and Environment in collecting compliance data, according to the Legislature.

Read the measure in its entirety here.

There are five states that have already legalized right-to-die measures: Oregon, California, Montana, Vermont and Washington.

Oregon was the first state to legalize a right-to-die measure into law in 1994, when Measure 16, which established the Death with Dignity Act, passed with 51.3 percent of the popular vote. But it was not finally enacted until October 1997 because of court motions, and a measure on the ballot the next month to repeal the act was overwhelmingly rejected by voters.

Measures in Washington in 1991 and California in 1992 both failed in a general vote.

But in 2008, Washington voters approved by nearly 58 percent Initiative 1000, which established that state’s rules.

Massachusetts voters narrowly rejected Question 2 in 2012, with 51.1 percent voting against the measure.

And in 2013, Vermont’s legislature approved a bill legalizing right-to-die measures, which was signed by its governor. California Gov. Jerry Brown signed his state’s bill in 2015, and Montana’s Supreme Court upheld a ruling that essentially confirmed such measures were legal in the state since no laws explicitly allowed or forbid it.

Colorado’s law is modeled primarily after Oregon’s, as have been many of the other state’s measures that have legalized right-to-die.

In Oregon, 1,545 people have received end-of-life drug prescriptions, and 991 used the medication between 1999 and the end of 2015, according to the Oregon Public Health Division.

More than 20 states brought up the issue in their respective legislatures in the past two years.

3. PAST RIGHT-TO-DIE MEASURES IN COLORADO

Two different right-to-die bills were introduced in the Colorado Legislature this year, but both died before ever reaching the floors of the Senate or House. A similar measure brought forth the year before also died before reaching a floor vote.

Both of the 2016 bills garnered much discussion from both proponents and opposition groups in committee meetings, but party-line votes in several committees ensured neither measure ever reached the floors.

Reps. Joann Ginal, D-Fort Collins, and Lois Court, D-Denver, said after pulling their bill in February they would re-introduce the measure in 2017, though that may not be necessary if voters approve the measure.

And the measure has garnered wide support so far, including from Colorado Gov. John Hickenlooper. Court and Ginal both support Proposition 106, as do state Senators Lucia Guzman and Michael Merrifield – both Democrats.

Former Republican Senator Greg Brophy has come out in support of the measure, as have Former State Treasurer Cary Kennedy and Former Attorney General J.D. MacFarlane – both Democrats.

Yes on 106, also known as Yes on Colorado End-of-Life Options, is the chief political action committee supporting the proposition.

Clinical psychologist Andrea Maikovich-Fong, who works most often with cancer patients, writes on the Yes on 106 website the following:

“Unfortunately, there is sometimes a point at which the human body no longer has the capability to successfully heal, and it is inevitable that death will come soon. At this point, suffering is no longer a sacrifice bravely made toward the end goal of ultimate survival, but for some it becomes simply a painful state that precedes an inevitable, close death.”

Also supporting the measure is Dan Diaz, the wife of Brittany Maynard, who was among the faces of Oregon’s right-to-die measure when she moved from California to Oregon to end her life. She was terminally ill with a brain tumor. Maynard’s story has been told in an advertisement promoting Proposition 106.

Many of the concerns from people and groups opposing right-to-die laws stem from worries over the capabilities of people to make logical decisions to end their lives, and other possibly extenuating circumstances, such as depression, that might lead a person to end their life early.

Many have pointed to new medical technology that can prolong one’s life as reason to not allow end-of-life medications to be administered.

Some have also pointed to cases deemed questionable uses of right-to-die laws over the years, including a case in Oregon in which an 85-year-old woman was allegedly taken to several different doctors, some of whom denied to approve her for the medication, until she finally received approval from two different doctors.

Opponents have also said such a law could force physicians to feel pressured to diagnose someone as having six or less months to live and leaves open the possibility of someone ending their life after being misdiagnosed.

Proponents say the measure safeguards against most of the issues opponents have brought up.

Religious organizations have been the most vocal opponents of Proposition 106, including the Colorado Catholic Conference, Archdiocese of Denver, and Archdiocese of Colorado Springs. Colorado Christian University, The Church of Jesus Christ of Latter-Day Saints Office of the First Presidency and the president of the Chuck Colson Center for Christian Worldview have all opposed the measure as well.

But out-of-state interests have also voiced opposition to the measure, including Nebraska Gov. Pete Ricketts, a Republican, and the Archdiocese of Kansas City.

No on Prop 106 is the chief political action committee opposing the measure, but Coloradans Against Assisted Suicide has also backed the opposition effort.

Denver surgeon Charles Hamlin has given $25,000, and California philanthropist Catherine Podell has given $15,000.

In total, the largest sums of money have gone to advertising, as well as consultant and professional services.

Coloradans Against Assisted Suicide’s money all came from Rochester, New York-based Center for Disability Rights. It has yet to spend any of the money.

No Assisted Suicide Colorado has spent all but $3,000 of its money –$1.7 million of the money was spent in the three weeks that have passed so far in October. Most of it has been spent on consulting and advertising.

The poll found 70 percent of the group supported Proposition 106, 22 percent opposed it and 8 percent of the 540 voters were undecided. The margin of error in the poll was plus/minus 5.1 percent.

Both the Aurora Sentinel and Greeley Tribune have endorsed the measure. The Sentinel said the proposition is “long overdue,” and the Tribune said the measure would hopefully “offer a number of Coloradans some much-needed compassion.”

But the Colorado Springs Gazette, Denver Post, Longmont Times-Call and Loveland Reporter-Herald have all come out in opposition of the measure.

The Gazette editorial board called the proposal “reckless,” and though The Post had backed the similar measure when it was in the Legislature, its editorial board worried some reporting measures were stricken from the latest measure and that it “would entice insurers to drop expensive treatments for terminal patients even when medical advances might add months or years more to a life that a patient may wish to take.”

Stay posted to Denver7 for more upcoming reports on state and local ballot initiatives Coloradans will be voting on Nov. 8.