Kim Jong Un calls Sen. Cory Gardner a 'psychopath' who is 'mixed in with human dirt' 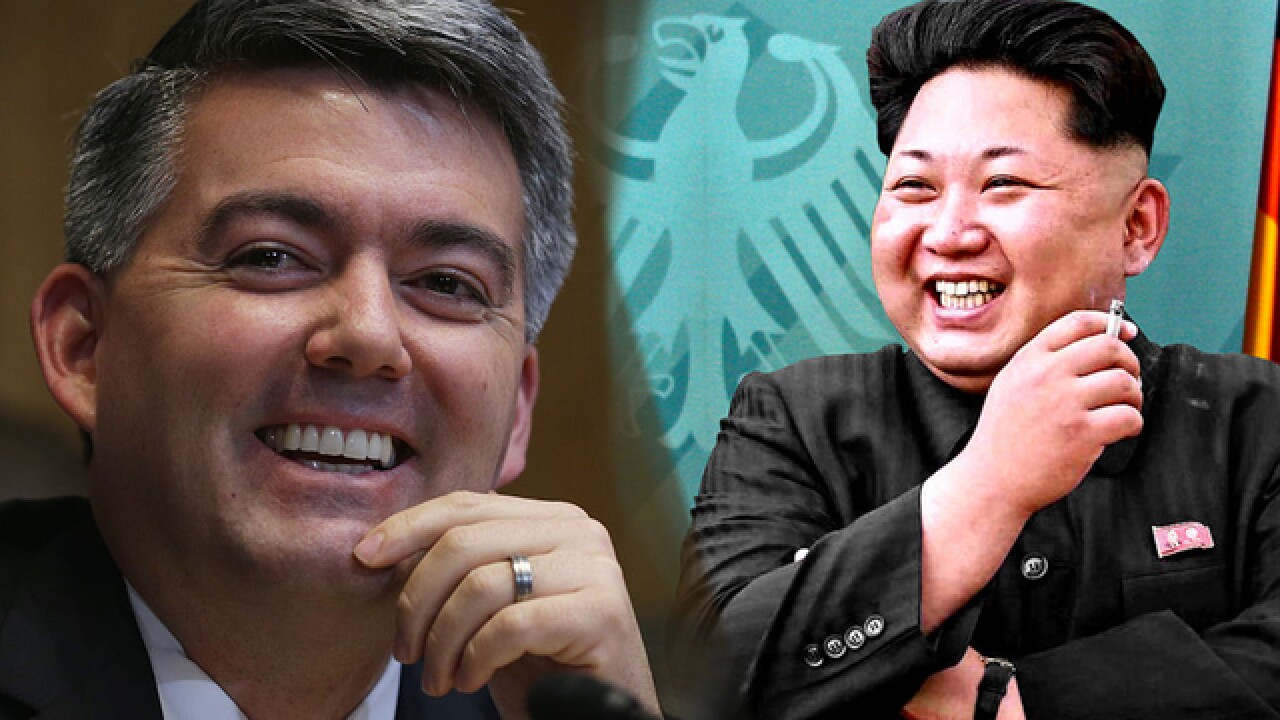 Gardner made the comments last week on MSNBC’s Morning Joe , when he said “most people agree” that Kim is a “whack job.”

“This is a crazed maniac at the helm of one of the world’s nuclear regimes, trying to become a nuclear regime,” he said. “We shouldn’t be in the position of flattery.”

“On May 3, some [expletive] by the name of Cory Gardner, who sits on the U.S. Senate Foreign Relations Committee, perpetrated wicked blasphemy against our supreme dignity during an interview with NBC,” UPI’s translation of the KCNA statement read.

“For a psychopath like the [expletive] Gardner, to hurl evil accusations at our highest dignity, is a serious problem…That a man mixed in with human dirt like Gardner, who has lost basic judgment and body hair, could only spell misfortune for the United States.”

But Gardner responded again Monday, digging his heels in and calling Kim a “madman.”

“The United States is not going to sit idly by while Kim Jong Un tries to hold the world hostage with his illicit arsenal of mass destruction,” the senator said. “I’m going to continue to call on the President to fully enforce my legislation that will economically cripple the North Korean Regime, and if that gets this madman to send nonsensical insults at me so be it.”

Congress is in the midst of approving new sanctions against North Korea that target the country’s shipping industry and workforce amid heightened tensions over North Korea’s ballistic missile and nuclear programs.

U.S. Secretary of State Rex Tillerson has urged other Asian nations to pressure North Korea to dismantle its programs as well.

Gardner has been one of the most ardent voices in Congress in pressing the Kim regime in North Korea to stop its missile and nuclear programs, as well as its alleged human rights violations.

“I think it’s clear that North Korea continues to rise in its level of threat,” Gardner told Denver7 after a briefing on North Korea at the end of April. “We know that the conditions on the Korean Peninsula are at their most unstable point since the armistice, and that fact is they’re developing a nuclear weapon and they’re trying every day to hit the homeland of the United States with.”

North Korea’s mission to the U.N. said at the same time that  the nation’s government would react to a “total” war with the U.S. with nuclear war, adding that the isolated nation would “surely win a victory in the death-defying struggle against the U.S. imperialists” and that North Korea “can never be frightened” by the Trump administration.

And though all signs pointed to efforts by the U.S. to engage in diplomatic negotiations, the  State Department said  it “remain[s] prepared to defend ourselves and our allies.”

President Trump said in an interview two Sundays ago that he would be “honored” to meet with Kim “if it would be appropriate.”