Kelly calls 'BS' on report he called Trump an idiot 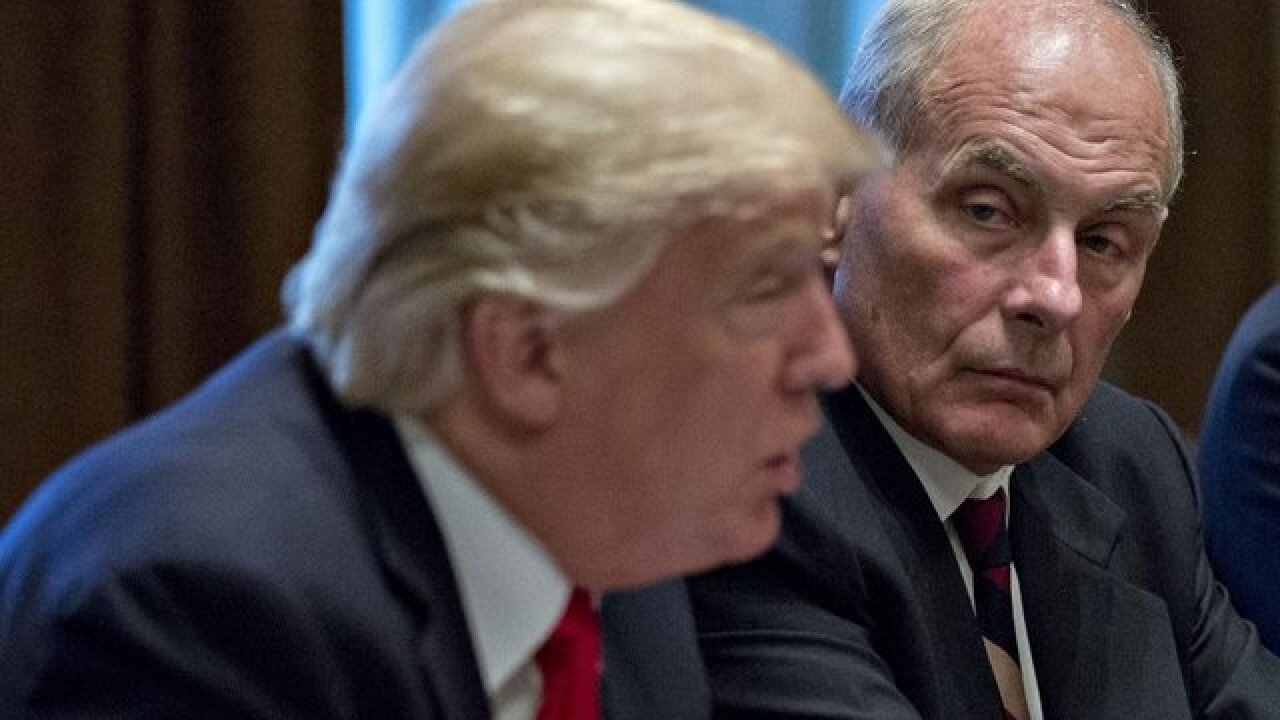 Kelly, in a statement, says he and Trump have "an incredibly candid and strong relationship."

He adds, "He always knows where I stand and he and I both know this story is total BS."

NBC reported Monday that Kelly has criticized Trump's knowledge on issues like immigration, and cast himself as a protecting the country from Trump's impulses. The report added that Trump was growing tired of Kelly's attitude.

Trump has chafed at Kelly's controlling management style, and has occasionally talked with friends about replacing him.

Kelly says NBC's report "is another pathetic attempt to smear people close to President Trump and distract from the administration's many successes."