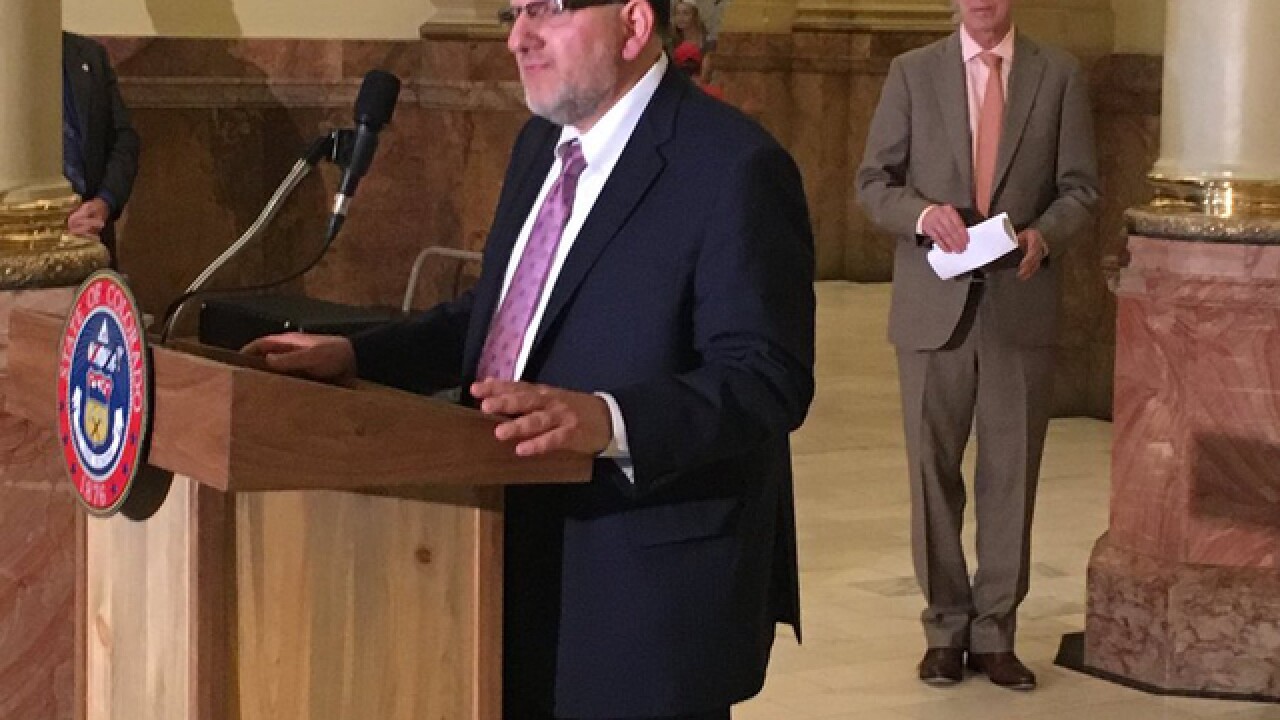 DENVER – Carlos A. Samour Jr. is the newest Colorado Supreme Court justice after he was appointed Wednesday by Gov. John Hickenlooper.

Samour will replace Chief Justice Nancy Rice, who announced in March that she was retiring at the end of June after serving nearly 20 years on the state’s top court.

Samour is currently the chief judge in the 18th Judicial District, which covers Arapahoe, Douglas, Elbert and Lincoln counties.

Ladies & gentlemen, we present to you: The Supremes! As in court justices . . . with the appt. by Gov. Hickenlooper newest member Carlos Armando Samour, Jr., immigrant from El Salvador and presiding judge in the Aurora theater shooting trial. Congratulations @DenverChannel pic.twitter.com/N1tIhnuFsx

Samour presided over the trial of Aurora theater shooter James Holmes, who was eventually convicted, but not after his attorneys tried to get Samour off the trial —a request Samour denied by saying it was his duty to ‘unconditionally defend the dignity and honor of his Court.”

Samour, an immigrant from El Salvador, is the fifth justice on the seven-member panel to be appointed by Hickenlooper during his time in office, according to The Denver Post.

We are delighted to appoint Carlos Armando Samour, Jr. to the CO Supreme Court. He has presided over some of CO’s highest profile cases & has distinguished himself as being fair & impartial regardless of the magnitude of the case. #coleg #COSpirit https://t.co/IDlPzsRfVS pic.twitter.com/FzRVxZr5c5

"We are delighted to appoint Carlos Armando Samour, Jr. to the CO Supreme Court," Hickenlooper tweeted. "He has presided over some of CO's highest profile cases & has distinguished himself as being fair & impartial regardless of the magnitude of the case."