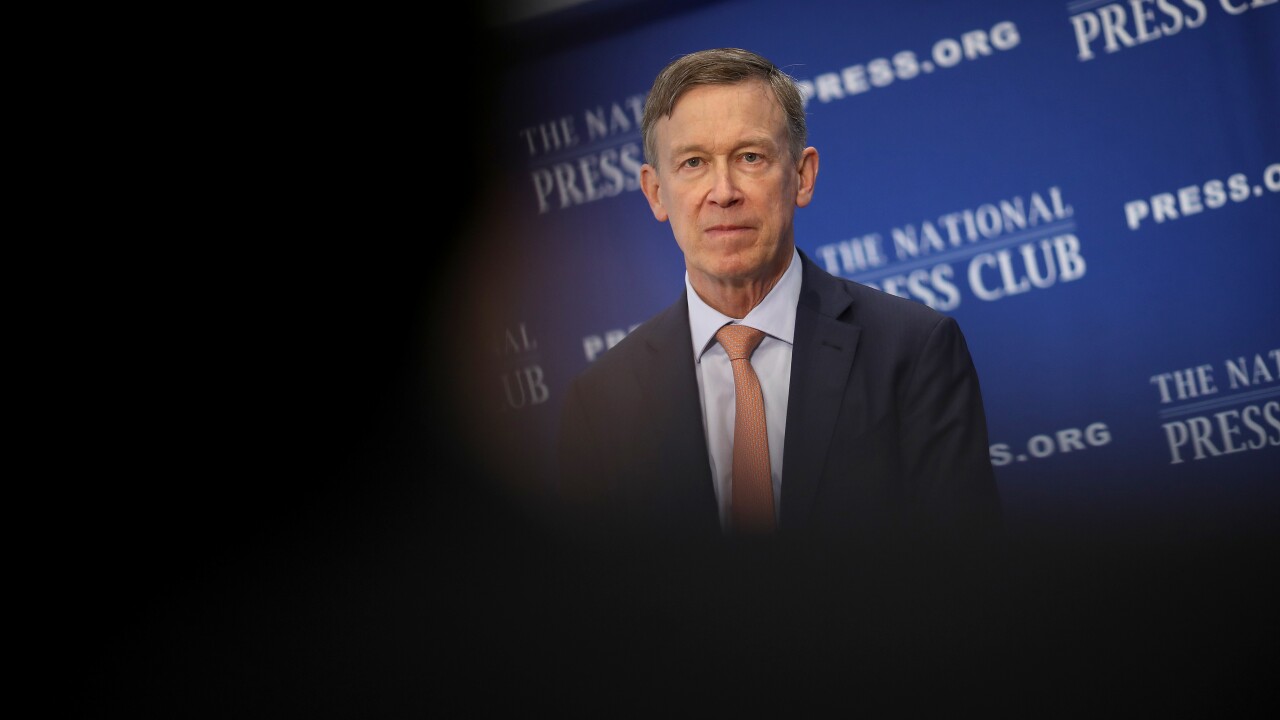 Win McNamee/Getty Images
WASHINGTON, DC - JUNE 13: Democratic presidential candidate and former Colorado Gov. John Hickenlooper speaks at the National Press Club on June 13, 2019 in Washington, DC. Hickenlooper denounced democratic socialism during his remarks saying, "I fundamentally disagree that we should do away with the democratic, regulated capitalism that has guided this country for over 200 years.” (Photo by Win McNamee/Getty Images)

DENVER (AP) — Top members of former Colorado Gov. John Hickenlooper's campaign are departing in a major shakeup as the brewpub owner-turned-politician tries to turn around his struggling presidential bid.

Campaign manager Brad Komar and national finance director Dan Sorenson have left the campaign. Spokeswoman Lauren Hitt confirmed their departures and said she, too, will exit the campaign in the coming weeks.

The departures come after the close of the second quarter of campaign fundraising. Hickenlooper is expected to lag well behind the Democratic National Committee's benchmark of 130,000 donors needed to qualify for the debate stage in September — one of several candidates who could fail to meet that threshold.

Hickenlooper, who served two terms as governor of a Western swing state, has struggled to gain attention in the crowded Democratic field. He has touted moderate positions and repeatedly warned Democrats they risk being tagged as socialists by tacking too far to the left.

But with several candidates, and many Democratic voters, embracing more liberal positions, Hickenlooper's message — or at least the messenger — has failed to resonate. He was roundly booed last month at the California Democratic Party convention when he condemned socialism .

Hickenlooper's team projected optimism about the future, announcing that the candidate had hired a new campaign manager, M.E. Smith.

Sorenson's departure had been in the works for some time. He previously notified the campaign that he intended to leave but stayed on until the end of the second fundraising quarter, according to a person with knowledge of the situation. The person requested anonymity to discuss sensitive matters.