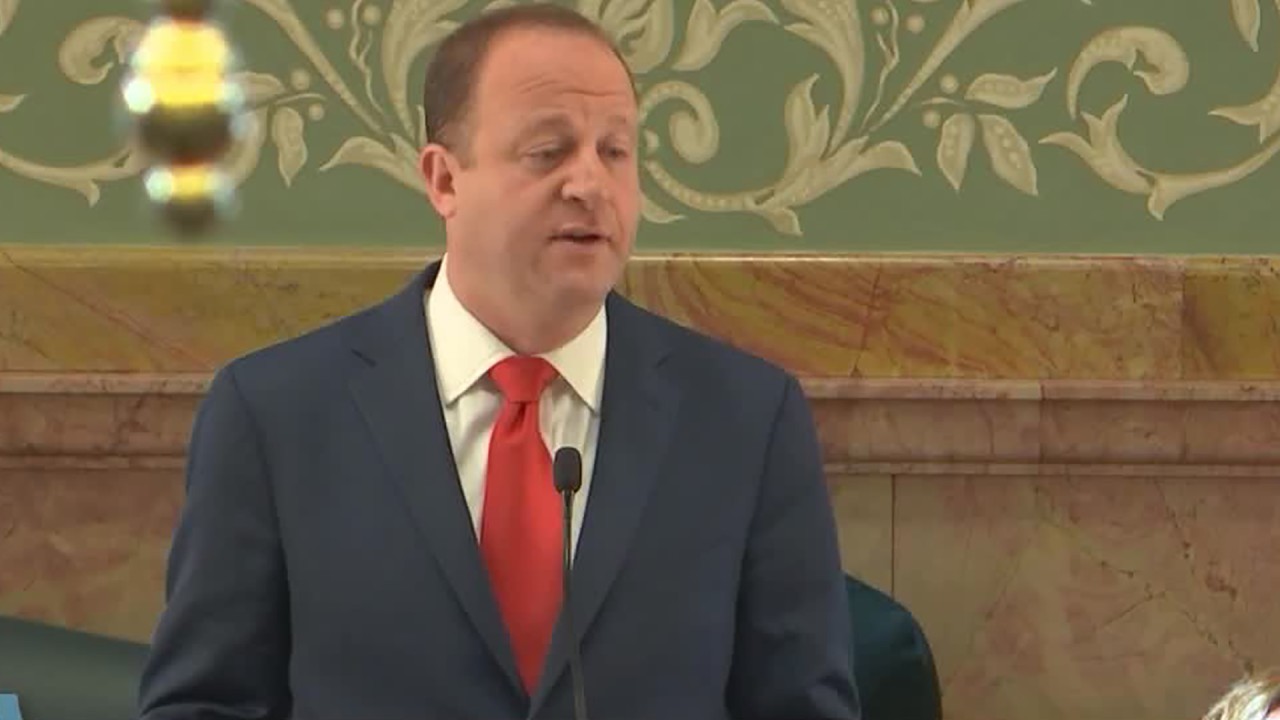 In his first major policy speech in office, Colorado Gov. Jared Polis outlined an optimistic and ambitious plan for his first year in office and promised to work to make law his lofty goals regarding education, climate change, health care, infrastructure and energy and to work to keep Colorado “the best state in the nation.” 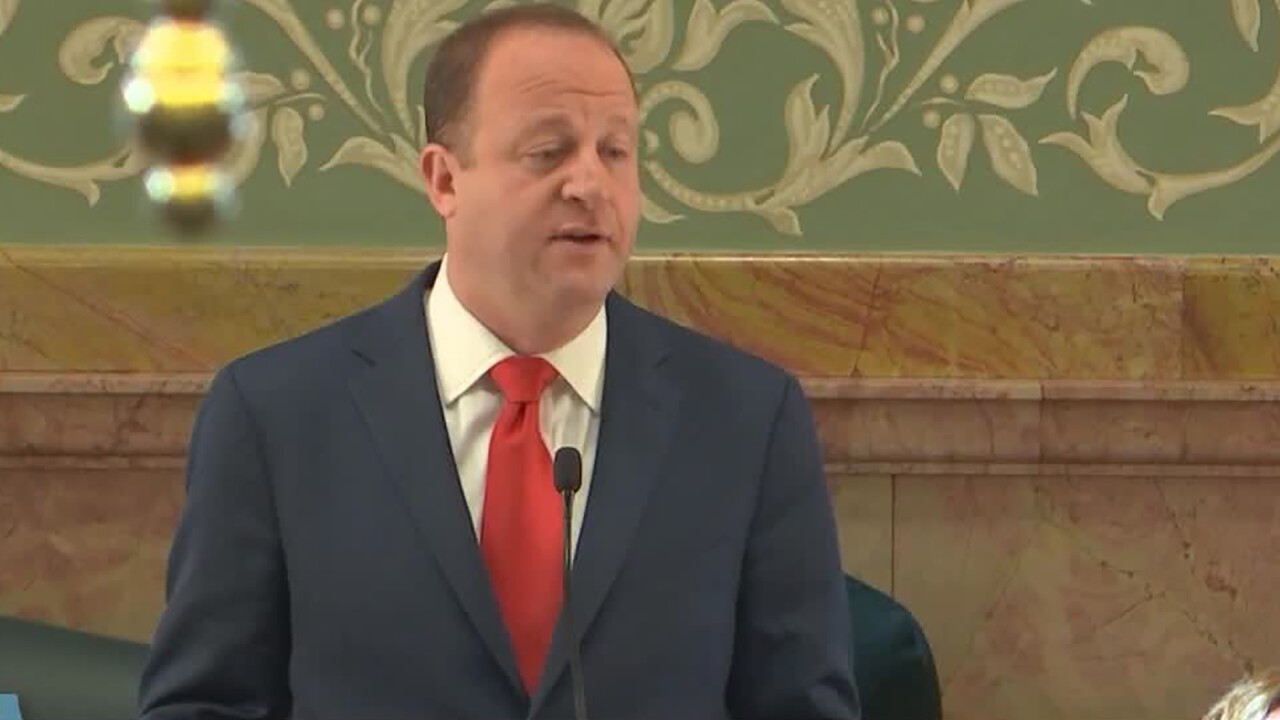 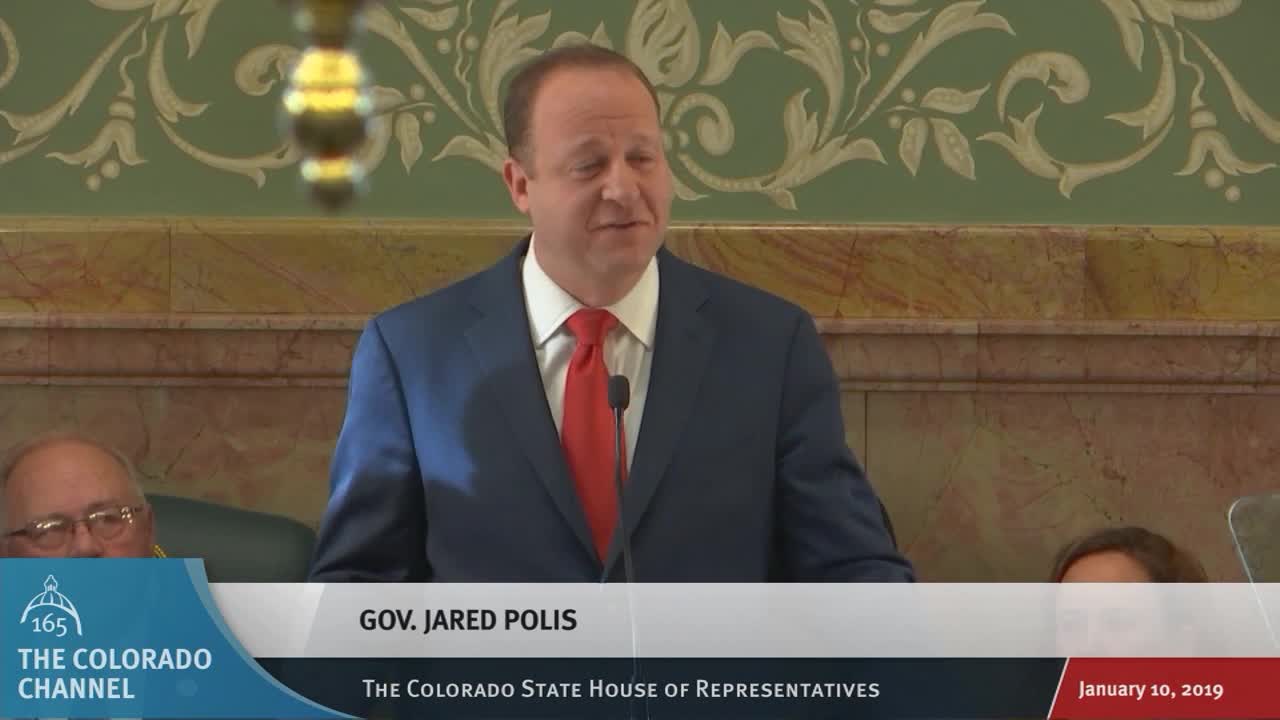 DENVER – In his first major policy speech in office, Colorado Gov. Jared Polis outlined an optimistic and ambitious plan for his first year in office and promised to work to make law his lofty goals regarding education, climate change, health care, infrastructure and energy and to work to keep Colorado “the best state in the nation.”

Speaking in the Colorado House chambers that were filled to the brim with lawmakers old and new and others from across the state, Polis received multiple standing ovations from the hundreds present for the Democrat’s first State of the State address.

“The state of our state is solid. It is strong. It is successful. It is daring. And it is bold,” Polis said before outlining what he believes his administration and lawmakers can do to build upon the foundation he said former Gov. John Hickenlooper laid over the last eight years.

He won applause early in his speech when he acknowledged the “record-setting number of women” now serving in the General Assembly – second in the U.S. to Utah. And he received another standing ovation for a thinly-veiled dig at the Trump administration.

“Here in Colorado, we treat each other with respect. We reject efforts to intimidate immigrant families, or tear children from their parents’ arms,” Polis said. “We don’t tolerate bigotry or discrimination of any kind. And we don’t accept hostage-taking as a form of governance. … So, in the spirit of putting problem-solving over partisanship, let’s work together.”

He called his plan to offer free, full-day kindergarten across the state his top priority in the 2019 session and said his plan included expanding preschool to underserved communities. He called his plan the “single biggest expansion” of early childhood education in state history. And he outlined his goal to follow: full-day preschool for every child in Colorado.

“I want to be clear: this is not a mandate, either for parents or for school districts,” Polis said. “But for parents who believe public preschool and full-day kindergarten are the best options for their kids – and for school districts who want to offer these vital opportunities to families – we will do everything possible to make it happen.”

But early childhood education and kindergarten were far from the only education topics he addressed early in his speech.

He called to offer student loan relief for Colorado teachers and prospective teachers in places seeing shortages, called for changes to the student loan process to “lessen the burden” on the quarter-million state residents who carry such debt, and for a continued focus on helping students get the help they need no matter their economic or social background.

“I know there are many thoughtful and innovative proposals here in the legislature to improve behavioral health resources in our schools,” Polis said. “I look forward to working with you to help our most vulnerable students overcome the barriers they face through no fault of their own, and graduate from high school as health adults.”

He said he would make a formal budget request to give all state employees paid parental leave and reiterated his hope to establish a paid family and medical leave program.

He announced the creation of the Office of Saving People Money on Health Care – which Polis said aimed to do just that.

“[It] will form the beating heart of our efforts to reduce patient costs for hospital stays and expenses, improve price transparency, lower the price of prescription drugs, and make health insurance more affordable,” Polis said.

The office will be led by Lt. Gov Dianne Primavera, a cancer survivor who has made health care among her top priorities.

Polis also called for the establishment of a reinsurance program in Colorado and a mechanism to import prescription drugs from Canada into Colorado.

Regarding energy, Polis reiterated his commitment to Colorado using 100 percent renewable energy by 2040 and said there would be no more doubting the effects of climate change.

He said that his administration would also “do right by all the men and women in today’s energy workforce” and acknowledge the state’s coal and oil and gas workers, saying, “We will not leave them behind.”

“We will embrace the skills and experience these Coloradans bring to the table. Their help will be needed and rewarded at every single step of this transition,” Polis said. “And we will support the communities these jobs have sustained, to ensure they can continue to thrive in the renewable-energy economy.”

But at the same time, Polis hinted that he would allow for local control over some industries, like oil and gas, which several Front Range communities have called for in the face of new fracking development.

“Just as we stand up for workers and good jobs, so too must we stand up for our communities and their right to have a voice when it comes to industrial activities within their borders,” he said. “It’s time for us to take meaningful action to address the conflicts between oil-and-gas drilling operations and the neighborhoods they impact, and to make sure that all of our communities have clean air and water.”

Polis praised the foundation laid out by the General Assembly over the past two years regarding transportation and road infrastructure, but after the defeat of two different transportation funding measures by voters in November, acknowledged that a “bipartisan funding mechanism” for those infrastructure fixes needed to be made to appease Coloradans.

In another proposition that would continue Hickenlooper’s legacy, Polis said he would continue to support plans for a statewide high-speed broadband network, calling it “critical” for all Coloradans – but particularly those living in rural parts of the state.

And in perhaps the final policy point in his speech, Polis called President Trump’s tax cuts measure “giveaways” and called for tax code reform that differed from the president’s. That included capping the state vendor fee, which he said would save money and lower tax rates.

“Our tax reform proposal will not change how much money the state collects or affect investment in public priorities one way or another,” Polis said. “It simply asks the largest, most influential corporations to start paying their fair share so that individuals, families, and small businesses can pay less.”

And like the tax code, Polis said that he hoped to tackle criminal justice reform to “make sure Coloradans who do serve prison or jail time are able to live a dignified and fulfilling life after they’ve paid their debt to society.”

While much of the speech was scant on direct policy, some of the measures Polis discussed broadly were already being introduced in the legislature this week, and lawmakers plan to dive headfirst into bill discussions on Friday with full control of the state House, Senate and governor's office for the first time since 2013. But much like his inaugural speech on Tuesday, Polis’ Thursday speech was still heavy on progress and hope for the future.

“What makes Colorado unique isn’t just the boldness of our ideas. It is the resilience and the spirit of our people, who make change happen, who bring these bold ideas to life,” Polis said. “Our shared responsibility is to turn challenges into opportunities and ideas into action. So, now is the time to unite in our common purpose and move Colorado forward.”