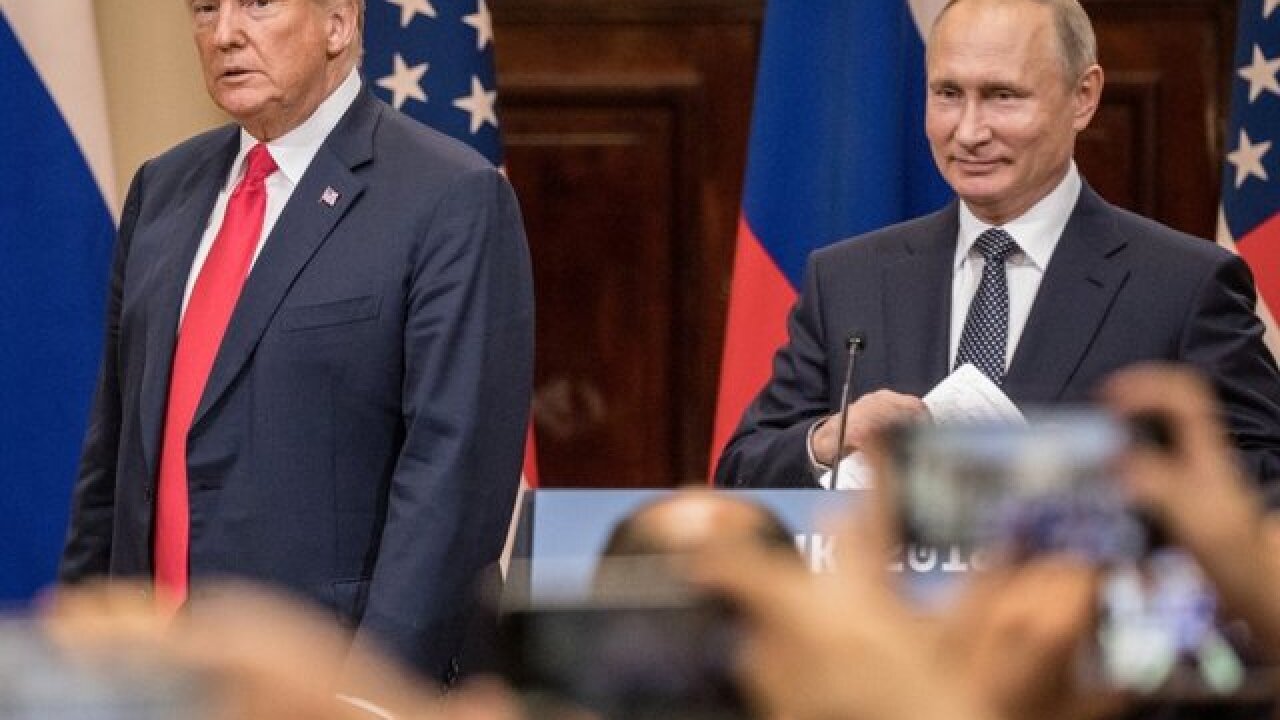 WASHINGTON -- The Senate has overwhelmingly approved a resolution against allowing Russia to question former U.S. ambassador Michael McFaul or other U.S. officials. It was a formal rebuke to President Donald Trump, who touted the offer at the Helsinki summit with Russian President Vladimir Putin.

Senate Majority Leader Mitch McConnell hastily arranged the vote on the nonbinding resolution after Democrats proposed the measure in response to what Trump had called Putin's "incredible offer."

Putin offered to allow the U.S. to question 12 Russians accused of interfering in the 2016 election in exchange for permitting Russia to interview Americans the Kremlin accuses of unspecified crimes.

Facing a backlash of bipartisan criticism, the White House on Thursday said Trump "disagrees" with Putin's offer. That statement came moments before the Senate vote.

Senators voted 98-0, with all Democrats and most Republicans supporting the resolution.