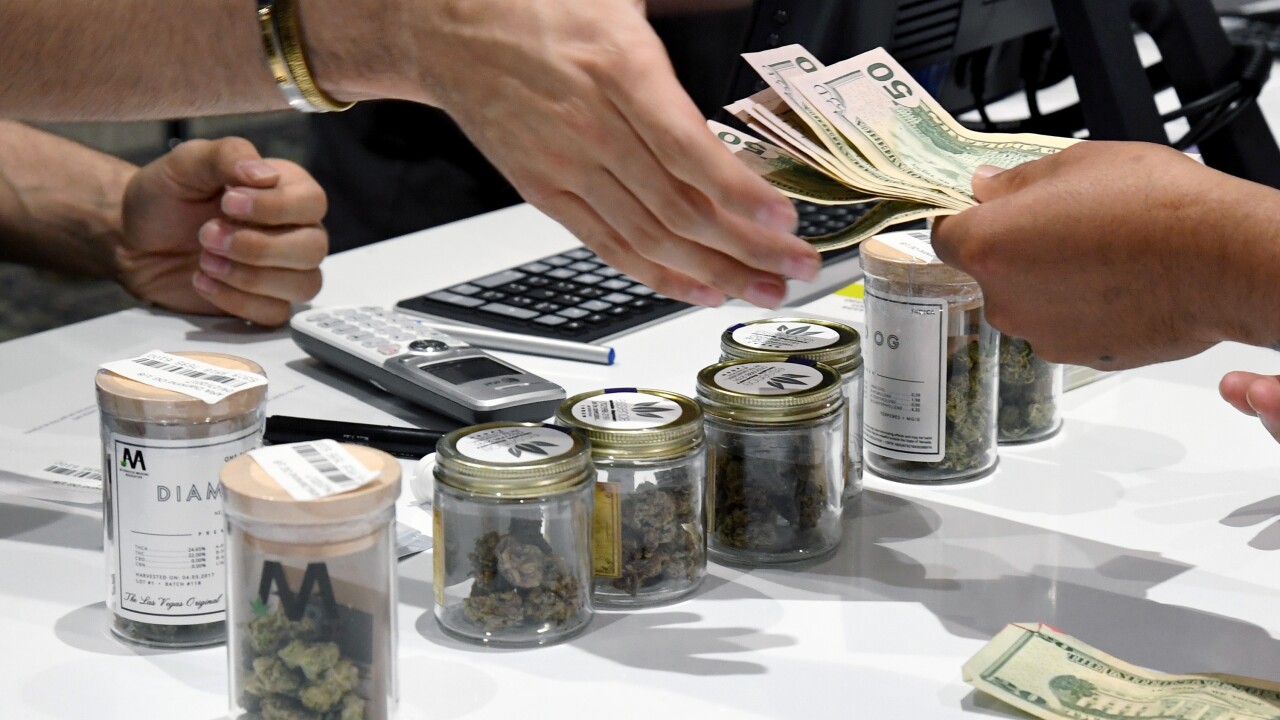 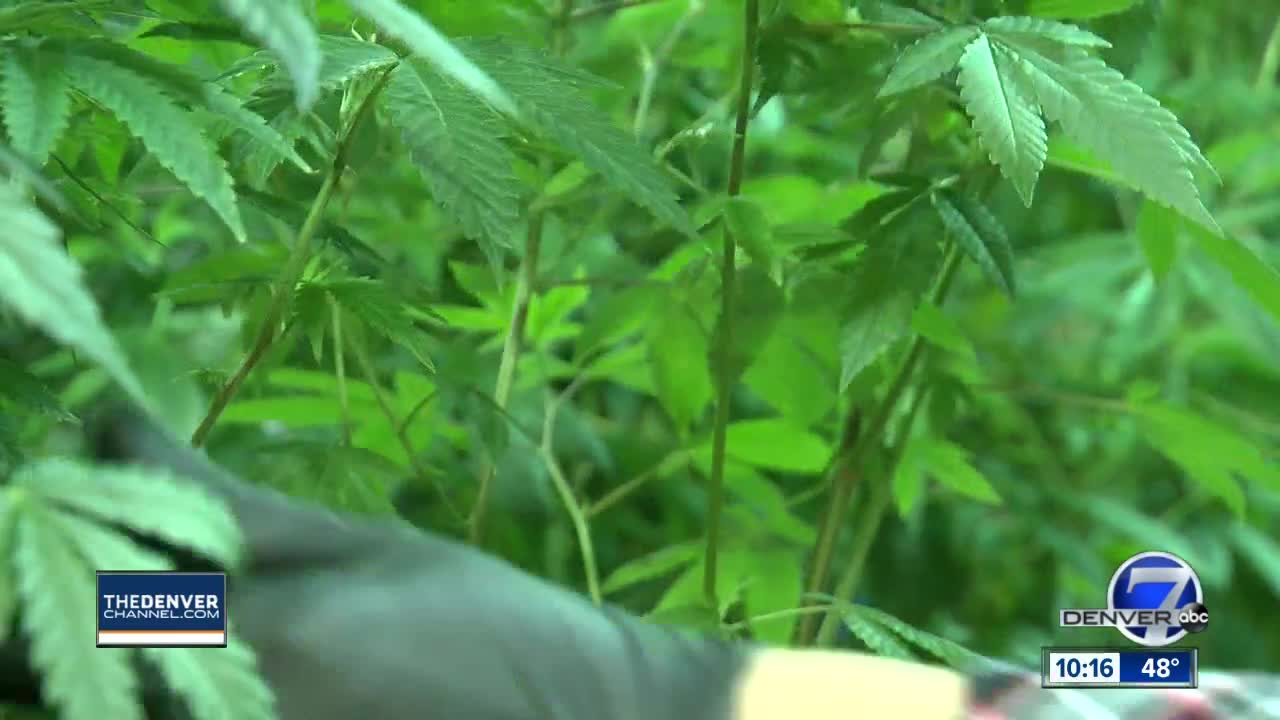 DENVER – The city of Denver and Mayor Michael Hancock have asked the U.S. Department of Justice for official guidance on how it and immigration officials are treating legal immigrants working in Colorado’s marijuana industry after at least two immigrants were denied naturalization because of their work inside the legal industry.

Hancock sent a letter to U.S. Attorney General William Barr Wednesday requesting clarification on how the federal government planned to interact with the 34 states, including Colorado, and several U.S. territories where either medical or recreational marijuana is legal.

Medical marijuana has been legal in Colorado since 2000 and the state started selling recreational marijuana in 2014 after voters approved a measure in 2012 with a 55-percent majority.

“Denver understand the need for federal laws and regulations regarding citizenship and immigration, but we are seeing the heartbreaking effects that those federal laws and regulations are having on our residents,” the letter to Barr said. “However, under current federal policy, lawful, permanent residents like the Denver residents I have met with are being denied naturalization and may lose their legal status based on their lawful employment in the cannabis industry.”

Hancock, City Attorney Kristin Bronson and excise and Licenses Executive Director Ashley Kilroy met with two Denver immigrants Tuesday – one from El Salvador and one from Lithuania – who had both been permanent U.S. residents for more than two years and who were recently denied naturalization because of their current or past work in the marijuana industry. Both graduated from schools in Colorado and have lived here for years, the mayor’s office said.

Oswaldo Barrientos told the city officials that he was surprised when he was asked about his job at a dispensary while being questioned during a citizenship interview last fall, ABC News reported.

“It was definitely like getting sucker punched,” he told Hancock. “I thought I was a shoo-in. I’ve been here long enough. I’ve paid my dues.”

Denver-based attorneys Bryce Downer and Aaron Elinoff, of the Novo Legal Group, are representing both immigrants. Downer said at Tuesday’s meeting that U.S. officials were laying a trap for people who had previously worked in the industry because marijuana is still illegal under federal law.

"By the end, they've led you down this path to openly admitting you've engaged in felonious activities and you've essentially admitted to drug trafficking, drug distribution and drug manufacturing, which for immigration purposes, can be viewed as an aggravated felony or a controlled substance violation," Downer said, according to ABC News.

“This risk is real and it’s severe,” Downer said in a statement.

All of Colorado’s U.S. members of Congress and senators were sent copies of Hancock’s letter to Barr. Most of them , save for Rep. Doug Lamborn, a Colorado Springs Republican, have been fighting to various degrees to ensure Colorado’s marijuana program is safe from extraneous federal law enforcement and that the marijuana economy is not affected by federal law. Most of those efforts came after former AG Jeff Sessions rescinded the DOJ’s Cole Memo.

But Trump has said multiple times in the past that Colorado’s program wouldn’t be affected. Sen. Cory Gardner, R-Colo., dropped holds on DOJ nominees last April after he said Trump reassured him that the state’s legal marijuana industries wouldn’t be affected by changes in DOJ rules regarding marijuana enforcement.

Gardner will unveil on Thursday the latest version of the STATES Act, which would exempt states where marijuana is legal from enforcement under the Controlled Substances Act.

U.S. Citizenship and Immigration Services spokesperson Debbie Cannon told ABC News that the agency evaluates each case on their particular circumstances and said that it is required to follow federal law in deciding each person’s case. She said there were not statistics available on how many people had been denied citizenship because of their work in the industry.

“Despite state law that may allow medical marijuana use, the Supreme Court has held that Congress' authority under the Commerce Clause empowers it to prohibit drug distribution and possession, even if the prohibited activities are not also illegal under state law,” Cannon told Denver7 in a statement Wednesday. “When adjudicating applicants for citizenship, the agency is required to apply federal law. We appreciate the candor of applicants who provide the requisite documentation illustrating legal purchase and possession under state law. However, as a federal agency, we are legally unable to make special considerations in these cases unless or until federal law is changed.”

In his letter Wednesday, Hancock said he still needed further assurances and clarification from the DOJ.

“Denver believes hardworking and law-abiding immigrants should be allowed to participate in the legal cannabis industry without fear that such participation will disqualify them for lawful residency in the United States or prevent the opportunity to obtain permanent citizenship,” Hancock wrote. “We respectfully request that the U.S. Department of Justice uphold Colorado’s states’ rights by respecting our voters and providing guidance to all DOJ employees clearly indicating that legal immigrants shall not be penalized for working in the legitimate cannabis industry. By providing this guidance, the DOJ has the opportunity to correct this injustice and demonstrate a legitimate and sincere support for states’ rights.”

The city says it has staff working with the state, other local organizations and the marijuana industry to tell the immigrant community about the current risks of working in the industry when it comes to federal law.

It has also planned a public service campaign on the Spanish-language Denver8 TV and a flier campaign warning noncitizens of the risks of marijuana when it comes to federal law.

“Unless and until policies change, aspects of this important, legal and burgeoning industry here in Denver are going to be prohibitive for a lot of people,” Bronson said.