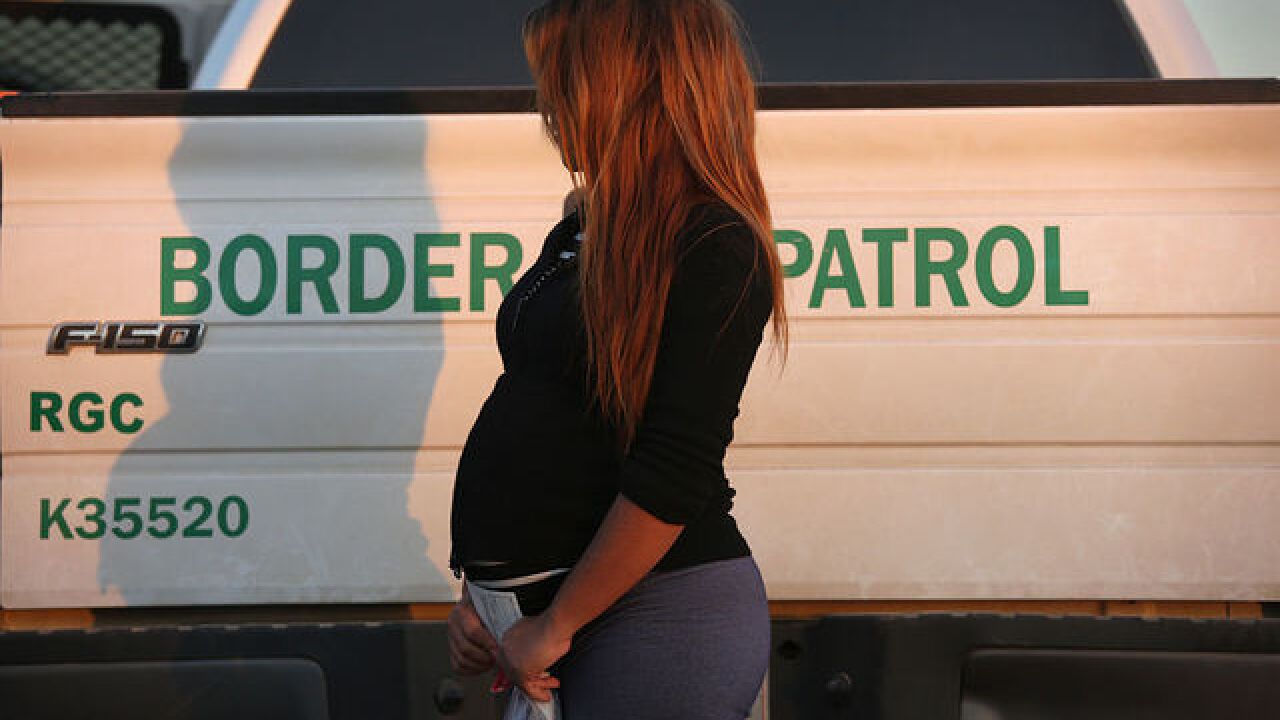 2015 Getty Images
John Moore
<p>RIO GRANDE CITY, TX - DECEMBER 07: An immigrant from El Salvador, seven months pregnant, she said, stands next to a U.S. Border Patrol truck after turning herself in to border agents on December 7, 2015 near Rio Grande City, Texas. Many pregnant women, according to Border Patrol agents, cross illegally into the U.S. late into their terms with the intention of birthing their babies in the United States. All people born in the U.S. are American Citizens, according to the U.S. constitution. (Photo by John Moore/Getty Images)</p>

(CNN) -- The Trump administration will no longer seek to automatically release pregnant immigrants from detention -- a move in line with the overall efforts by the administration to hold far more immigrants in custody than its predecessors.

The change in policy was sent by Immigrations and Customs Enforcement to Congress on Thursday morning and obtained by CNN.

According to the new directive, immigration officers will no longer default to trying to release pregnant women who fall into immigration custody, either because they are undocumented or otherwise subject to deportation. The Obama administration policy urged officers to presume a pregnant woman could be released except for extreme circumstances.

But a FAQ sent with the directive makes clear that ICE is not going to detain all pregnant immigrants. The policy will require a case-by-case evaluation, the FAQ explains, and will keep in custody "only those whose detention is necessary to effectuate removal, as well as those deemed a flight risk or danger to the community."

ICE will also lean towards releasing pregnant women if they are in their third trimester, and will also make an effort for detention facilities to provide services to pregnant women and parents.

The move follows controversial efforts by the Department of Health and Human Services to keep unaccompanied minor immigrants in custody rather than releasing them to obtain abortions, a policy that has been the subject of intense litigation.