Hillary Clinton to headline midterm fundraiser for Democrats in Denver 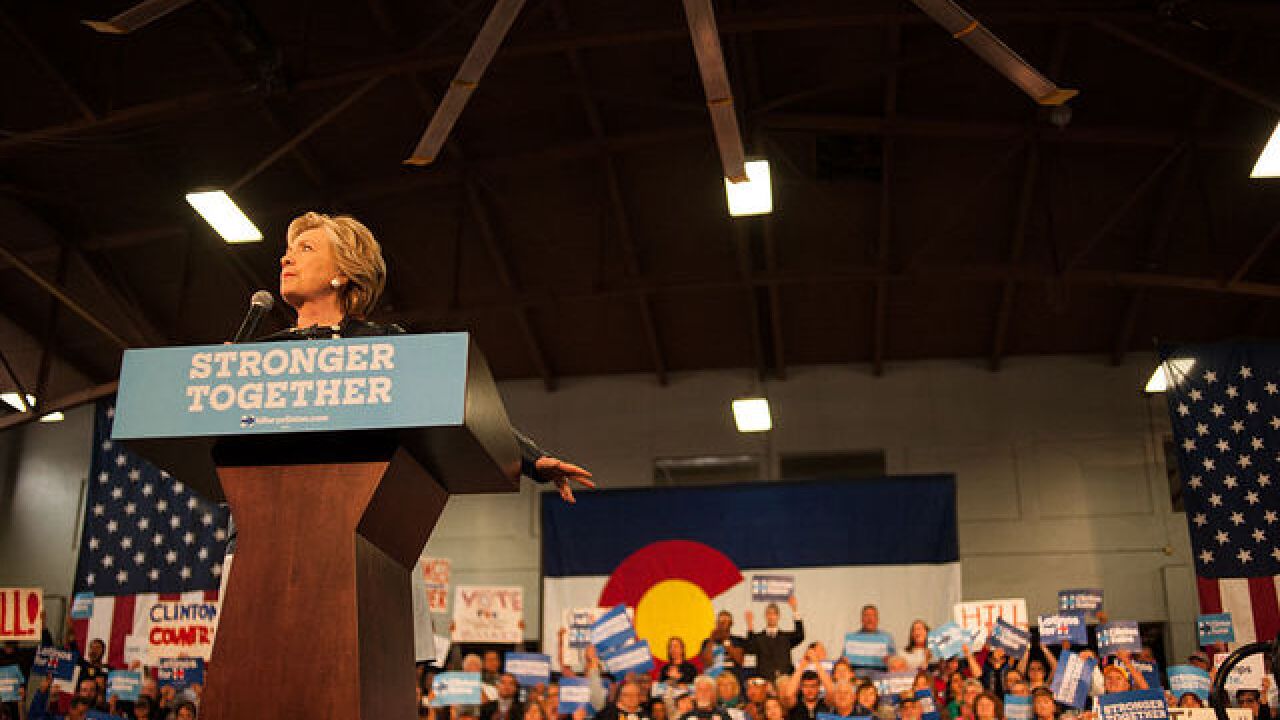 DENVER – Hillary Clinton will be in Denver in late September to headline a fundraiser for Democratic candidates in Colorado ahead of November’s midterm elections.

Clinton, who won Colorado’s electoral votes in the 2016 presidential election by defeating Donald Trump by 5 percentage points and about 135,000 votes, will be the special guest at a Sept. 23 fundraiser at the home of former Interior Secretary and U.S. Sen. Ken Salazar, Colorado Democratic Party spokesman Eric Walker confirmed to Denver7.

The fundraiser is a coordinated campaign with the Fearless Project, a political action committee working to help Democratic candidates across the country in this year’s midterms that has given money to the state Democratic party.

Walker said Democratic candidate for governor Jared Polis is expected to attend the event, which will benefit the Democratic National Committee as well as the Colorado candidates, though it’s unclear how much money will go where.

Walker said those hoping to attend will have to contribute at least $1,000. The Colorado Sun, which first reported Clinton’s Colorado stop, said people can contribute up to the federal donation limit of $33,900.