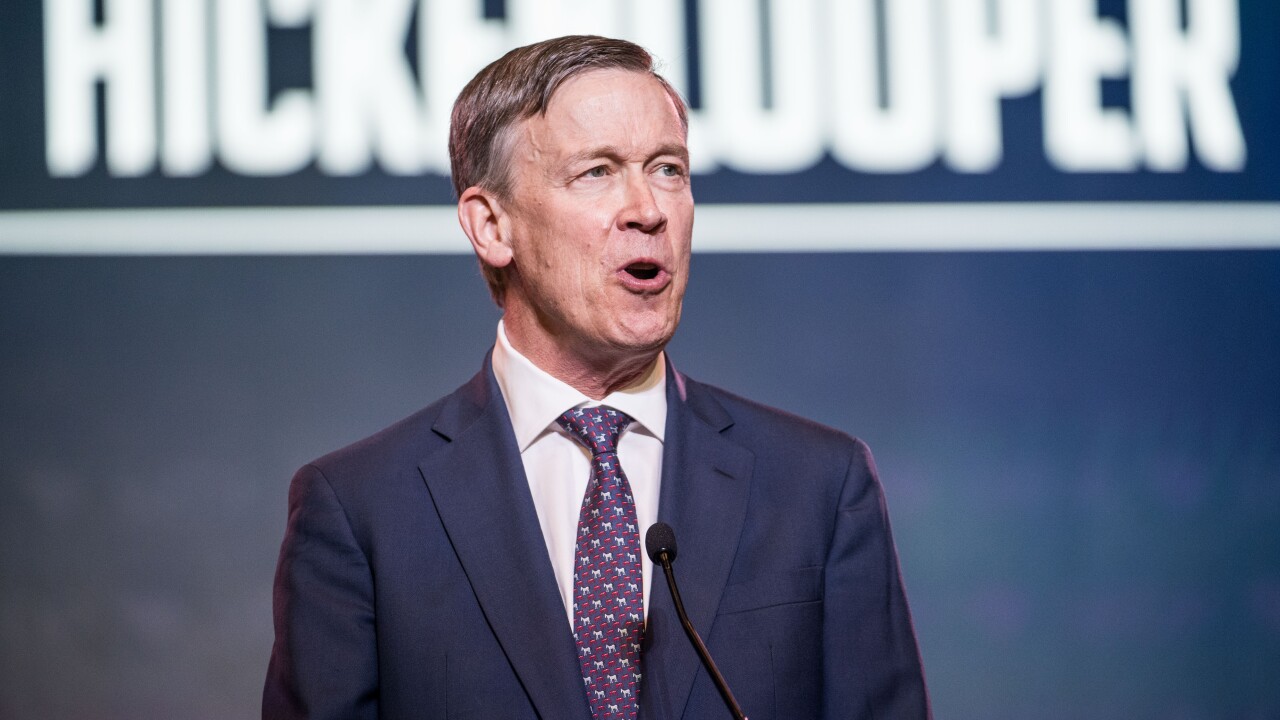 DENVER (AP) — John Hickenlooper's team has urged him to scrap his struggling presidential campaign and instead run for a Senate seat in his home state of Colorado. So far, the former governor has refused.

That's according to a Democrat familiar with the situation who spoke on condition of anonymity to discuss internal conversations.

Politico first reported the conversations between Hickenlooper and his team.

A dozen Democrats have already announced challenges to Republican Sen. Cory Gardner in 2020. Two announced this week that they raised $1 million-plus in the past quarter.

That's more than Hickenlooper is thought to have raised for his presidential bid over the same period.