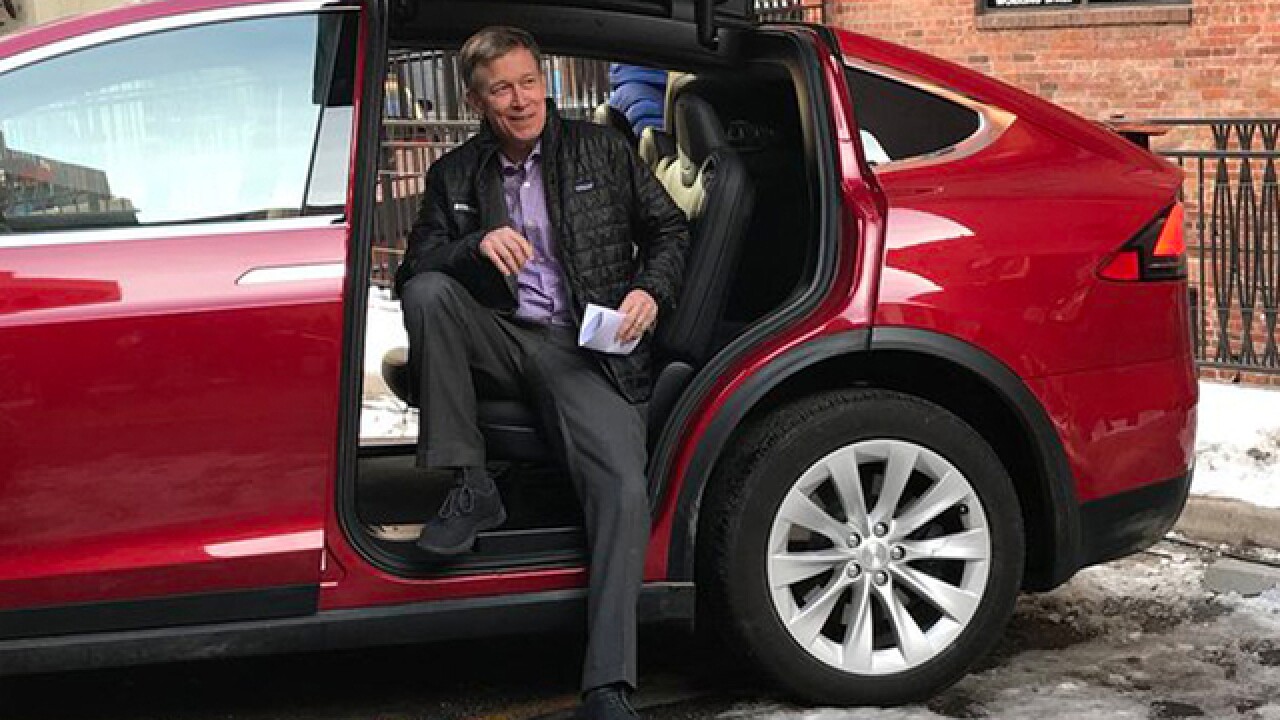 Copyright 2018 Scripps Media, Inc. All rights reserved. This material may not be published, broadcast, rewritten, or redistributed.
<p>Colorado Gov. John Hickenlooper poses in an electric vehicle prior to his announcement of the state's new electric vehicle plan.</p>

DENVER – Gov. John Hickenlooper on Wednesday unveiled a new plan to continue to grow the state’s burgeoning electric vehicle market through partnerships between the state and private companies.

The state energy office has forecasted that between 300,000 and 900,000 electric vehicles will be on the road in Colorado by 2030, and the new plan laid out Wednesday aims to address the infrastructure needs in order to keep up.

The largest facet of the proposal is to up the number of vehicle-charging stations along Colorado highways and roadways, and for new signs to direct drivers to said stations.

There were more than 11,000 electric vehicles in Colorado as of August, and sales of the vehicles were up 73 percent over the first eight months of 2017 compared to 2016.

The state currently ranks eighth in the U.S. in market share of electric vehicles, according to the state.

“I think it really does a great job of capturing Colorado’s vision that we are going to have a network of fast-charging stations,” Hickenlooper said. “We’re going to be able to address what’s sometimes referred to as ‘range anxiety.’”

The new plan comes on the heels of Colorado joining a memorandum of understanding in October with seven other Western states in which the group declared they would work together on a regional plan that will include building out a network of electric vehicle charging stations along more than 5,000 miles of major freeway corridors in those states. In Colorado, efforts would be focused on placing stations along interstates 25, 70 and 76.

The plan shows that there are currently 53 fast-charging electric vehicle stations across the state. But it estimates Colorado would need at least 200, but possibly more than 620, in order to keep up with electric vehicle growth projections.

The plan will be updated each year as the market changes. Hickenlooper said he hoped whoever takes over the governorship next would keep the state’s commitment.