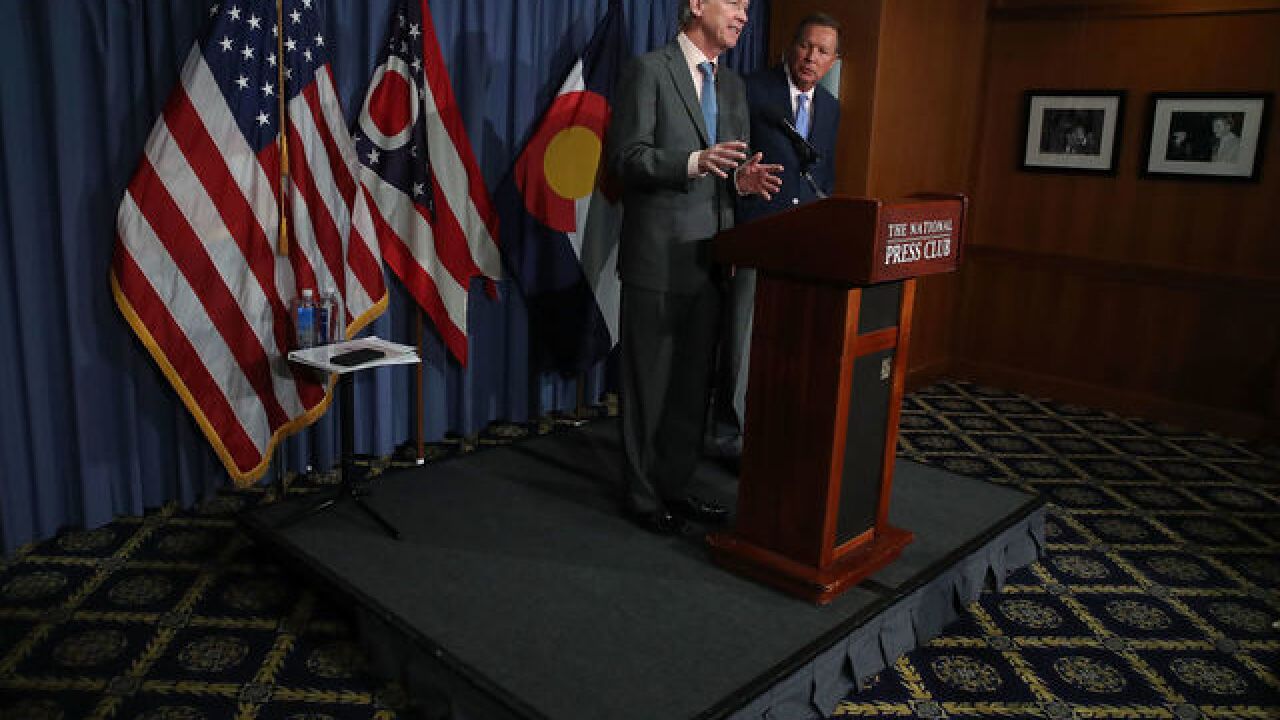 DENVER – Colorado Gov. John Hickenlooper will unveil the details of the bipartisan framework he says will stabilize insurance markets around the country on Thursday morning at the state Capitol in Denver.

Hickenlooper, a Democrat, hinted at the unveiling earlier this week after months of visible work and public appearances with Ohio Gov. John Kasich, a Republican. The unveiling will happen at a news conference at 11 a.m. Thursday.

Hickenlooper and Kasich have for months called for an end to the partisanship that plagued health care discussions in both the U.S. House of Representatives and Senate—which ultimately ended in Senate Republicans’ failure to pass a “repeal and replacement” of the Affordable Care Act.

In a series of tweets earlier this week, Hickenlooper said he and Kasich, along with a team of other governors from both parties, had come to an agreement on how to stabilize individual marketplaces, which Hickenlooper said was a “big first step to control cost and expand access.”

In June, Hickenlooper and Kasich joined governors from Montana, Massachusetts, Nevada, Pennsylvania and Louisiana in writing a letter to Senate Majority Leader Mitch McConnell and Senate Minority Leader Chuck Schumer that criticized the House-passed version of the replacement for the Affordable Care Act, and called on the Senate to fix the problems—something that hasn’t happened so far. The bloc of governors all hailed from states that expanded Medicaid under the Affordable Care Act.

They said they were ready to work with senators “to develop a proposal that is fiscally sound and provides quality, affordable coverage for our most vulnerable citizens.”

Later in June, when the Senate delayed its first scheduled vote on its health care bill, Hickenlooper and Kasich held a joint news conference and called the Senate’s bill “unacceptable.” It came a day after the two appeared on CNN to criticize the fact that only Republicans had worked on or seen the bill at that point , and called for the parties to work together and follow their example.

Over the weekend, some floated the idea of a Hickenlooper-Kasich presidential ticket for 2020 , though Kasich shot that down a day later on NBC’s Meet the Press, and Hickenlooper shut the premise down on Twitter.

“Odd & funny that people expect a political marriage when 2 people from different parties work together,” Hickenlooper wrote . “Loving the attention on our bipartisan work, but no ulterior motive. Not a unity ticket, just working with a new friend on hard compromises.”

Kasich won’t be at Thursday’s news conference in Denver, Hickenlooper’s office confirmed. The news conference begins at 11 a.m. Denver7 expects to have live coverage. Rep. Mike Coffman (R) is expected to unveil an oil embargo on Venezuela at a separate news conference at the Capitol at 11:45 a.m.