Industry leaders say they are pleased with order 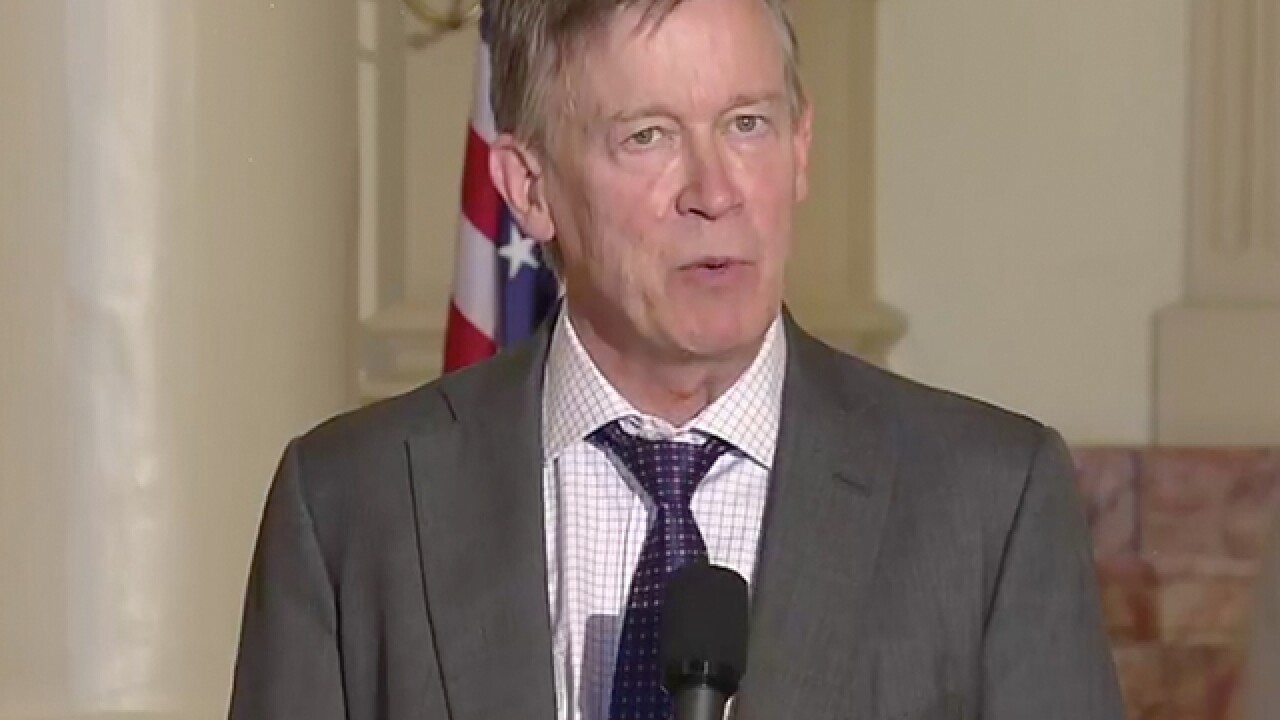 Copyright 2018 Scripps Media, Inc. All rights reserved. This material may not be published, broadcast, rewritten, or redistributed.
<p>In the wake of last year’s deadly explosion in Firestone, Colorado Gov. John Hickenlooper on Wednesday signed an executive order that aims to get all of the state’s highest-risk abandoned oil and gas wells and sites plugged and reclaimed in the next five years.</p>

DENVER – In the wake of last year’s deadly explosion in Firestone, Colorado Gov. John Hickenlooper on Wednesday signed an executive order that aims to get all of the state’s highest-risk abandoned oil and gas wells and sites plugged and reclaimed in the next five years.

The Colorado Oil and Gas Conservation Commission has been working on identifying and tracking the so-called “orphaned wells” that have generally been abandoned as a result of oil and gas operators going bankrupt.

Since no owner or operators for the wells and sites can be recognized, the state takes control of the wells. But the state and the Colorado Oil and Gas Conservation Commission (COGCC) says that it doesn't currently have the resources necessary to plug and remediate the wells on their own and that, as such, the number of orphaned wells continues to grow.

The COGCC has already found 262 orphaned wells that need to be plugged and 373 associated sites that need to be reclaimed, the governor’s office said Wednesday. But the estimated cost to plug and remediate those sites is estimated as being more than $25 million. Watch the governor's news conference by clicking here or in the player embedded below.

So they are asking for the oil and gas industry to collaborate on the effort—something industry spokespeople said after Wednesday’s announcement they were willing to do.

The governor’s executive order requires the COGCC to finish its comprehensive list of known orphaned wells and sites and to make it public by Aug. 1. The sites will be categorized into low-, medium- and high-priority categories based on area population density, the sites’ environmental impacts and their history.

The order requires the COGCC to “use its best efforts” to plug, remediate and reclaim all the orphaned wells and sites identified by Aug. 1 by July 1, 2023. Any new sites added to the list would have to see plugging and remediation efforts within two years of their addition to the list.

The COGCC will also be able to adjust the $5 million spending authority allotted it under Senate Bill 1322 this year in order to meet the July 2023 deadline.

“I can’t overstate how important it is we achieve these goals,” Hickenlooper said at a news conference announcing the order. “We send a strong statement of unity when stakeholders throughout the industry agree to take action to remediate orphaned wells and orphaned sites and prevent the issue in the future,” he added in a statement.

“The order announced today will accelerate our ongoing work to properly plug and safeguard orphaned wells,” said COGCC director Julie Murphy in a statement. “This approach is designed to address the issue comprehensively - through more effective prevention of future orphaned locations and more aggressive work to remedy existing priority sites.”

In statements that followed Hickenlooper’s announcement, Colorado Oil and Gas Association President and CEO Dan Haley and Colorado Petroleum Council Executive Director Tracee Bentley said they were willing to work with the state on ensuring the deadlines are met.

“We appreciate Governor Hickenlooper’s collaboration with Colorado’s natural gas and oil industry to enact long-term solutions to this and any such issues facing our state,” Bentley. “Our industry shares an interest with the state to safely and effectively develop Colorado’s abundant natural resources. We look forward to working with the Colorado Oil and Gas Conservation Commission in the weeks and months to come to help implement these important regulatory changes.”

Haley, in a statement, said Hickenlooper’s executive order was “a positive step.”

“We were also glad to see the governor proposing a long-term solution to this issue by forming a technical working group to look at financial assurance,” he added. “It will be important for that group to keep the impacts on small operators in mind, so that state policies don’t have the unintended consequence of worsening the problem in the long run.”