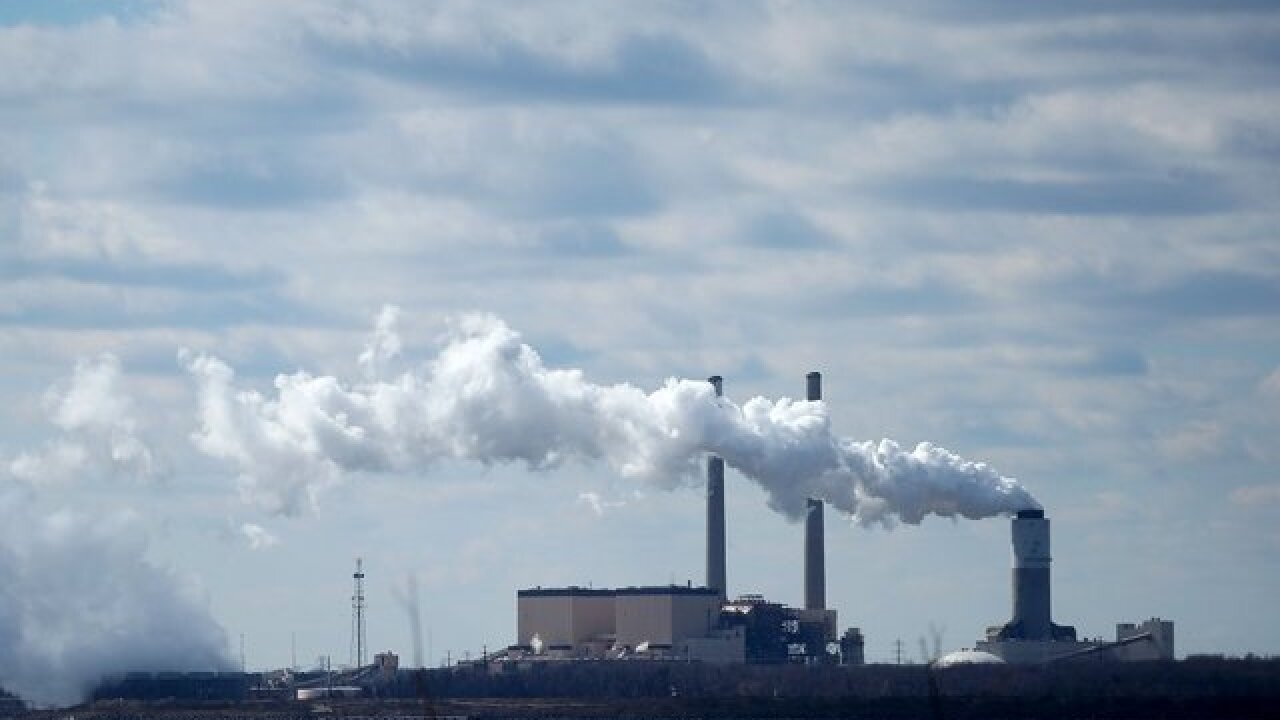 HARTFORD, Conn. (AP) — States with a history of fighting air pollution generated by coal-fired power plants on Tuesday criticized a move by President Donald Trump's administration to scale back federal restrictions on emissions, with some threatening court challenges.

Illinois Attorney General Lisa Madigan was among those who pledged to "take legal action to ensure the federal government does its job" to protect the environment and people's health. She warned the Republican administration's move will have "disastrous consequences." New York Attorney General Barbara Underwood also vowed to sue the Environmental Protection Agency if the plan is approved. Both are Democrats.

"If the Trump administration's proposal to dismantle the Clean Power Plan is adopted, we will work with our state and local partners to file suit to block it — in order to protect New Yorkers, and all Americans, from the increasingly devastating impacts of climate change," Underwood said.

Both attorneys general are part of a coalition that includes officials from 15 other states, the District of Columbia, four cities and one county who defend former President Barack Obama's 2015 Clean Power Plan, which requires reductions in climate-changing emissions from fossil-fuel-burning plants. Two other states and the city of Los Angeles also joined in comments the coalition filed in April opposing the repeal of the Clean Power Plan. The Trump administration's proposed plan would give states more discretion in regulating coal power plants.

"This is a declaration of war against America and all of humanity — it will not stand," said Democratic California Gov. Jerry Brown, a Trump critic.

But some states welcomed the move on Tuesday.

West Virginia U.S. Sen. Shelley Moore Capito, a Republican, called the Clean Power Plan "a complete overreach" by the federal government that was "disastrous" for her state's coal industry.

"I'm encouraged the EPA's newly proposed Affordable Clean Energy plan allows state input and clearly signals the 'War on Coal' is over," she said in a written statement.

In Connecticut, where there is only one coal-fired plant left, Department of Energy and Environmental Protection Commissioner Rob Klee called it "mind-boggling" that the administration would take steps to protect a "dying technology" over the health of citizens. He noted how the jet stream pushes the polluted air emitted from the coal plant smokestacks west to east, adversely impacting northeastern states.

"We're downwind from everyone and that's one of our major challenges," Klee said. "And that's bad air that our citizens and residents, particularly in urban areas, have to breathe."

Klee said he hopes Connecticut eventually takes legal action as a state or as part of a group, after the various comment periods for this proposed rule change are exhausted. In 2013, the owners of a Pennsylvania coal-fired power plan agreed to stop burning coal in two generating units and provide $1 million toward environmental mitigation in Connecticut and New Jersey, following a lawsuit filed by the two states seeking to enforce the federal Clean Air Act. Klee said Connecticut also has challenged other states for "not being good neighbors" when it comes to regulating air emissions.

He said the fact this new proposal gives some of those same coal states "the flexibility to do nothing or next to nothing" gives him the most concern.

Some critics of the administration's plan to scale back the limits on climate change emissions noted the timing of the proposal. Colorado Democratic Gov. John Hickenlooper tweeted: "Wildfires burning all over the world — smoke everywhere — and President Trump wants to burn more coal with fewer clean air protections by dropping the Clean Power Plan." He said Colorado is "staying the course" and working to improve air quality.

Washington Gov. Jay Inslee and Attorney General Bob Ferguson, both Democrats, plan to hold a news conference Wednesday on the administration's proposal, hinting they might take some kind of action.

"We will not stand by and allow this cynical action to threaten our state," they said in a joint statement, noting how Washington hasn't yet lost a case challenging Trump administration actions.