Hickenlooper named a possible presidential candidate in 2020 by TheHill.com 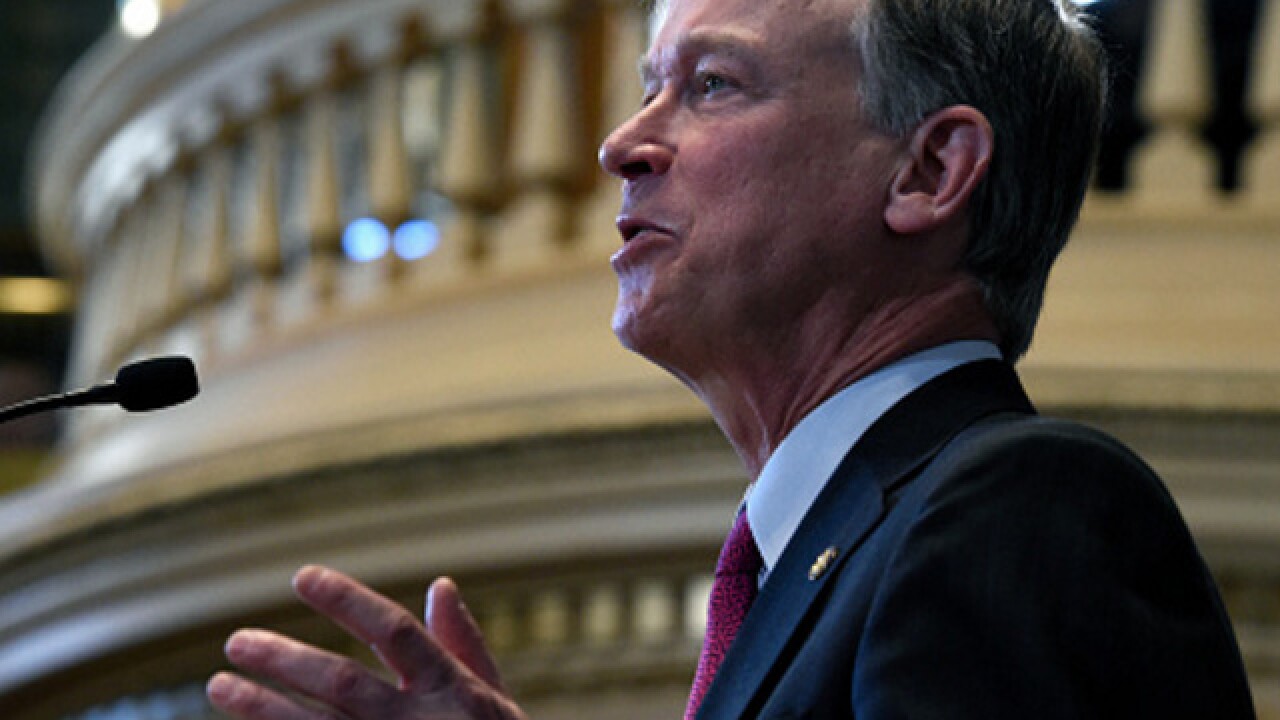 WASHINGTON, D.C. -- The Hill.com has named Colorado governor John Hickenlooper as one of the top 15 democratic candidates to make a possible run for president in 2020.

Hickenlooper was a geologist, then a businessman before he became mayor of Denver in 2003. He served as mayor until 2011 when he became governor of Colorado. He is currently serving his second term as governor.

"Hickenlooper, who has a politically effective down-to-earth persona, could potentially boost the party’s appeal in the heartlands," TheHill.com wrote. "He has enjoyed solid approval ratings during his time in office."

However, The Hill.com points out that "While his chances are talked up among Beltway pundits, he is almost unknown in the nation at large."

Hickenlooper was reportedly considered as a possible running mate for Hillary Clinton this year.

When asked about serving as vice president, he told Denver7, "I think you'd be a fool not to consider it very strongly."