Hickenlooper, governors of other pot-friendly states tell feds to consult them, not change Cole Memo 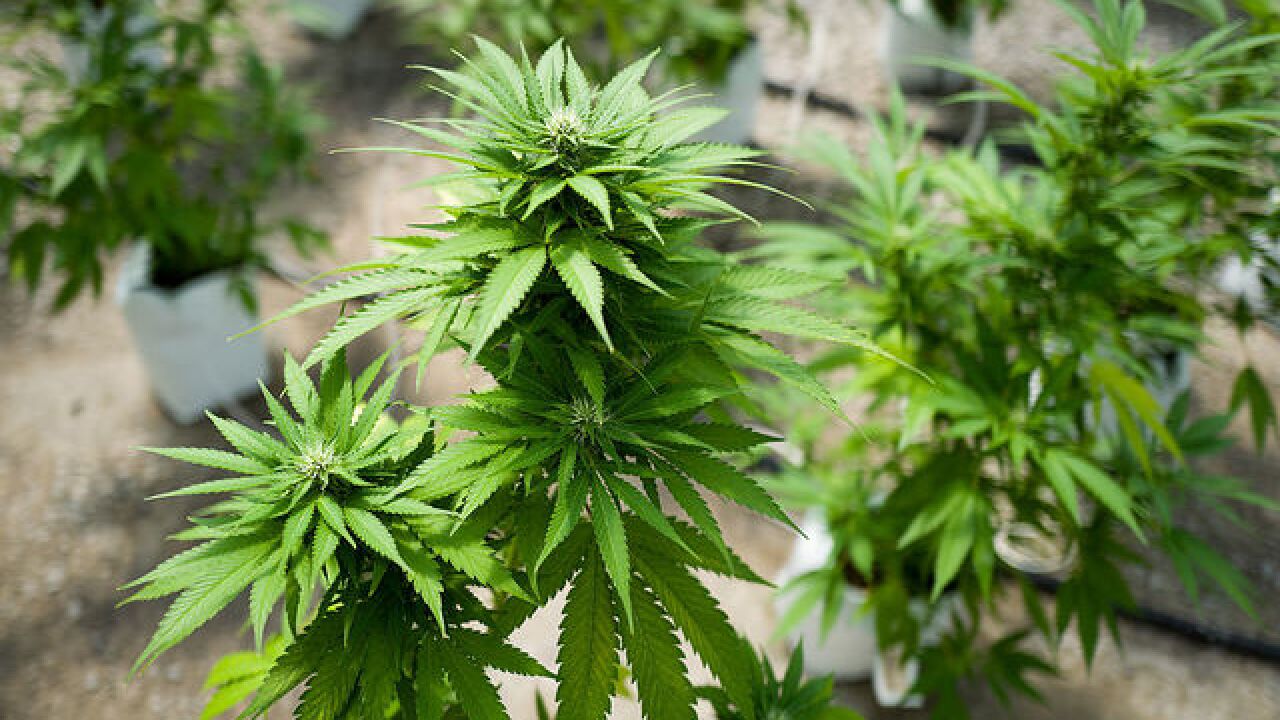 2016 Getty Images
Drew Angerer
<p>JOHNSTOWN, NY - AUGUST 19: Cannabis plants grow in the greenhouse at Vireo Health's medical marijuana cultivation facility, August 19, 2016 in Johnstown, New York. New York state lawmakers voted to legalize marijuana for medical use in 2014 and the law took effect in January 2016. Currently, five organizations are allowed to grow and sell the drug for medical use in the state. New York's new law only allows people with 'severe debilitating or life threatening conditions' to obtain marijuana for medical use. (Photo by Drew Angerer/Getty Images)</p>

DENVER – Colorado Gov. John Hickenlooper on Monday sent a letter – along with the governors of Alaska, Oregon and Washington – urging the Treasury and Justice Departments to talk with them before enacting any new federal enforcement rules or regulations on the legal marijuana industry.

The letter comes amid much uncertainty in the 28 states that have legalized either recreational or medical marijuana, and how new Attorney General Jeff Sessions and the Treasury Department plan to enforce federal rules in those states.

It is addressed to Sessions and Treasury Secretary Steve Mnuchin.

“As governors of states that have legalized marijuana in some form, we ask the Trump Administration to engage with us before embarking on any changes to regulatory and enforcement systems,” the letter reads.

It goes on to praise the 2013 Cole Memo, which essentially allowed states to operate legal marijuana programs without the interference of federal officials, and asks the new administration not to change it.

The letter acknowledges that some of the governors, including Hickenlooper, expressed reservations to legal marijuana before it was legalized and implemented. But it says that the governors are “committed to implementing the will of our citizens” and legislators to keep to programs going with staunch oversight and safety rules in place.

“The Cole Memo and the related Financial Crimes Enforcement Network (FinCEN) guidance provide the foundation for state regulatory systems and are vital to maintaining control over marijuana in our states,” the letter says. “Overhauling the Cole Memo is sure to produce unintended and harmful consequences.”

The letter says that changing the Cole Memo would lead to a resurgence of the marijuana black market and fewer financial institutions being willing to provide services to marijuana-industry businesses, causing them to go back to the dangerous cash-only business many Colorado businesses operated on until recently.

“The Cole Memo and FinCEN guidance strike a reasonable balance between allowing the states to enact reasonable regulations and the federal government’s interest in controlling some of the collateral consequences of legalization,” the letter says.

“We stand eager to work with our federal partners to address implementation and enforcement concerns cooperatively,” it goes on to say. “We look forward to working with you and your administration. We stand ready to have further discussion on how these important federal policies work in our states.”

Hickenlooper has recently expressed reservations over the stance of the new administration on marijuana.

"They are not cautious in that sense of just shooting from the hip. This would be [a] circumstance where they would benefit greatly by taking a little bit more time -- let's get the real facts, let's sort through this, let's not do something for a big dramatic political effect, let's try and get it right," he said in an interview with Denver7 in early March, adding that eliminating the legal programs in Colorado would likely lead to “outrage” in the state.

A week earlier, he said he believed marijuana was a states’ rights issue and that state sovereignty should be respected.