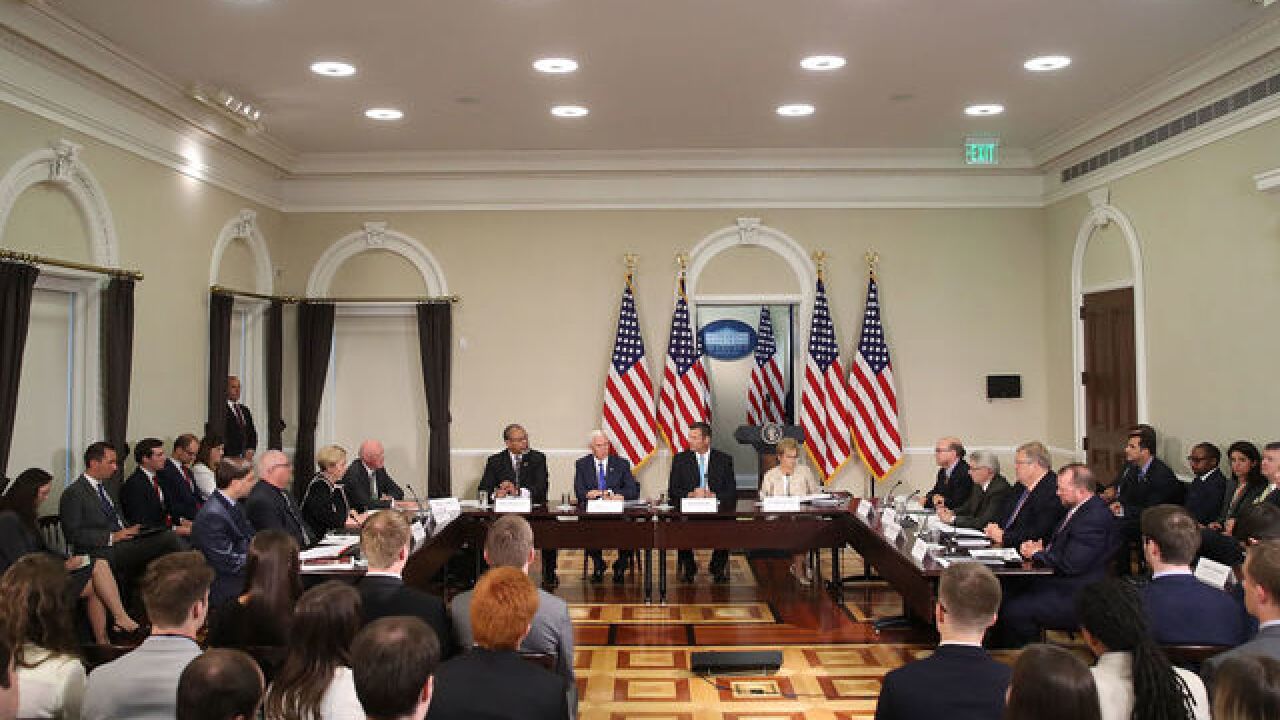 The GAO wrote back to Bennet Thursday saying it had accepted the request made last week by Bennet, Sen. Amy Klobuchar of Minnesota, and Sen. Cory Booker of New Jersey to review the actions and motives of the commission, which was created in May after the president’s repeated, yet unsubstantiated, claims that millions voted illegally in last year’s election.

The GAO says it doesn’t anticipate it will have available staffing to address the probe for five months, however, and wrote to Bennet that the managing director of Homeland Security and Justice would get back in touch closer to that time to be sure it was still a priority.

In his request to the GAO, Bennet said previous efforts to clarify the commission’s activities have been ignored, but that some information released through open records requests and in court documents “are cause for serious concern.”

The senators asked that the GAO look into several things involving the commission: the amount of federal funding paid to the commission’s efforts and staffers; what the commission has done to address voter participation; the background information the commission is using in its analyses; its methodology; the steps it has taken to protect voter-roll information; and its adherence to federal regulations.

They also asked the GAO to complete its investigation within six months of the commission’s termination, though the exact date of that is unclear.

The president’s executive order says the commission will be terminated within 30 days of submitting its report to President Trump.

Many Democrats and some Republicans have said the panel’s quest to get voter-roll information from every U.S. state has led to voter suppression, though Colorado’s secretary of state, Wayne Williams, complied with the request and tamped down fears that the information would be used to target certain voters.

But more than 5,000 people in Colorado withdrew their voter registrations in response to the commission’s request, which angered Bennet and led him to call for the commission to be disbanded entirely in July.

At the time, he said the commission was “wasteful and harmful” and was formed only “as the result of delusion, conspiracy theories, and truly ‘fake news.’” He and Booker have also filed legislation that would require the GAO to audit the commission.

The GAO’s confirmation that it would investigate the commission comes after it was questioned—even by some of its own members—about its agenda and activities.

Several secretaries of state, an Alabama commissioner, and a former Justice Department attorney have all made requests for similar information, as have media outlets, but they have so far been denied, according to the Associated Press.

During fiscal year 2016, the GAO, which is the nonpartisan watchdog over Congress, issued 2,071 recommendations, 73 percent of which were implemented.