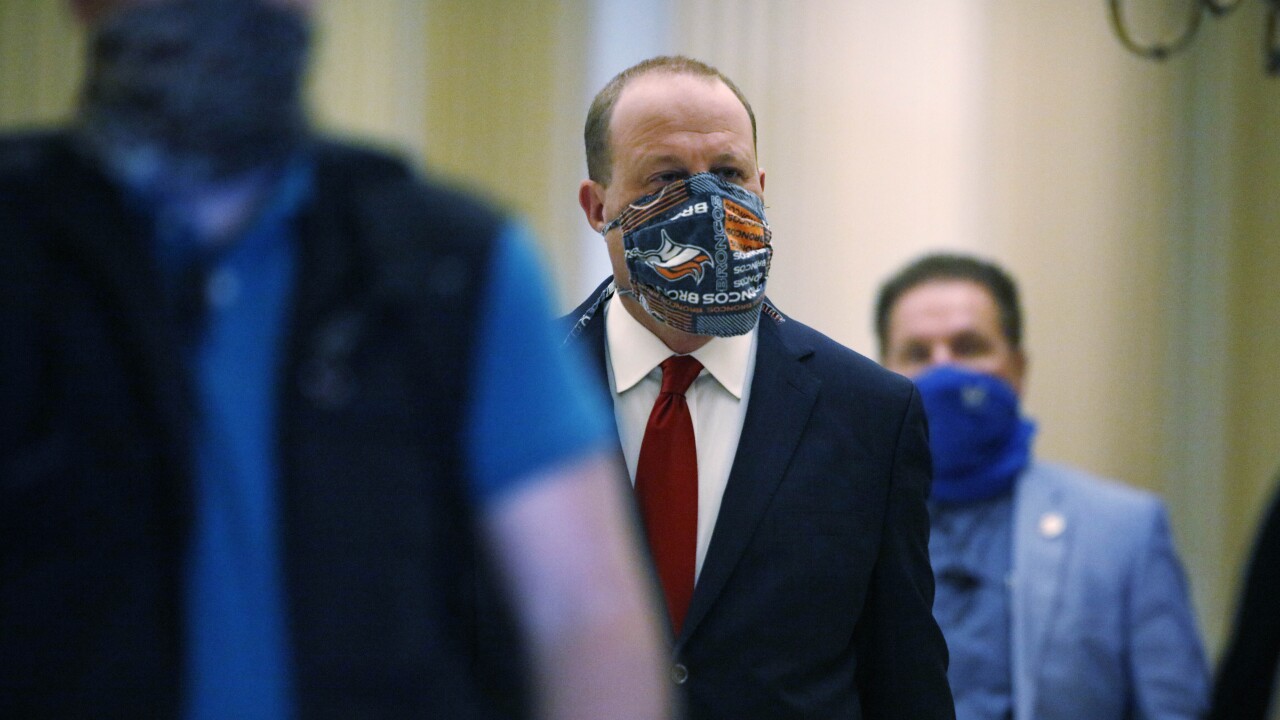 (Copyright 2020 The Associated Press. All rights reserved. This material may not be published, broadcast, rewritten or redistributed.)
David Zalubowski/AP
Colorado Gov. Jared Polis wears a face mask as he enters a news conference to update the state's efforts to check the spread of the new coronavirus Monday, May 11, 2020, in Denver. (AP Photo/David Zalubowski) 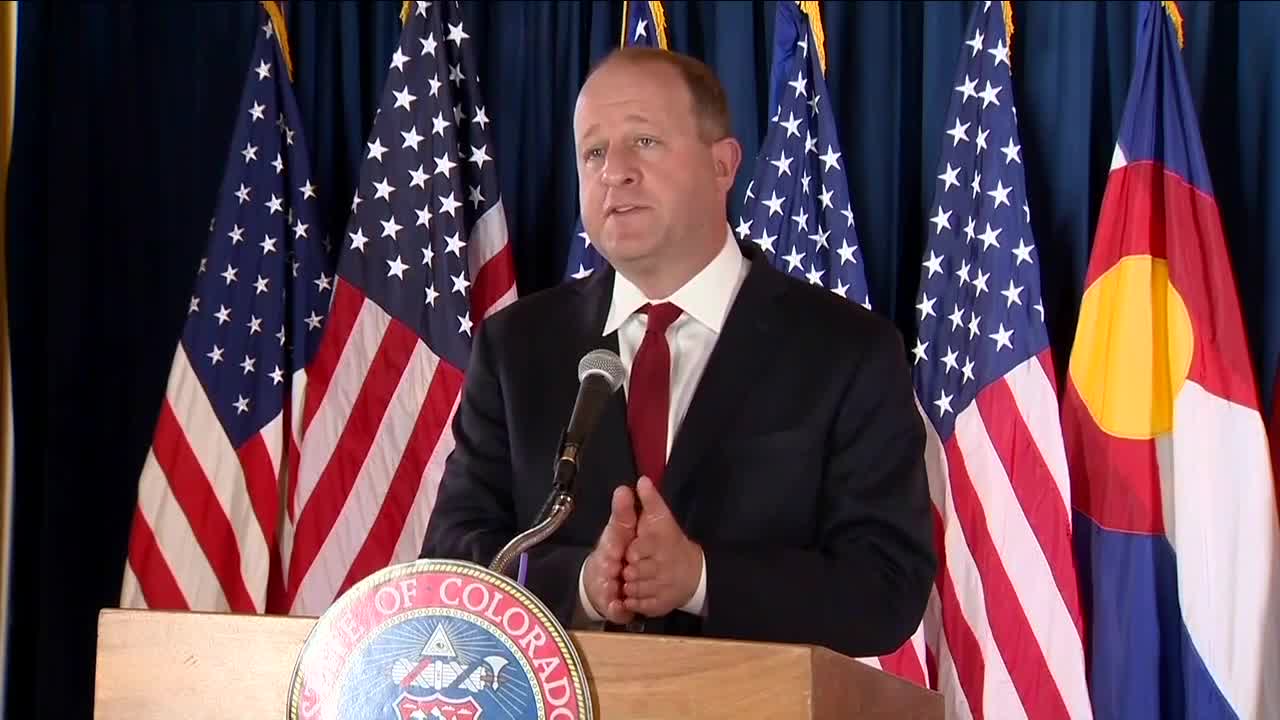 DENVER -- As Governor Jared Polis delivered his latest coronavirus update Tuesday, he touched on a topic that's become part of the news cycle this week.

“We’re not gonna allow any election — there’s an election coming up, petitions recalls — we’re never gonna let any of that distract us from growing Colorado’s economy from moving forward,” Polis said during the news briefing, referring to a new recall effort which was approved for signature gathering Monday.

This is not exactly a new challenge for the governor, who faced a similar recall effort last year.

“We’re on the clock,” said organizer Greg Merschel, who's behind the Recall Polis petition this year. A different group — which Merschel was a part of — tried to recall the governor last year and failed, so why is he trying again this year?

His group has until November 13 to collect over 630,000 signatures for the petition to have firm standing. Polis says he remains focused on his job.

“Since day one, Governor Polis has been focused on delivering real results for Coloradans across the state, and he has done just that. He has delivered on his promise to provide free full-day kindergarten to Colorado’s children regardless of zip code, fought tooth and nail to lower the cost of health care, taken bold climate action putting Colorado on the path to 100% renewable energy by 2040, and cut taxes for small businesses," reads a statement obtained by Denver7 from the governor's office. "Now during this unprecedented pandemic, Colorado has been a model for the country thanks to the bold and swift actions taken by Governor Polis including being one of the first states to reopen. Like the majority of Coloradans, the Governor believes that playing politics during this challenging time for our state and country is simply inappropriate and shameful."

The group believes they have enough momentum behind them this time around to force the recall.

“The recalls are actually a two-question Special Election. Number one, should you replace Polis; number two, who should replace him?” Merschel said.

Last year, the recall effort collected less than half the more than 600,000 signatures needed.