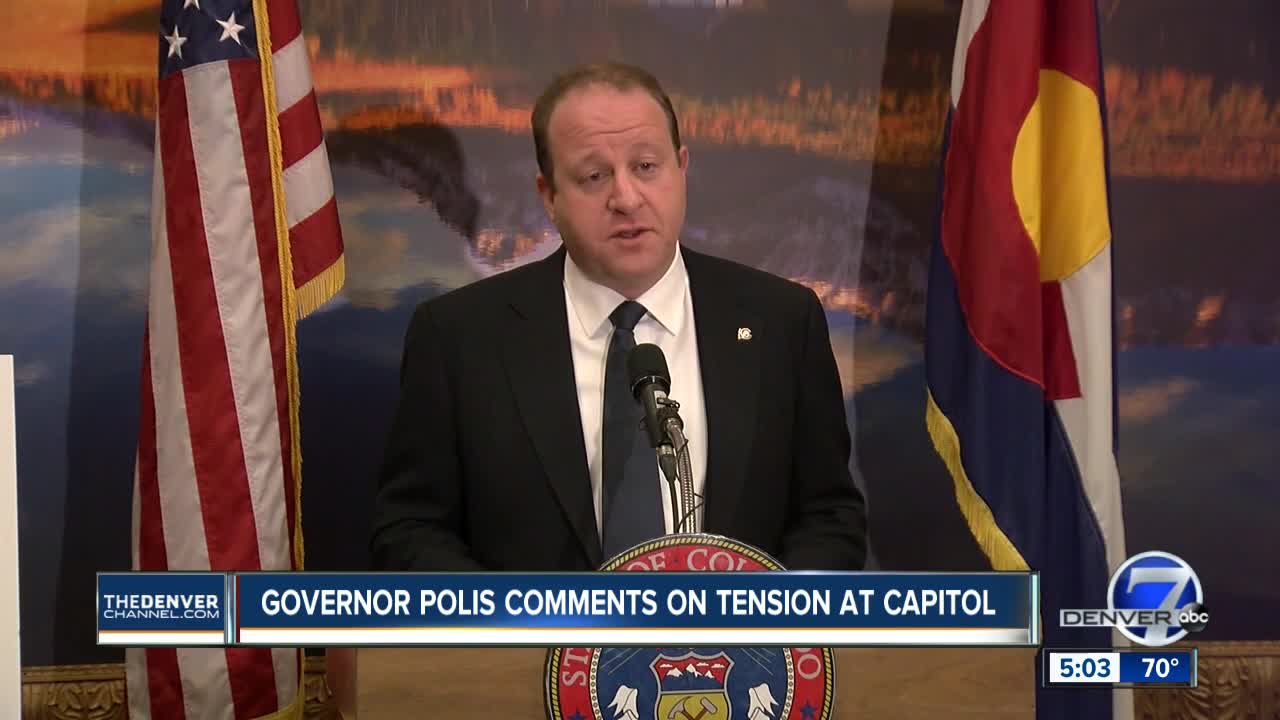 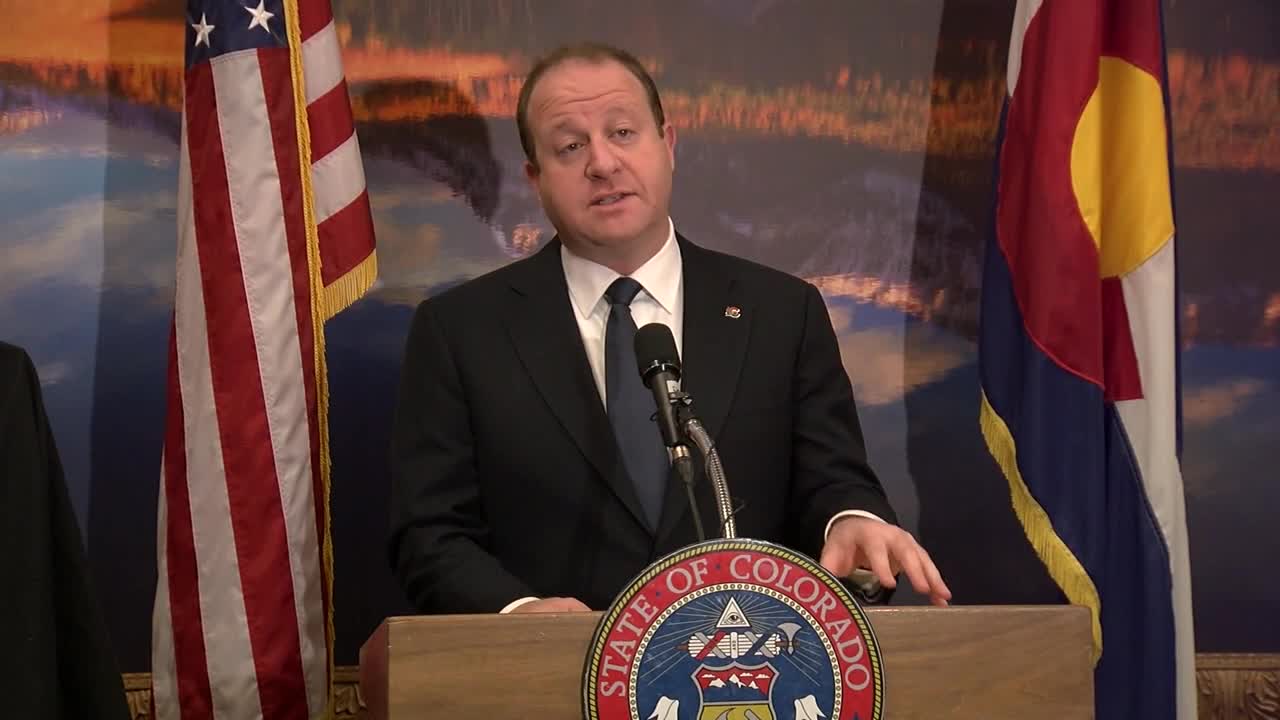 DENVER – Gov. Jared Polis on Tuesday talked around the question of whether he believes sheriffs will uphold the so-called red flag extreme risk protection order measure, which he supports, should the bill make its way to his desk and him sign it.

The red flag bill, HB19-1177, would allow a judge to order that a person’s firearms be confiscated if they are deemed a risk to themselves or others. The request for a protection order would come from law enforcement or family members.

The measure has stirred emotions at the Capitol for a second year in a row and led to a wave of counties – 29 as of Tuesday – declaring themselves “Second Amendment sanctuary counties” or, in Douglas County’s case, a “safe constitutional county.”

The declarations from sheriffs and county commissions have come as a direct result of the measure making its way through the legislature – one of several mostly-Democrat-sponsored bills deemed controversial by Republicans, who are now in the minority in both legislative chambers.

The disagreements over the measures have led to delay tactics from Republicans, who accuse Democrats of trying to ram-through legislation since they have majorities in both chambers and the governor’s office.

“We haven’t used it as much as we should up here,” Hill told Denver7.

Republicans won a small victory last week when a judge ruled that the use of multiple computers to read a 2,000-page bill Republicans ordered read at length violated the constitution. But as the stalling crept into this week, Democratic lawmakers continued to blame Republicans for partisanship.

Senate Majority Leader Steve Fenberg, D-Boulder, who is the sponsor of the also-controversial oil and gas local control bill, said he felt Democrats were “negotiating with children sometimes” and called Republicans’ stall tactics, which included having journals and bills read at length, “an embarrassment for the institution of the democratic process.”

Polis, meanwhile, brushed aside questions about the partisan fights at the General Assembly Tuesday.

“The legislature is making strong bipartisan progress,” he said. “I think there’s a lot of good ideas on both sides of the aisle, and when the legislative process works well, and I’m confident it will this session, we’ll take some of those great ideas on both sides to produce a better outcome for Coloradans.”

Attorney General Phil Weiser, also a Democrat, testified in committee earlier this month that sheriffs who refuse to follow a possible red flag law should “resign” and said the resolutions attempting to preempt the law “cannot and do not override a valid judicial order implementing state law.”

But Polis did not take as hard of a line Tuesday when discussing enforcement should the law pass.

“Certainly, sheriffs have the ability to prioritize resources with regard to law enforcement. But also, sheriff is not a lawmaking position in our state. It’s a law enforcement division,” he said.

“I know our sheriffs have the highest professional standards, and we do so as well, but yes, law enforcement agencies also have discretion around prioritization of resources,” Polis added.

The third reading of the measure in the Senate was laid over again Tuesday for the second day in a row and could see final Senate passage Wednesday if the bill is heard for its third reading and vote. But it would have to go back to the House for concurrence on amendments made in the Senate before heading to the governor’s desk.

However, the margin to pass the Senate is slim, with Democrats holding a 19-16 majority. The Pueblo Chieftain reported Tuesday afternoon that Senate President Leroy Garcia would vote against the red flag measure.

Polis, who is expected to sign the measure if it reaches his desk as expected, told reporters he believed that the municipalities tasked with enforcing the law would fall in line.