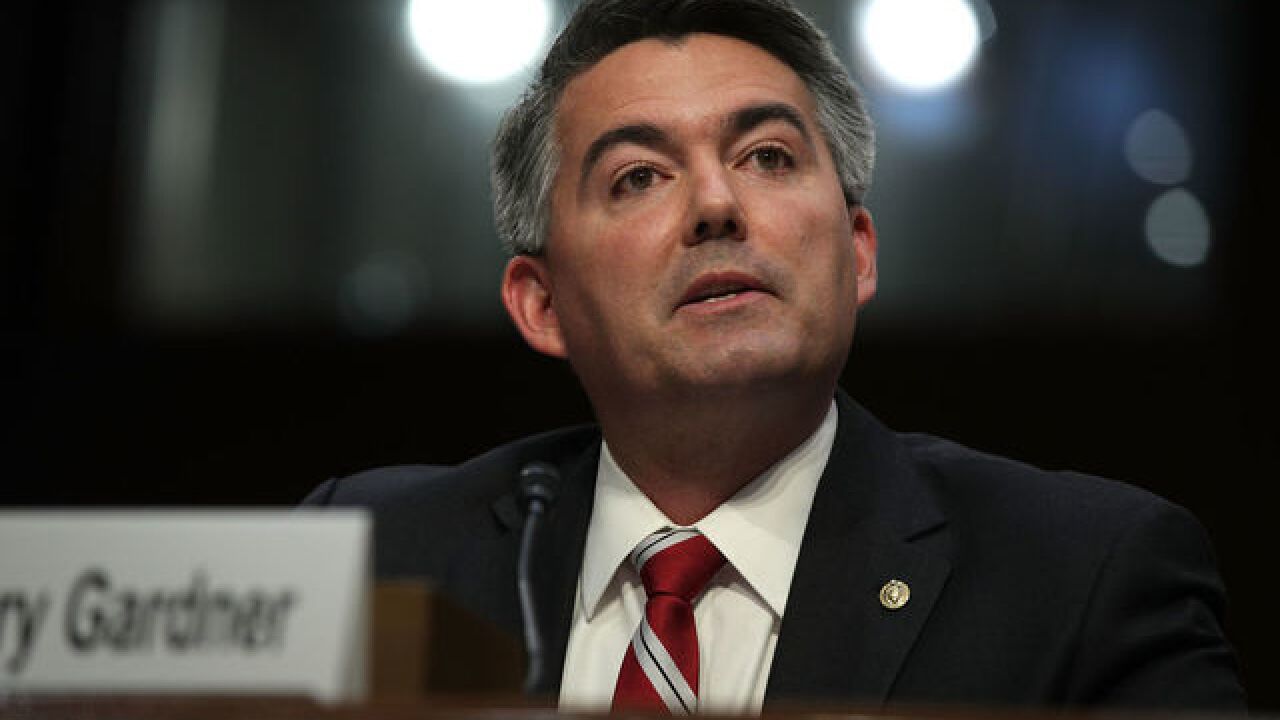 DENVER – Sen. Cory Gardner said he hopes an advertisement from the National Republican Senatorial Committee using the 2017 Firestone explosion to attack his opponent, John Hickenlooper, will be taken down after pleas from Erin Martinez.

Martinez, who was badly injured in the explosion and who lost her husband, Mark Martinez, and brother, Joey Irwin, issued a statement last Thursday to Denver7 calling for the NRSC, which Gardner formerly chaired during the 2018 cycle, to “remove this ad from public view immediately” while calling the ad “horrifying.”

The ad from the NRSC unveiled last week accuses Hickenlooper of being partially liable for the aftermath of the explosion because of his relationship with Anadarko Petroleum, which at the time owned the well pipelines that leaked methane into the Martinez home, causing the explosion. It uses images of her home shortly after the explosion.

Gardner said in a statement Wednesday he had spoken to Martinez on Tuesday and that he did not support the ad.

“I spoke to Erin Martinez today and expressed to her that I would not have personally run the ad, and I hope the ad comes down,” Gardner said, adding: “If I had the power to take down the ad, I would.”

Martinez said in a statement Tuesday evening to Denver7 that she questioned whether Gardner understands the impact the ad had on her.

“While I am glad that Sen. Gardner has finally realized the ad should be taken down, I am sorry that it has taken him and his staff more than four days to respond to my phone call and request some relief for my family. Our family’s trauma should not be the subject of a horrible political ad. We have worked very hard to create a positive legacy for my husband Mark and my brother Joey to ensure no one relives our nightmare,” Martinez said.

“Sen. Gardner underestimates his power to have the ad taken down if he publicly speaks forcefully to make it happen,” she added. “After talking to him, I wonder if he really understands the harm the ad has inflicted.”

Gardner’s campaign said it received a voicemail from Martinez Monday and called back the same day to schedule a call between the two.

The state has since implemented into law SB-181, which ordered the COGCC to prioritize public health, safety and the environment in dealing with the oil and gas industry in Colorado – with major backing and testimony from Martinez. Last November, regulators approved a set of safety measures designed to increase citizen protections in areas surrounding thousands of miles of underground oil and gas pipelines in the state.

Hickenlooper spokesperson Melissa Miller said Wednesday that Gardner “chose the cowardly approach over the right one.”

The NRSC did not immediately respond to questions on if it would be pulling the ad or a request for further comment on Wednesday.