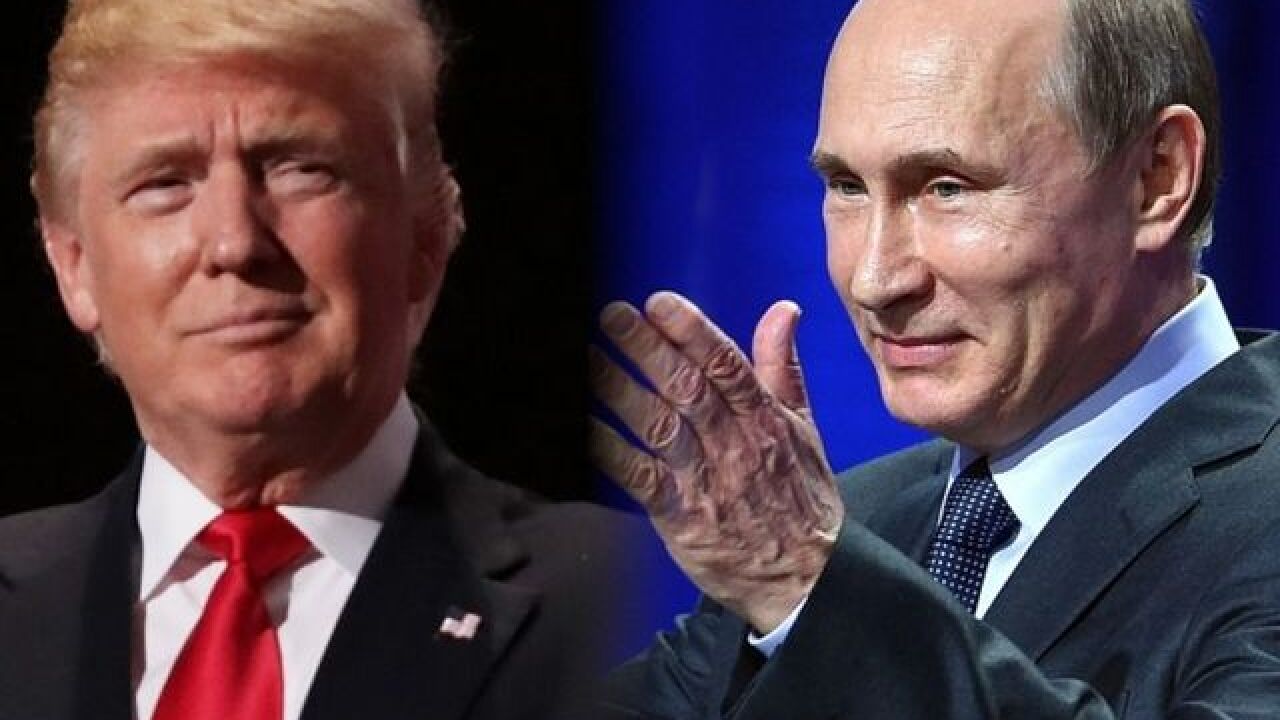 The responses from Sen. Cory Gardner and Rep. Mike Coffman came after the Washington Post reported the information sharing, which included details on ISIS operations and plans the U.S. had obtained from a sensitive Middle Eastern ally and had yet to share with other close allies, according to the report.

The reporting was corroborated by multiple other news outlets, including the New York Times, Wall Street Journal, Reuters and BuzzFeed, among others.

The White House called the story “false,” though a carefully-worded statement from National Security Adviser H.R. McMaster did not deny the reporting done by the Post.

Colorado’s Democrats all came out with statements Monday afternoon urging more caution with classified materials and saying they were reviewing the stories.

But the state’s Republican members of Congress had been mostly mum—until Tuesday, when Sen. Cory Gardner, Rep. Mike Coffman and Rep. Doug Lamborn issued statements in which they said they were concerned about Trump’s conduct. Rep. Scott Tipton's communications director also offered a statement -- more on that further down in this story.

The Times also reported, citing a Comey associate, that Trump had asked the former director to consider jailing reporters for publishing classified information.

“Any reports of sensitive information being revealed to the Russians is concerning,” said Sen. Cory Gardner Tuesday. “We should always be cautious when discussing issues of national security with them—classified or not.”

And though he has expressed concerns about Russia’s alleged involvement with the Trump campaign, he issued his strongest statement yet regarding Russia and its president, Vladimir Putin.

“Vladimir Putin is a thug and the Russians are no friend to the United States,” he said.

Matthews notes that Gardner was among those who introduced a bill last year calling for Hillary Clinton and her staffers to have their security clearances revoked because they had “exercised extreme carelessness” in the handling of classified information.

“That legislation was talking about a legal right, at the time that was the issue—somebody who had a legal right to the information,” he told Matthews.

Coffman similarly took issue with the president’s relations with Russia in a statement to Denver7 Tuesday.

“The administration needs to come to terms with an unarguable fact – Russia is not America’s friend. Period. While the president has legal authority to declassify information he needs to exercise more discipline when dealing with sensitive materials,” Coffman said in a statement to Denver7.

Rep. Doug Lamborn (R) issued a statement late Tuesday afternoon, saying he puts "more trust in the account of Oval Office meetings with the National Security Advisor than I do with unnamed sources."

But he followed it up by saying that Trump himself is the only one who can now tell the truth about what really happened -- despite the president tweeting early Tuesday that he had indeed discussed some issues involving ISIS with the two Russian officials.

"That said, I believe that it is important for the president to put a stop to the swirling media narratives around his actions by sharing the complete truth with the nation," Lamborn continued in his statement.

Lamborn is already facing a 2018 primary challenge from state Sen. Owen Hill, a Colorado Springs Republican who was highly-visible during this year's Legislature.

Rep. Jason Chaffetz, the Republican chairman of the House Oversight Committee, said later Tuesday that if the Comey memo exists, "I need to see it sooner rather than later. I have my subpoena pen ready."

He also sent a letter to Acting FBI Director Andrew McCabe requesting the preservation of everything related to the investigation.

Chaffetz letter to FBI: I want all all memoranda, notes, summaries and recordings related to Trump-Comey communications pic.twitter.com/GTy8wrZ1yo

"Until he has access to them, the congressman will not be commenting further," Payne said.

He said that if the Times' Tuesday story was true, that "Trump's statement shows he tried to influence the FBI investigation into his ties to Russia."

"We are not letting this go," Perlmutter said.

"Only an independent special counsel, free from potential political interference, can get to the bottom of the matter," Rep. Diana DeGette (D) said, quote-tweeting the Times' story.

Though requests for comment on the issues were made to all of Colorado’s members of Congress Monday, Denver7 has still yet to hear from Rep. Ken Buck.

But Buck sent a statement Wednesday morning, more than 36 hours after a request for comment was originally made. He said he had no concerns about any of Trump's conduct involving Russia, but instead pointed to "illegal leaks" to "anonymous sources" alleging "speculative harm."

The rest of his statement failed to address any of the issues:

"I do not believe it is prudent to respond to illegal leaks by anonymous sources alleging speculative harm. We have much to celebrate in America including record low unemployment and high consumer confidence. Americans are concerned about their family income, public safety and a growing economy. Congress and this President are working diligently to provide opportunity for all Americans."

Coffman has so far been the only Republican member of Congress from Colorado t o call for a special prosecutor to be appointed to investigate the alleged ties between Russia and members of the Trump campaign and administration.

In an interview last week, he also lamented the "cloud" hanging over the Trump administration because of the alleged Russia ties, and said it had led to further polarization of Congress.

Coffman furthered his calls for a special prosecutor Tuesday evening, agreed with Chaffetz seeking the Comey memos, and said, as have others in Congress, that Comey should testify in front of Congress.

“We need the memos, Comey should testify and I still believe that a special prosecutor should be named,” Coffman said.