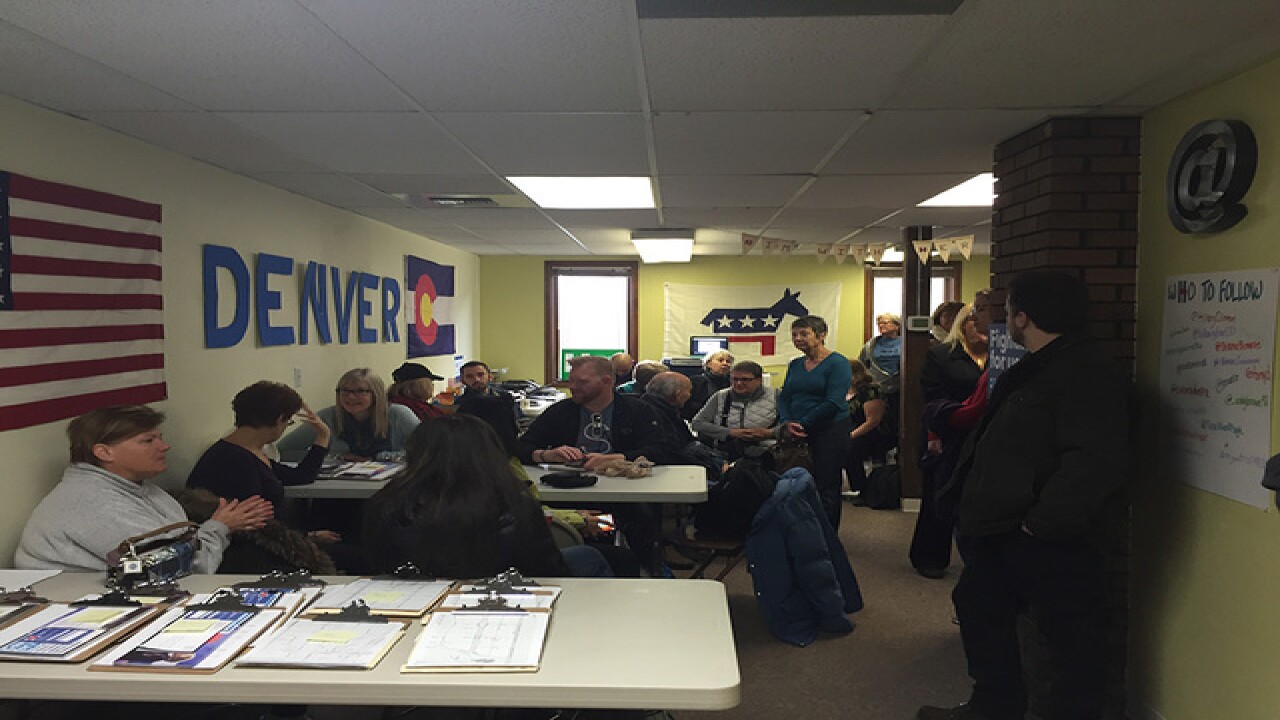 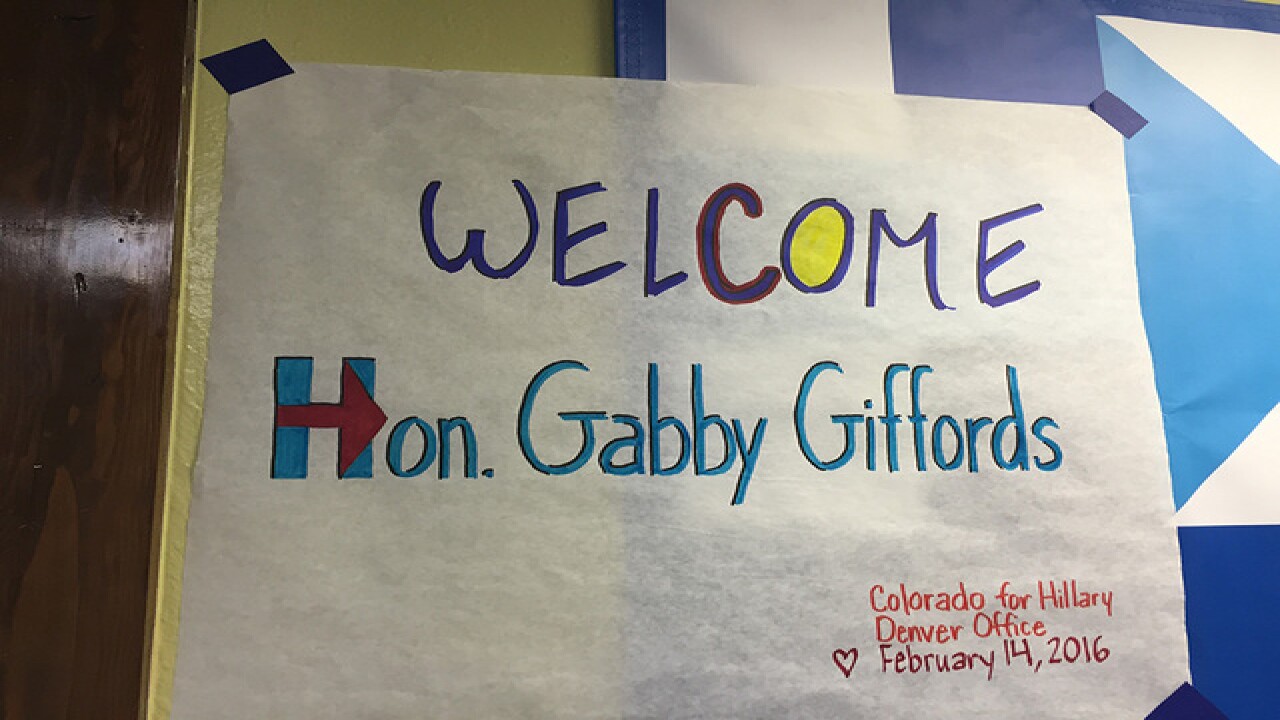 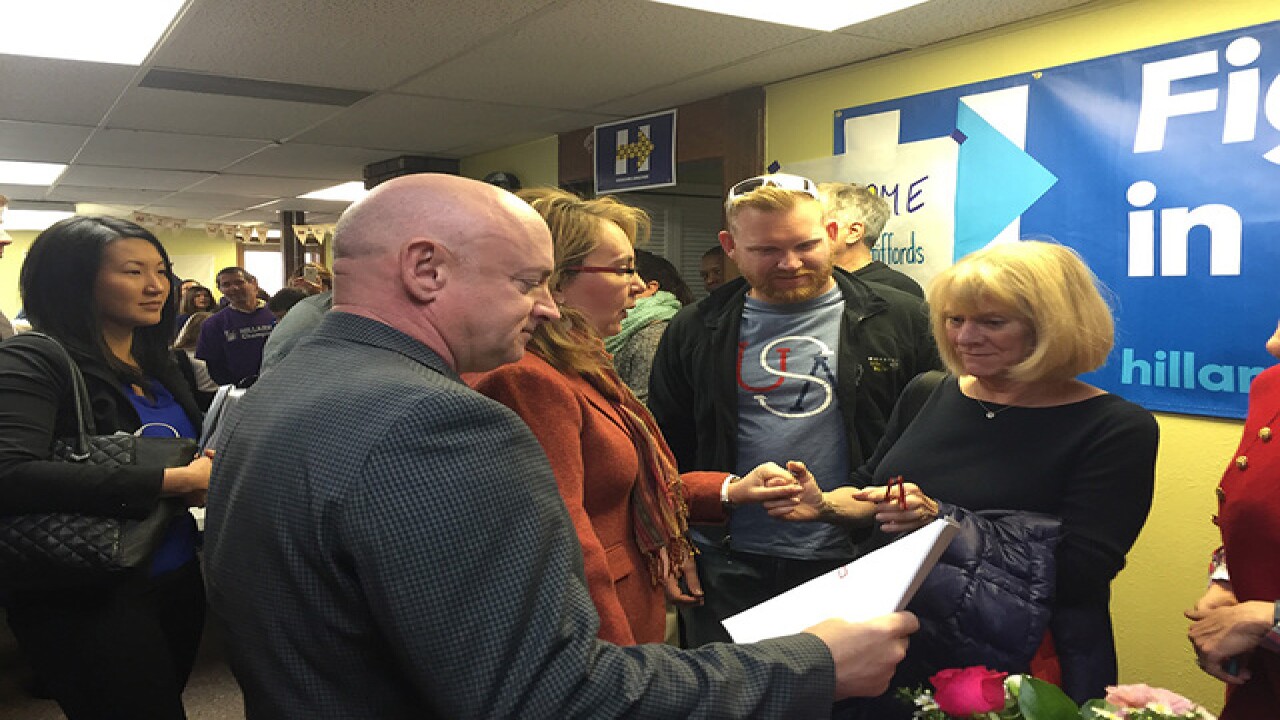 Former Congresswoman and shooting survivor Gabrielle Giffords was in Denver with her husband this weekend campaigning for Hillary Clinton.

The couple stopped by Clinton's campaign office in the Highlands to speak to the crowd of volunteers preparing to knock on doors Sunday morning.

"Hillary is tough, Hillary is courageous," Giffords told the crowd. "She will fight to make our families safer. In the White House she will stand up to the gun lobby. That’s why I'm voting for Hillary."

Giffords was shot in the head during a mass shooting in 2011 in Tucson. Six were killed and Giffords was among 13 wounded. She's gone on to make an incredible recovery and become an outspoken advocate of gun control along with her husband, former astronaut Mark Kelly.

"When Gabby was injured five years ago, we didn’t know a lot about this issue," Kelly said. "We were both gun owners, supporters of the Second Amendment. At the same time, we didn’t realize there's this big corporate lobby out there."

The couple also hosted a roundtable discussion at a Denver school on Saturday, meeting with people who have lost loved ones in Colorado mass shootings.

The campaign stops are ahead of Colorado's caucus on March 1.