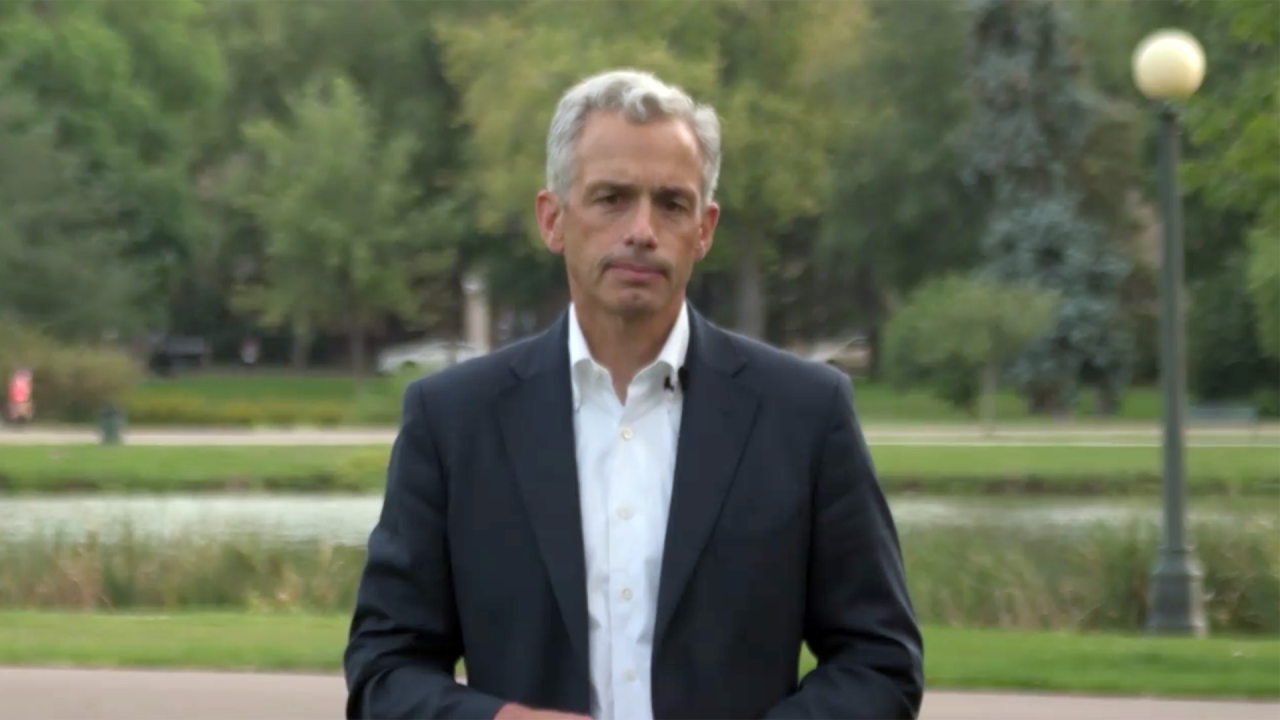 John Walsh for Colorado
Former U.S. Attorney John Walsh said in a video posted to his campaign’s Facebook page that he believes Hickenlooper is the candidate best-suited to defeat Sen. Cory Gardner, R-Colo., next November.

DENVER – Another of Colorado’s Democratic U.S. Senate candidates dropped out of the race on Wednesday and endorsed John Hickenlooper – the second candidate in eight days to leave the race after the former governor entered.

Former U.S. Attorney John Walsh said in a video posted to his campaign’s Facebook page that he believes Hickenlooper is the candidate best-suited to defeat Sen. Cory Gardner, R-Colo., next November.

“I believe that Gov. Hickenlooper offers our clear, best opportunity to beat Cory Gardner and win back this seat. The governor’s record of fighting for Colorado is unmatched by any other elected official in Colorado,” Walsh said. “And you know, I’ve spoken to him about this race, and I have confidence that he will be a powerful, effective senator and I am confident that he has what it takes to defeat Cory Gardner and remove Mitch McConnell as majority leader.”

There had been speculation as to whether Walsh would leave the race after Hickenlooper entered, when Walsh said that the race had entered a “new phase” and his campaign said the next steps were under review.

Walsh’s leaving the race and Mike Johnston’s departure last week leaves the field of Democrats vying to unseat Gardner at 10. Some of the candidates have balked at the Democratic Senatorial Campaign Committee’s endorsement of Hickenlooper, saying it is putting its thumb on the scale of the race and that voters should be the deciding factor in who receives the party’s nomination.

Walsh said Wednesday he would support whichever Democrat ends up winning the nomination despite his efforts being dedicated to Hickenlooper for now.

“We have many wonderful candidates in the race for the Democratic nomination for the U.S. Senate here, and I am proud to call all of them friends,” Walsh said. “Ultimately, it’s the voters who will decide who the nominee will be, and I will support whomever that person may be.”

Walsh said that he was “not going to be going away” and was dedicated to flipping Colorado’s Senate seat and putting Democrats back in the majority in the Senate.

“The future of our democracy is on the line. Failure is not an option,” he said. “With all of us working together, we will win.”

Hickenlooper thanked Walsh for his support and efforts during the campaign in a series of tweets.

“My friend @johnwalshco is a great Coloradan. He has spent his career fighting to give everyone a fair shot at the American Dream, and he ran a strong campaign based on that same fundamental principle,” he wrote. “I’m honored to have his support in my campaign for U.S. Senate and look forward to hitting the trail with him to defeat Cory Gardner.”