Duran: "It is time for something new & different." 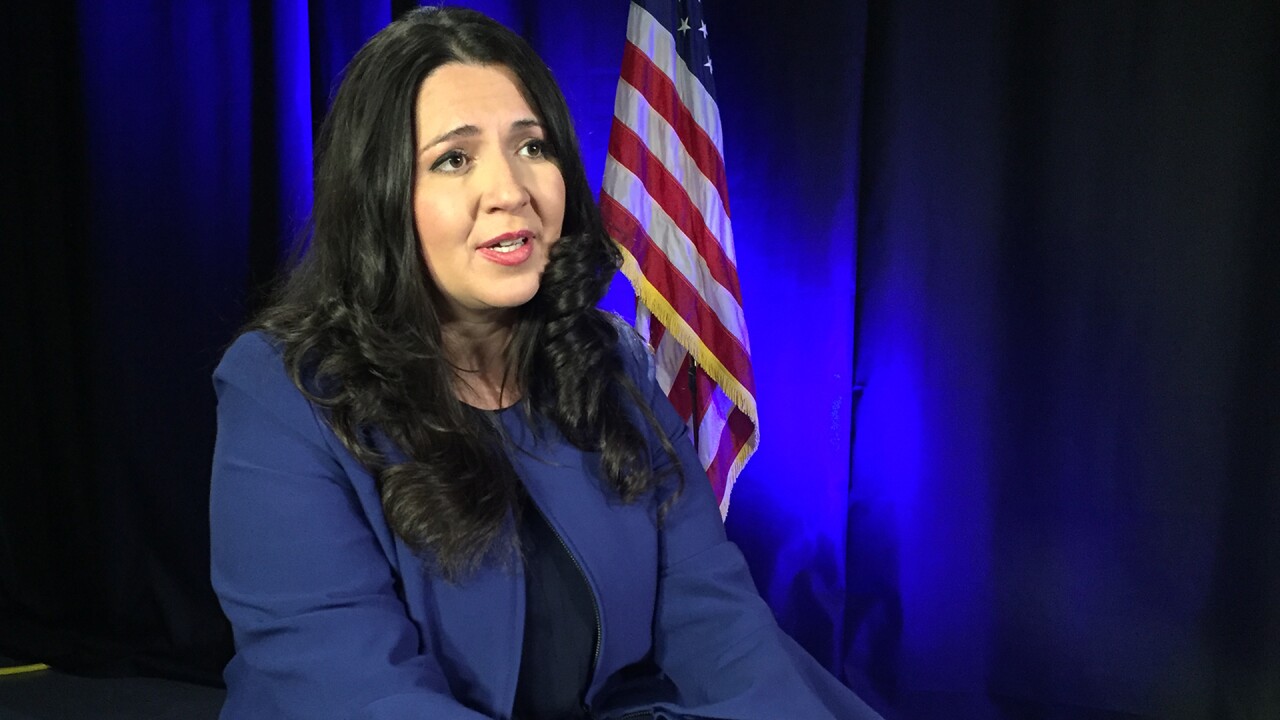 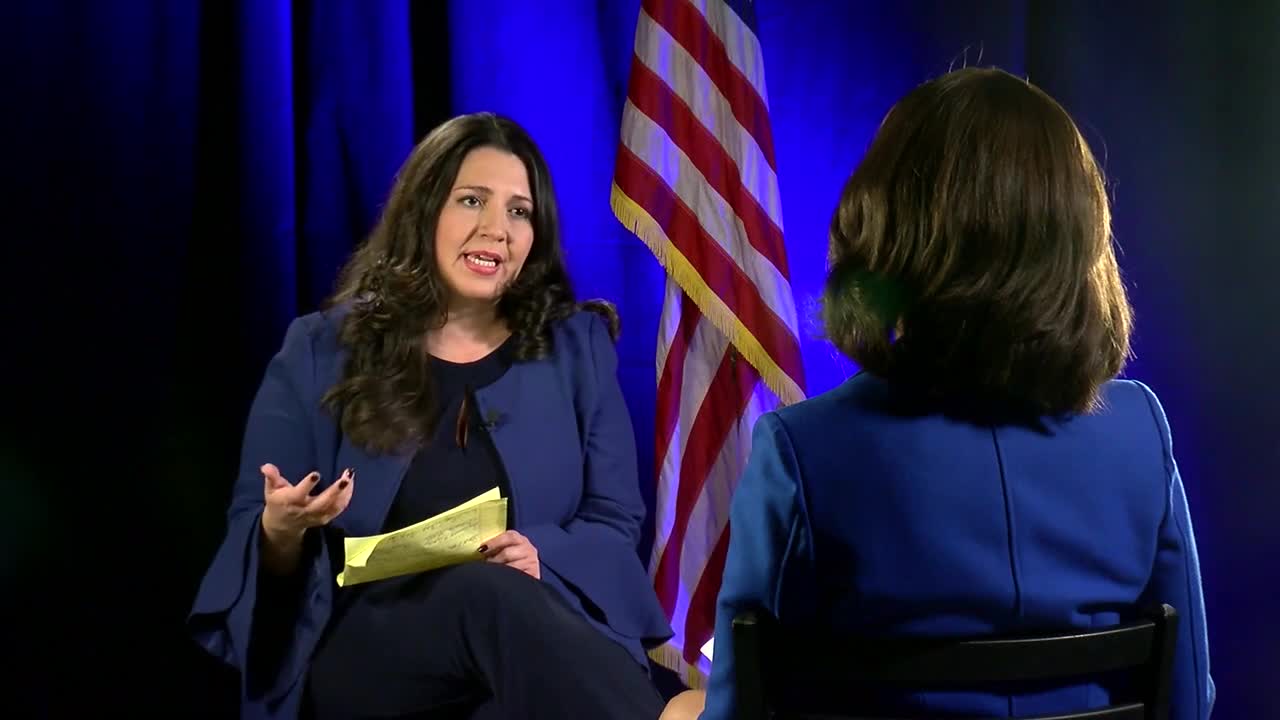 In an exclusive interview this week, Duran said she will try to unseat the 12-term congresswoman from Denver in an effort to bring “a new generation of leadership” to the U.S. House of Representatives – something Democrats started in 2018, when candidates like Alexandria Ocasio-Cortez unseated Rep. Joe Crowley, who had spent almost 20 years as the representative for their district in New York City. Ocasio-Cortez and several other freshmen members of Congress have pledged to continue to bring a new generation to Washington.

“The district has changed a lot since 1997, when Congresswoman DeGette was elected, and I applaud the work that she has done … in the past on behalf of the district,” Duran told Denver7. “But I also think in this time, where we have Donald Trump in the White House, we have seen the elevation of hate and fear. It is time for something new and different.”

Duran, 38, is expected to file her official paperwork to run for the CD1 seat Sunday evening.

She has long been rumored to be seeking a higher office after she was term-limited as a state House lawmaker, where she served as Speaker for her final two years in office.

Many had speculated that Duran would seek the Democratic nomination in the 2020 U.S. Senate race to try and unseat Republican Sen. Cory Gardner, but after another former Colorado House Speaker, Andrew Romanoff, and former state lawmaker and 2018 gubernatorial candidate Mike Johnston entered the race, Duran opted to vie for a Democratic primary challenge to DeGette.

Duran, who represented District 5 in Denver while she was a member of the state House, told Denver7 that she spoke with many people over the past several months to try and decide which seat she might seek and where she could be most effective.

“I have been honored and humbled by the number of people who have encouraged me to run for the U.S. Senate or run in CD1. … From the very beginning of this discussion, it was all about where I could be most effective to be able to create change,” she said. “After listening to a lot of different leaders encouraging me to do different things, and community members, I am convinced I have more work to do on behalf the people of CD1 to be able to lead in a new and different way where everyone has a seat at the table.”

She said she wants to be “unapologetic” and “unafraid” to bring forth “bold ideas.”

That includes her supporting the Green New Deal and an early focus on climate change — in addition to her work in support of undocumented immigrants, transportation issues and affordable housing, Duran told Denver7.

“We need to have goals to be able to promote renewable energy and be sure that we also are giving people who are willing to work hard the skills they need to be able to have access to good-paying jobs,” she said. “In the past, I have worked to increase our renewable energy standard in Colorado, worked on legislation to try and make Colorado one of the best states in the country to live to own an electric car, and I want to continue that bold leadership in Washington, D.C.”

She says she continues to be inspired by her parents, who were involved in their community and in the labor movement throughout her life.

“At the dinner table, we talked a lot about how you build the middle class … how to make sure that people most vulnerable among us – homeless, veterans, people who need to have a roof over their head – have the opportunity and ability to do so,” Duran said.

Duran is 38 years old and will be challenging DeGette, who is 61 and in her 12th term in Congress has risen to become the House Democrats’ chief deputy whip and the chair of the Oversight and Investigations subcommittee on the House Energy and Commerce committee. DeGette has handily defeated nearly all of her challengers from either party during her time in Congress, though Democratic challenger Saira Rao took home 32 percent in last year’s primary against DeGette.

Duran said the challenge is nothing personal against DeGette, but rather that it was time to challenge in order to try and create change and to “lift up a new generation of leaders.”

“I think competition is good and I believe in democracy. And the people in this district should have the right to decide who they want to lead them,” Duran said. “And because of my belief in democracy, I believe this is good for the party, good for all the people who make up CD1, and it is time for change.”

Duran says her experience in lifting up women and people of color in society will continue as she tries to shake up Colorado’s congressional roster.

“I’ve said at times I felt as though I worked twice as hard to even be considered [to be Speaker] because there were barriers and because there were challenges along the way,” she said. “I worked to be able to lift other leaders up to be able to get elected, to get involved in politics, to get into different jobs, and I want to be able to continue on the work that I’ve already done to build a new generation of leadership on every single level of government – whether it is at the city council level, the statehouse, or the halls of Congress.”

DeGette’s campaign committee ended the 2017-18 cycle with $153,477 in cash on hand, according to campaign finance data, so Duran will have to try and raise money to catch up with her and could see donors split between the two Denver women. Duran says she looks forward to a new challenge.

"Whether it’s fighting to make health care more affordable or protecting a women’s right to choose, Rep. DeGette spends every day working hard for the people she represents," wrote Lisa Cohen, chief of staff for DeGette. "In fact, as the chair of a powerful House oversight committee, she’s leading two important Congressional hearings this week - one on the ongoing outbreak of measles here in the U.S and another on the EPA’s lax enforcement of our nation’s environmental laws. So, right now, she’s focused on doing her job - and will let the politics take care of itself."

“I think it will be a tough race. I think it will be a race where I will work to earn every single vote I can get. I welcome it and I look forward to having the opportunity to go to every single community that makes up CD1 to be able to listen to people and learn from them and accomplish change,” Duran said. “At the end of the day, I believe in democracy, that people should have a choice and let the people decide who they think is the best leader to move our country forward.”