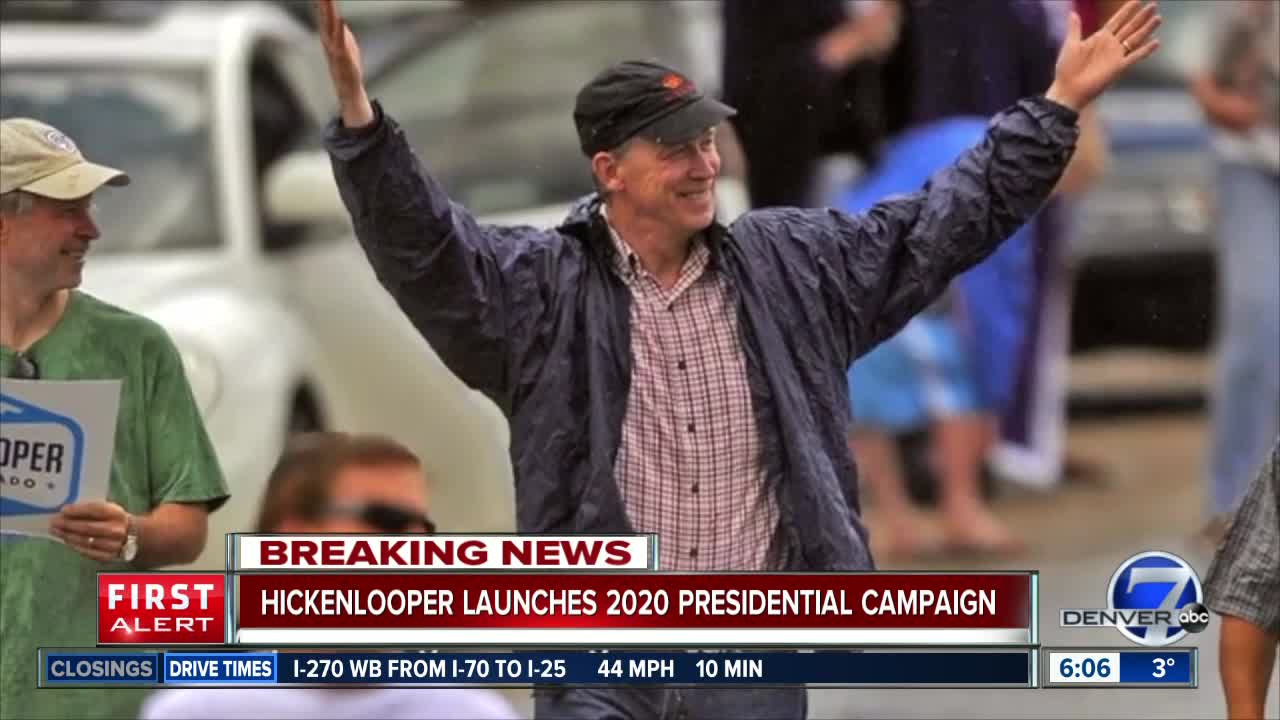 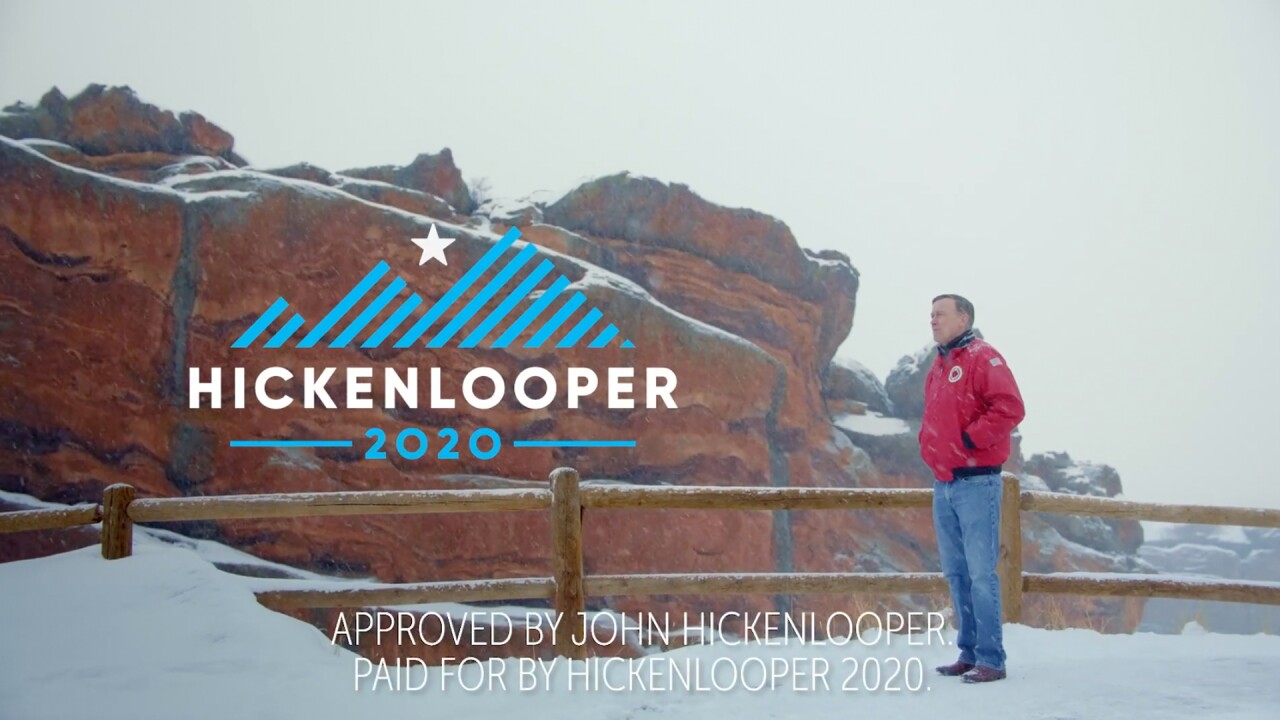 DENVER – John Hickenlooper formally launched his 2020 presidential campaign Monday morning with an announcement in which the former Colorado governor talks of repairing “damage” done to the country by the current administration and bringing people together for “progressive” change.

Hickenlooper, the Democratic two-term governor of Colorado and former Denver mayor, announced that his 2020 bid for the Democratic nomination for president would start with a campaign kick-off event Thursday at Civic Center Park in Denver.

“I’m John Hickenlooper. I’m running for president because we’re facing a crisis that threatens everything we stand for,” Hickenlooper says in a campaign ad that pictures President Donald Trump at that point but which leans more on a tone of togetherness.

“I’m running for president because we need dreamers in Washington,” Hickenlooper says with a snowy Red Rocks as his backdrop, “but we also need to get things done.”

The campaign ad highlights Hickenlooper’s growth in Colorado – from a geologist, to a brewer, to mayor and governor – and touts his work on Colorado’s economy, on the state’s response to historic flooding, on passing universal background checks for gun owners in 2013 and on environmental efforts as his top achievements.

Hickenlooper’s announcement has been long-anticipated. The term-limited governor has been a rumored 2020 presidential candidate for months, if not years, after he spoke with Hillary Clinton about a potential vice presidential job in 2016 and has made national appearances alongside Democrats and Republicans alike.

But he also joins an already-large and ever-growing field of Democratic candidates from across the progressive political spectrum, including possibly his friend and former chief of staff, Sen. Michael Bennet, and poll numbers, though early, have neither making a serious blip on the Democratic radar.

Still, Hickenlooper has made early stops in Iowa and New Hampshire and has had teams on the ground scouting a potential run for months, hoping to capture the popularity in Colorado that put him in the governor’s office for eight years on a nationwide scale.

And though he will have to find a way to separate himself from the other Democrats already declared or expected to in coming weeks and months, Hickenlooper’s announcement makes clear that Trump is the main target.

“As a skinny kid with Coke bottle glasses and a funny last name, I’ve stood up to my fair share of bullies,” he says in the ad. “I’ve proven again and again we can bring people together to produce the progressive change Washington has failed to deliver. Join me, and we’ll repair the damage done to our country and be stronger than ever.”

The Hickenlooper campaign will hold its kick-off rally Thursday starting at 5 p.m. at Civic Center Park in Denver. People interested in attending are asked to RSVP by clicking here.