For some Colorado families, the death penalty is personal and shouldn't be up for debate

Family of Ginny May argues against repeal 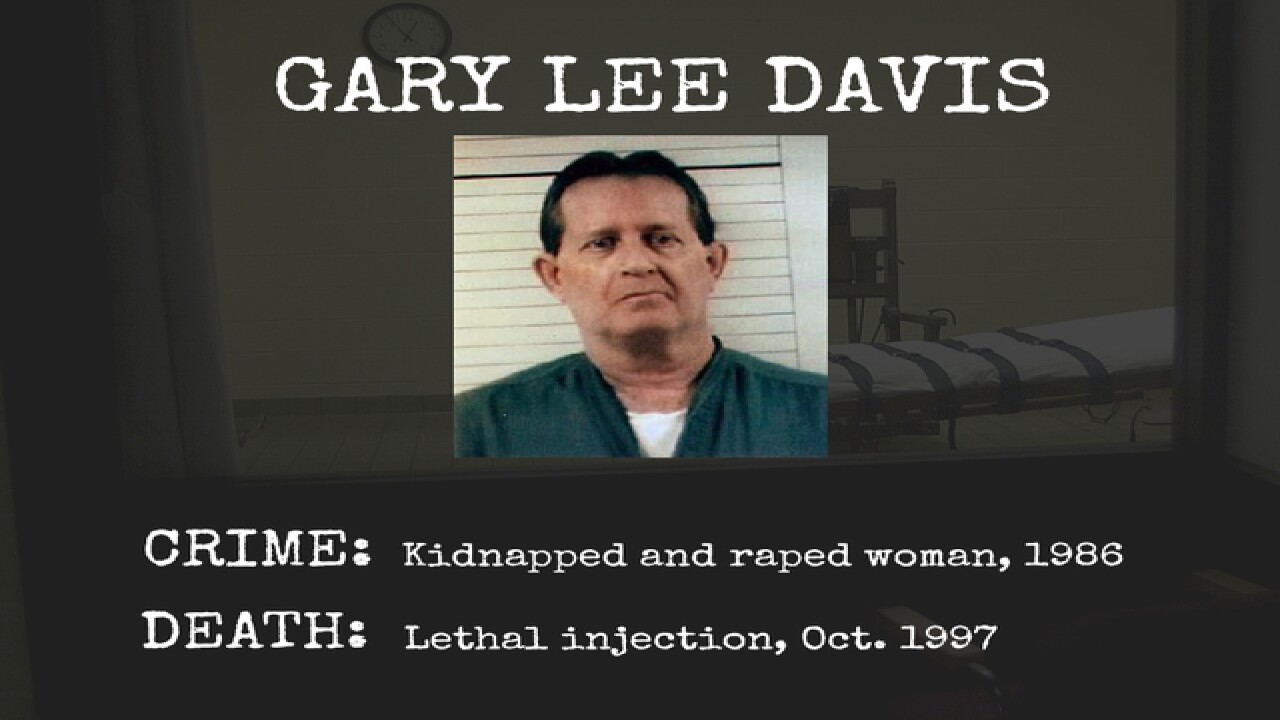 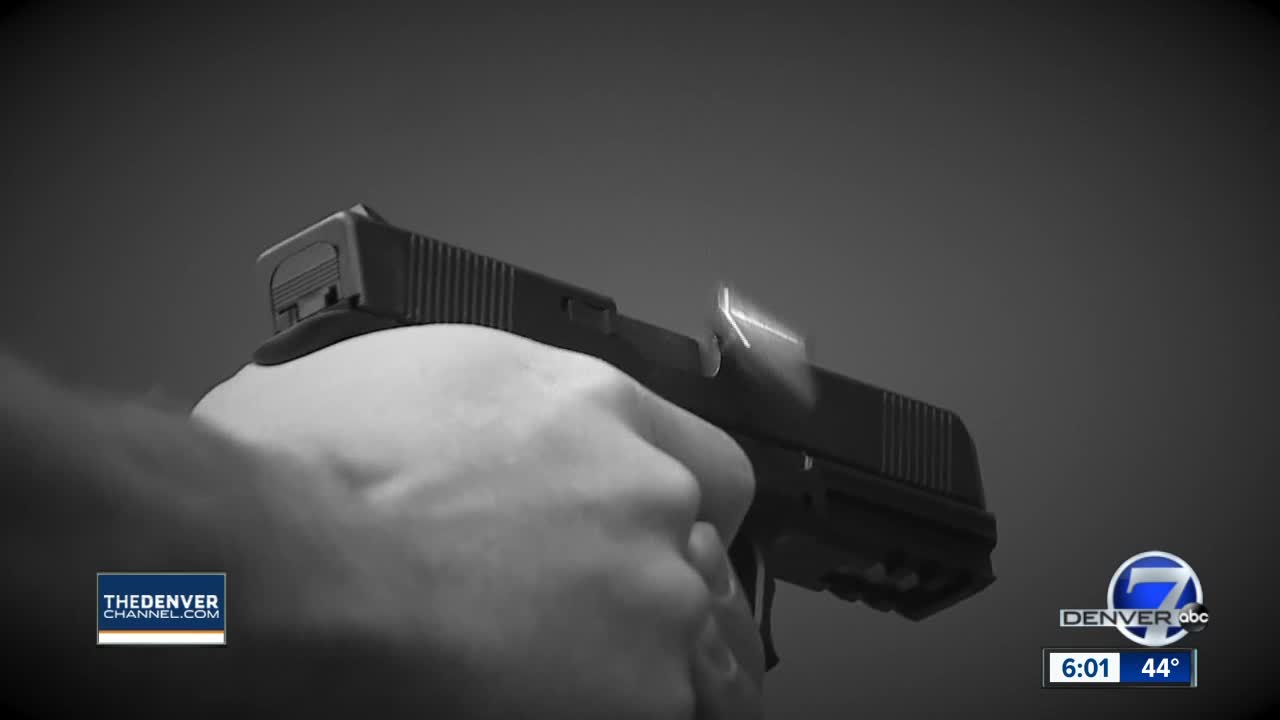 BYERS, Colo. -- The death penalty, and whether to repeal it or not, is turning out to be one of the most contentious topics at the Colorado state Capitol this year. For some, it’s not just a question of policy and morality, it’s personal.

That’s the case for the family of Ginny May, who was kidnapped, raped and murdered in 1986 by the man who was the last put to death in Colorado.

The morning of July 21, 1986 started like any other summer day in the small eastern Colorado town of Byers.

"Dawson was asleep on the couch,” MacLennan said of her youngest son.

She and her three small children were at home. Her husband was working. And then came the phone call.

“We had met the Davises at church,” MacLennan said. “It was Gary and his wife, Becky. And she called and she said, 'I know you have a little girl and I have these brand new clothes my mom sent, but they don't fit (my daughter) and I'd just like to drop them off.' And I'm like, ‘Oh sure, come on over.’"

The clothes were for MacLennan's daughter, Becky, who was just 8 years old at the time.

"I remember the excitement about getting hand-me-down clothes," Becky Wiedeman said.

Fincham came to the door, but Davis stayed in the car.

"I thought that was very odd,” MacLennan said. “But she said, 'He's staying in the car because he has a headache now.'”

Fincham came to the door and didn't have any childrens clothes with her, and instead started talking about how she beats up men, according to MacLennan.

"She was scary,” MacLennan said. “It was scary and it was weird."

Police later discovered Davis and his wife planned to kidnap Susan, but a ranch hand showed up just in time to foil the plan.

"She was to shove me in the backseat, jump in the front seat and take off. That was the plan,” MacLennan said. “But our hired man had showed up down below and that scared them. Gary was still in the car, but he’s no longer in the passenger seat. He’s in the backseat and both doors are open. And he’s honking the horn because he’s wanting to get out of there.”

MacLennan only later learned what she had escaped that day.

“She was to shove me in the backseat, jump in the front and take off. That was the plan,” MacLennan said.

In the meantime, MacLennan's sister-in-law, Ginny May, was home alone here with her two young children. When the plan was foiled up at Susan's home, the killer showed up at May’s home.

"[They] pull in the yard, tell Ginny they need to borrow some finch stretchers, and so she goes outside with her little girl," MacLennan said.

As Ginny was in the shed, she was attacked from behind. Her 8-year-old son was inside the house.

"And he looks out the window and sees them punch his mom and take her," MacLennan said. “It was just three days of sheer hell."

May was kidnapped, raped and shot 17 times. The town of Byers was enraged. And after intense pressure from neighbors, police say Davis confessed and agreed to lead them to body if prosecutors didn't pursue the death penalty.

"We never gave up hope that she was OK,” MacLennan said. “Until big Pete the investigator said, 'We're going to clear the area, fly infrared and see if we can find her.’"

After 11 years and several appeals, Governor Roy Romer opted against issuing a stay of execution for Davis.

"It just is not a sufficient excuse for what happened to Ginny May that day," Romer said of Davis’ attorney’s argument that he had been reformed in prison.

Davis was executed on October 13, 1997. He was the last man executed by the state of Colorado.

"It could not be put to rest until he was finally put to rest," MacLennan said.

Now, 22 years after Davis was put to death by lethal injection, there's a movement in Colorado to abolish the death penalty – something MacLennan and her family adamantly oppose.

"It's frustrating to me that the legislature – the House, Senate and governor – all together feel that they can come in and write these new bills and push them through," Wiedeman said.

She argues it should be put to a vote of the people.

"I just can't fathom the reason they would want to abolish it,” Wiedeman said.

Wiedeman believes the death penalty is a deterrent if it’s used appropriately and consistently.

“Why have we not executed more of these criminals on death row?” Wiedeman said. “The only reason it’s not a deterrent is because we’re not using it. Because the last governor refused to put anyone to death on his watch.”

She argues it can also be used as a mechanism during investigations to get criminals to confess.

"Most criminals are cowards,” Wiedeman said. “How many of them say, 'I will confess. I will tell you, but I don't want the death penalty.'”

As for the execution of Davis, the family of Ginny May is unapologetic.

“He sealed his fate,” Wiedeman said.

For her part, MacLennan says it's about preserving a punishment for the most heinous, unconscionable crimes.

"They were just evil, evil, evil people," MacLennan said. “And we don’t understand it because we don’t think like them.”

"It could be your sister, or your mother, or your daughter because they have no respect for life,” MacLennan said. “None. They don't care."

MacLennan said while it never offers justice, it does offer a sense of closure.

“It’s not justice. It’s an end to a terror streak in our life,” MacLennan said.