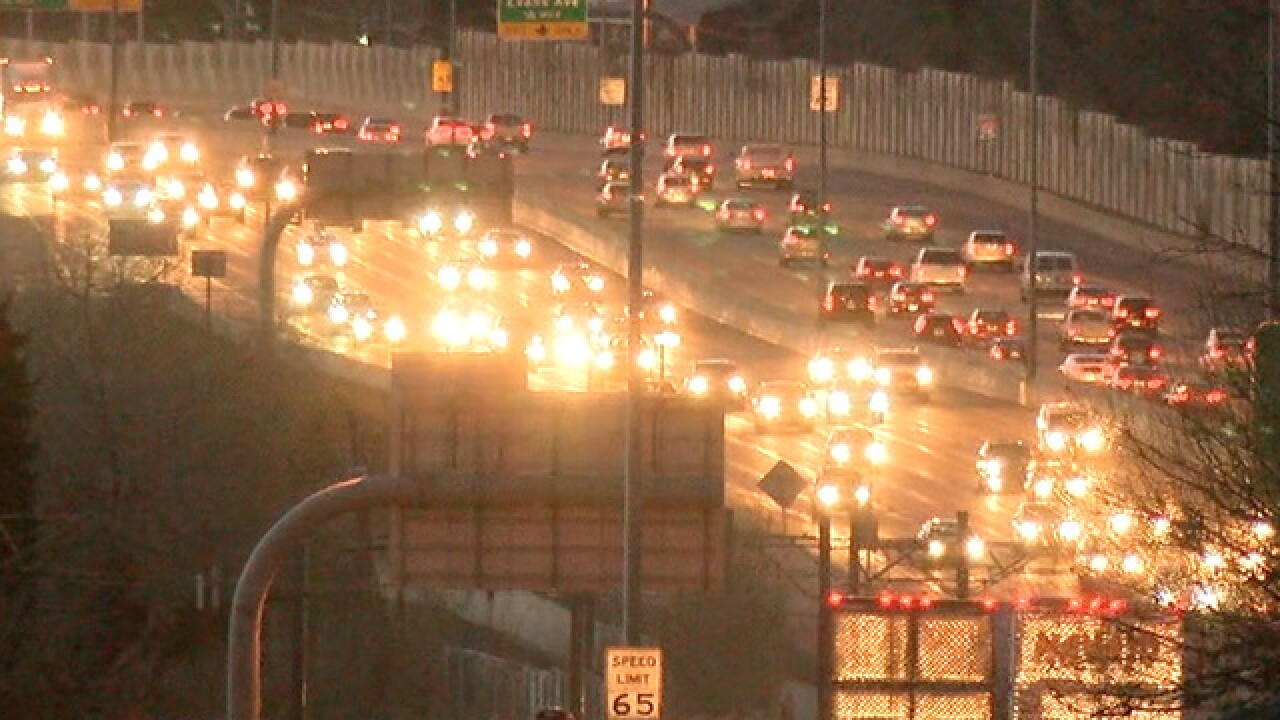 DENVER – Two of the state highway projects Colorado officials have put at the top of their project list are now fully funded after receiving millions in federal grant money, the state’s two senators announced Tuesday.

Sens. Michael Bennet (D) and Cory Gardner (R) said in a Tuesday news release that El Paso County has been granted the $65 million it had sought to widen I-25 between Monument and Castle Rock.

The money comes in the form of an Infrastructure for Rebuilding America (INFRA) grant and will be put toward putting an additional express lane in both the north- and southbound portions of the highway. There are also $35 million in local funds pledged toward the project in addition to other money.

The Colorado Department of Transportation was also awarded a $25 million INFRA grant to add another lane to Interstate 70 through Clear Creek County just west of Denver—a stretch of highway that consistently sees heavy traffic.

“It is a good day around here,” said Tamara Rollison, a spokesperson for the Colorado Department of Transportation, of the fully-funded projects.

She said construction on the I-25 gap project could begin as early as August, as the funding was anticipated to come through. The I-70 project is still in the study phase, Rollison said, and construction is expected to start sometime in the summer of 2019.

“Coloradans who commute on South I-25 every day or utilize I-70 to travel to the Western Slope and experience the beautiful public lands Colorado has to offer are all too familiar with the unbearable traffic on Colorado highways,” Gardner said, adding that the grant money would improve the lives of Coloradans once the projects are complete.

“These grants will help make improvements to the critical links Coloradans use every day to reach the high country and Southern Colorado,” Bennet said in a statement.

Rep. Jared Polis, who represents the Clear Creek Canyon area, said he was pleased the I-70 funding came through.

“This grant will go a long way in alleviating traffic on I-70 west, making it easier to get up to the mountains we all love and rely on for our economic vitality. I’m proud to have helped secure this funding for the highway in my district,” Polis said in a statement. “When the Colorado delegation works together to advocate for Colorado, as we did here, we can move mountains (and traffic)!”

"Senators Bennet, Gardner and the rest of the Congressional Delegation stepped up to ensure that Colorado received awards for two critical transportation projects," said Mike Lewis, Executive Director of CDOT, in a statement to Denver7.  "The public has made transportation a priority and through robust partnerships with local jurisdictions and other stakeholders, we will save lives and increase travel reliability by delivering these projects. The Administration clearly sees the commitment of Coloradans to their transportation system and the innovative methods by which we are delivering critical projects."