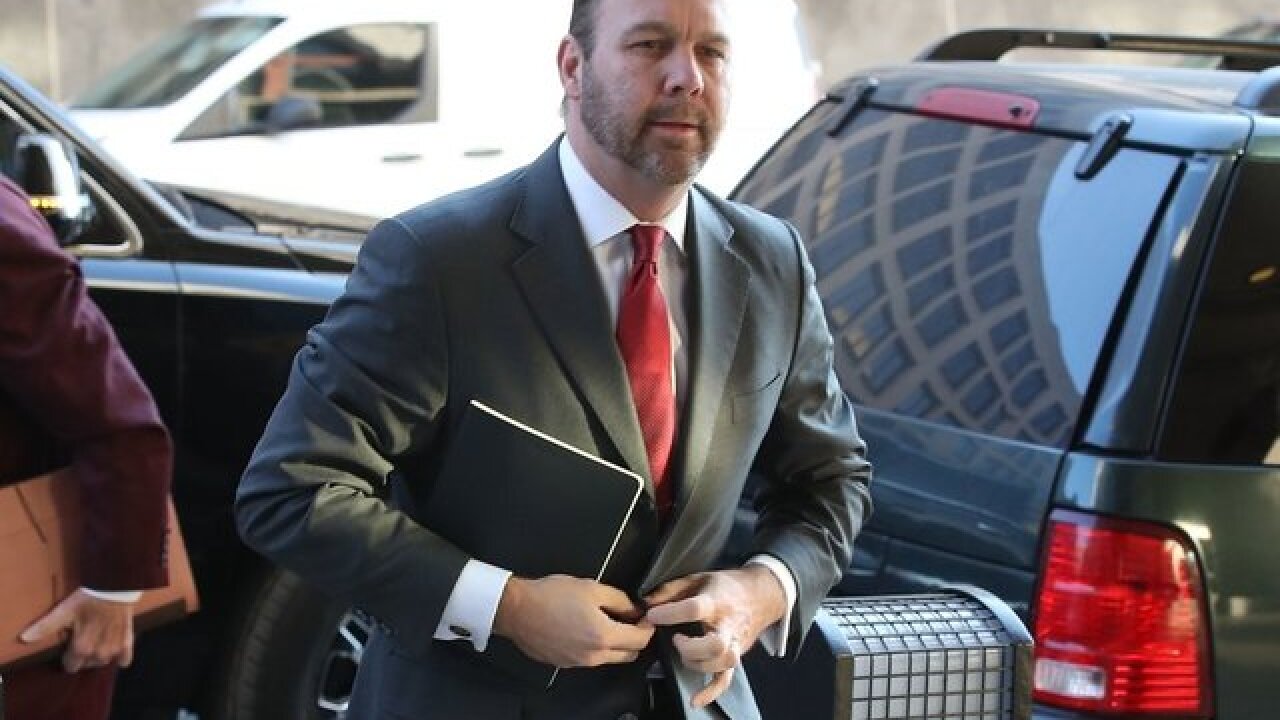 WASHINGTON (AP) — Rick Gates, a top adviser to the 2016 Trump campaign and close aide of former Trump campaign chairman Paul Manafort, is expected to plead guilty in the ongoing Russia probe being led by special counsel Robert Mueller, according to a person close to Gates.

The person said Gates is expected to enter the plea as early as Friday. The person, who spoke on condition of anonymity in order to discuss private conversations, said Gates had informed family and friends in a letter about his decision.

A plea could signal that he's planning to cooperate. It would mark the fifth publicly known guilty plea in the probe into possible collusion between the Trump campaign and the Kremlin during the 2016 campaign.

The Gates plea would come a day after a federal grand jury in Virginia returned a 32-count indictment against him and Manafort accusing them of tax evasion and bank fraud. It was the second round of charges against the two men.

The plea also comes quickly on the heels of a stunning indictment last week that laid out a broad operation of election meddling by Russia, which began in 2014, and employed fake social media accounts and on-the-ground politicking to promote the campaign of Donald Trump, disparage Hillary Clinton and sow division and discord widely among the U.S. electorate.

Gates initially pleaded not guilty and has been facing up to 12.5 years in jail — based on a 12-count indictment handed up in October accusing him and Manafort of acting as unregistered foreign agents and conspiring to launder millions of dollars they earned while working on behalf of a pro-Russian Ukrainian political party.

His guilty plea will almost certainly reduce the prison sentence he could have faced if convicted at trial of all counts.

A sealed charge in the case this week as well as closed-door discussions in recent weeks had brought speculation that a plea deal for Gates or some other development might be near. Gates' lawyers had filed a motion this month indicating that they had reached "irreconcilable differences" with their client. His new lawyer, veteran Washington white-collar attorney Thomas Green, formally took over Thursday.

Green did not respond to a request for comment Friday.

As he was kept on house arrest, Gates frequently pleaded with U.S. District Court Judge Amy Berman Jackson for leniency to attend sporting events with his four children. He recently brought on Green — a high-powered defense attorney, who won a plea deal for former House Speaker Dennis Hastert after he was charged with concealing nearly $1 million of $1.7 million in secret payments to hide allegations of sexual abuse.

If Gates agrees to become a cooperating witness as part of a plea deal, he could give Mueller a closer look into Manafort's years of political consulting work in Ukraine, as well as other events that have sparked the interest of federal investigators.

Gates had access at the highest levels of the campaign at the same time that Manafort, Donald Trump Jr. and Jared Kushner met with a team of Russians in Trump Tower in June 2016. He was also in the top ranks of the campaign when then-Sen. Jeff Sessions held a pair of undisclosed meetings with Russian ambassador to the U.S. Sergey Kislyak.

For a few months in 2016, Gates was indispensable to Trump, leading the ground effort to help Trump win the Republican nomination and flying from state to state to secure Republican delegates in a scramble that lasted all the way until the Republican National Convention in Cleveland.

But his power and influence waned once Trump fired Manafort in August 2016 after The Associated Press disclosed how Gates and Manafort covertly directed a Washington lobbying campaign on behalf of Ukrainian interests.

Gates survived his mentor's ouster and worked through the election on Trump's inaugural committee — but among Trump aides he earned the nickname "the walking dead." Gates also worked briefly with the outside political groups supporting Trump's agenda, America First Policies and America First Action, but was pushed out of that job last year.

Gates was working for Tom Barrack, a close friend of Trump's, when he was indicted last October.