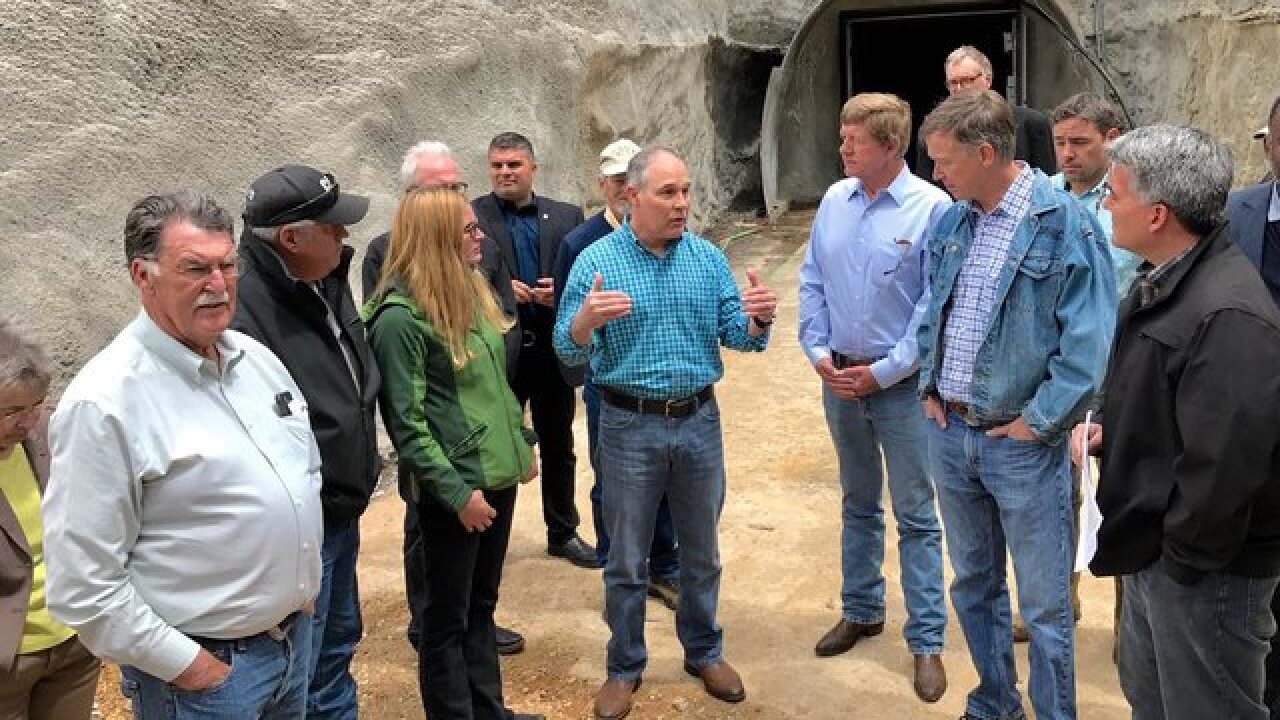 DENVER – EPA Administrator Scott Pruitt opted to charter a private plane from Denver to Durango and turned down an offer from Gov. John Hickenlooper to ride on his state plane for the trip to the Gold King Mine in early August.

The EPA did not immediately respond to a request for comment Wednesday, but told CBS News that Pruitt’s flight to Durango had been “significantly delayed” and that Pruitt didn’t want to miss the meeting outside of Durango.

Pruitt toured the mine along with Hickenlooper, Sens. Cory Gardner and Michael Bennet, Rep. Scott Tipton and other state officials on the second anniversary of the spill, though the EPA never officially announced ahead of time that Pruitt would be attending, and members of the media were not invited to join the tour.

EPA should be held to the same standard as those we regulate. We need to make things right for those affected by the Gold King Mine spill. pic.twitter.com/tkcy3w9vk4

He flew back to Denver on a private plane after the tour of the mine and after announcing he’d consider paying for more damages caused by the spill.

Pruitt is already being probed by the EPA’s inspector general for his repeated travel back to his home state of Oklahoma, where he allegedly went more than half of the days between January and April, spending more than $15,000 in taxpayer money.

The AP has reported that Pruitt often spoke with industry executives and political donors during the visits. The Washington Post also reported this week that Pruitt is spending $25,000 in EPA money to build a soundproof communications office for himself.

It’s still unclear which commercial flight Pruitt had been set to take between Denver and Durango on Aug. 4, though United Airlines offers the only direct flights between the two cities several times a day.

It’s also unclear whether or not the flights were delayed that day. Day-of tickets for the commercial flights, which are operated by either GoJet Airlines or Skywest through United, cost $573 to buy Wednesday.

The news comes as private charter flights by Health and Human Services Secretary Tom Price and the use of a military airplane by Treasury Secretary Steve Mnuchin are probed by the inspector generals for their respective departments.

Price’s flights have cost taxpayers more than $400,000, according to Politico.

On Wednesday, President Trump said he was “not happy” with Price over the reports of his private plane use, and said “we’ll see” when asked if he’d fire Price.