Elizabeth Warren holds rally in Denver ahead of primary 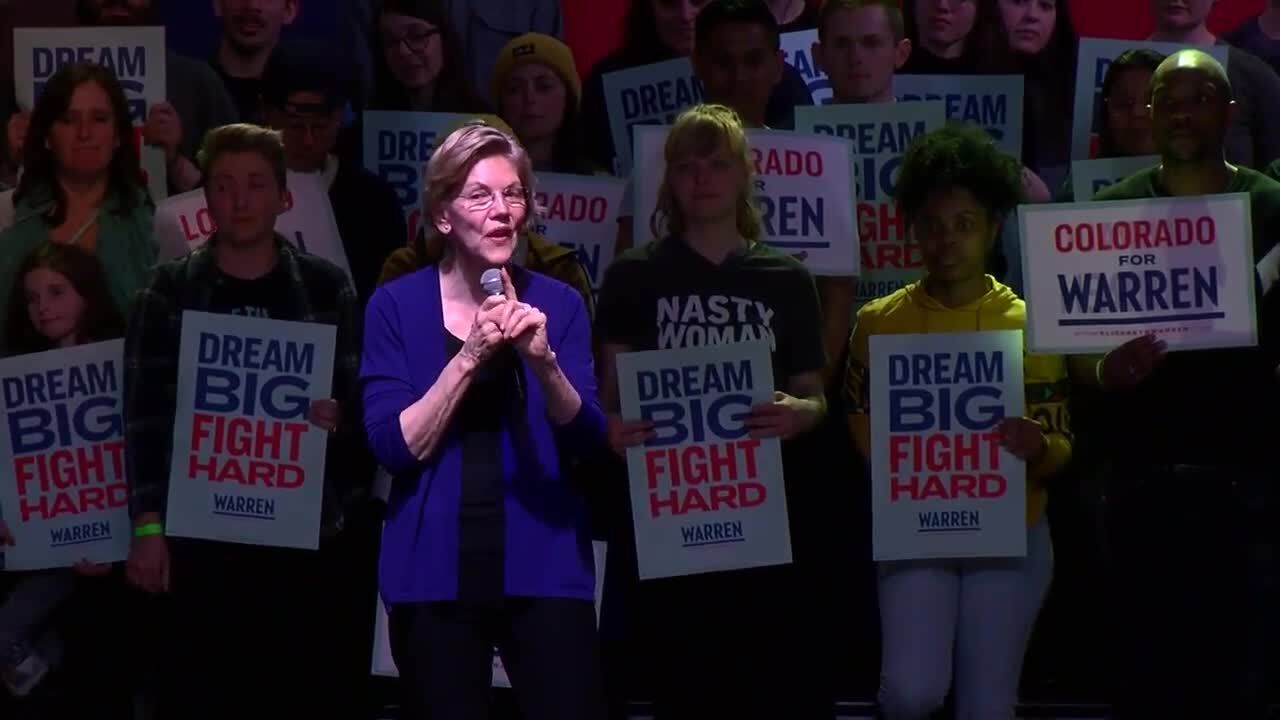 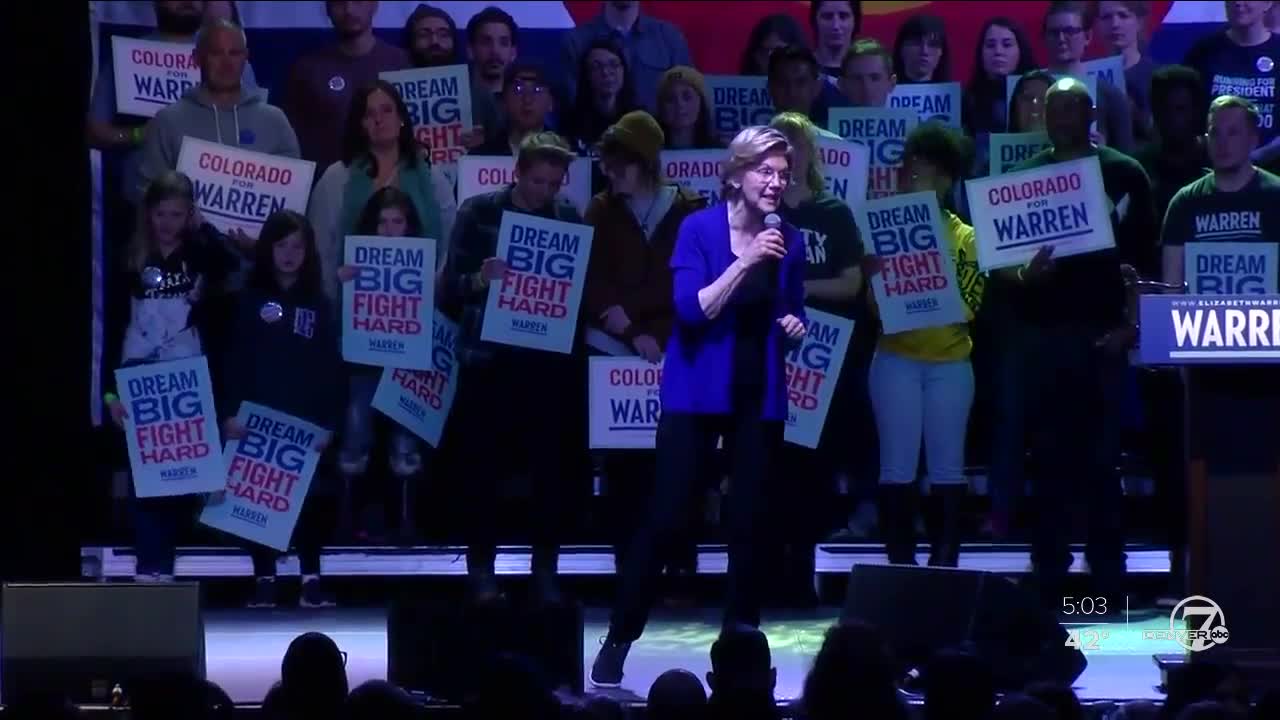 DENVER — Sen. Elizabeth Warren held a rally in Denver Sunday with thousands of her supporters attending the campaign event at the Fillmore Auditorium.

This was Warren’s second stop in the Centennial Sate during the current campaign season and came less than two weeks ahead of Colorado’s Super Tuesday presidential primary on March 3.

Other Democratic presidential candidates have stumped in Colorado in the past couple of weeks. Pete Buttigieg spoke to a crowd of about 8,000 attendees Saturday night at the Crowne Plaza Denver Airport Convention Center. Last weekend, Democratic front-runner Sen. Bernie Sanders drew around 11,000 people to the Colorado Convention Center for a campaign rally.

The U.S. senator from Massachusetts has seen disappointing results from primaries and caucuses held in three states. She came in a distant fourth in the Nevada caucuses Saturday, with Sen. Bernie Sanders scoring a resounding victory.

In the waning weeks before Super Tuesday, Warren has taken off the gloves with a feisty performance in last Tuesday’s debate.

Colorado will hold its primary on March 3, joining 13 other states that will hold primaries or caucuses the same day.