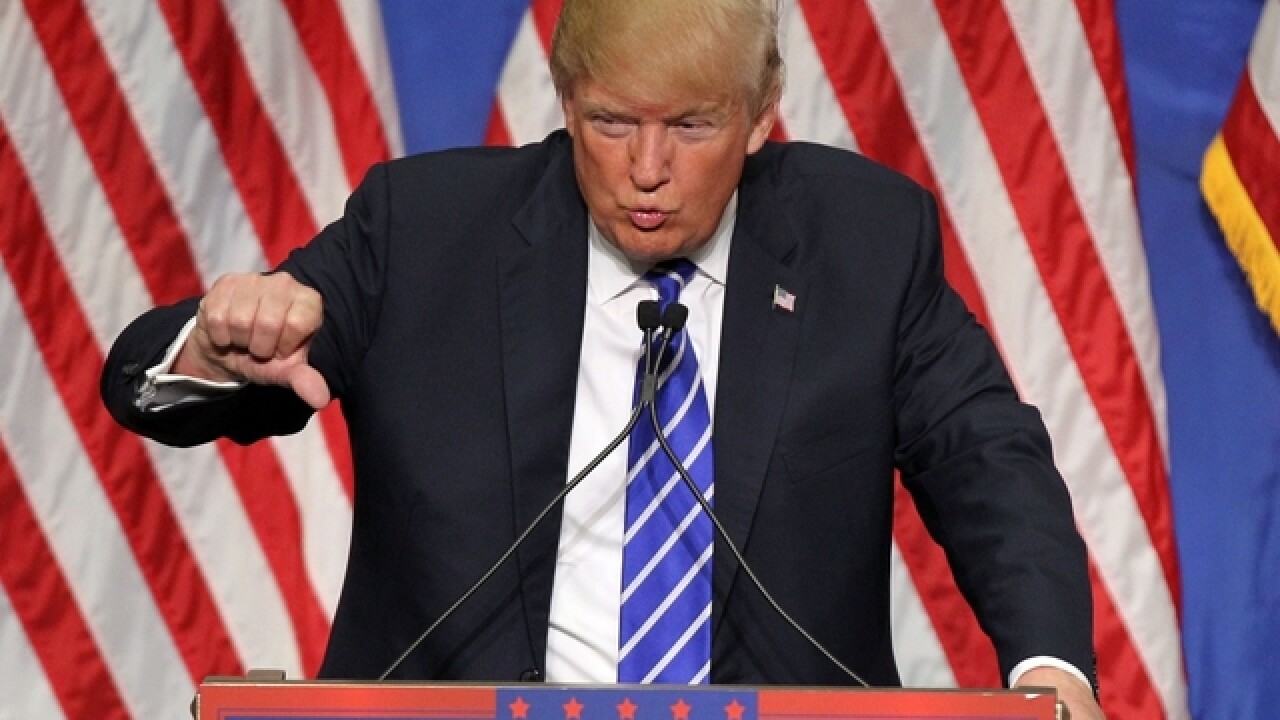 GRAND JUNCTION, Colo. – Donald Trump will again be back in Colorado next week when he makes campaign stops in Colorado Springs and Grand Junction.

Trump’s rally in Colorado Springs will be held at 1 p.m. Tuesday at the Norris-Penrose Event Center.

Doors for the event open at 10 a.m. Anyone wanting to RSVP for tickets can do so here.

The Grand Junction rally will be held at West Star Aviation at 3 p.m. on Tuesday, Oct. 18. Tickets to the event can be found here. Doors open at noon.

Trump and his surrogates have visited Colorado several times this year and have doubled down on the state in the past month.

Trump has made several stops in Colorado Springs this year and has also visited Pueblo, Loveland, Denver and others this year.

Trump’s daughter, Ivanka, his son, Donald Jr., and running mate Mike Pence have all visited the state in the past month. Donald Trump Jr. stopped in Grand Junction on that trip as well.