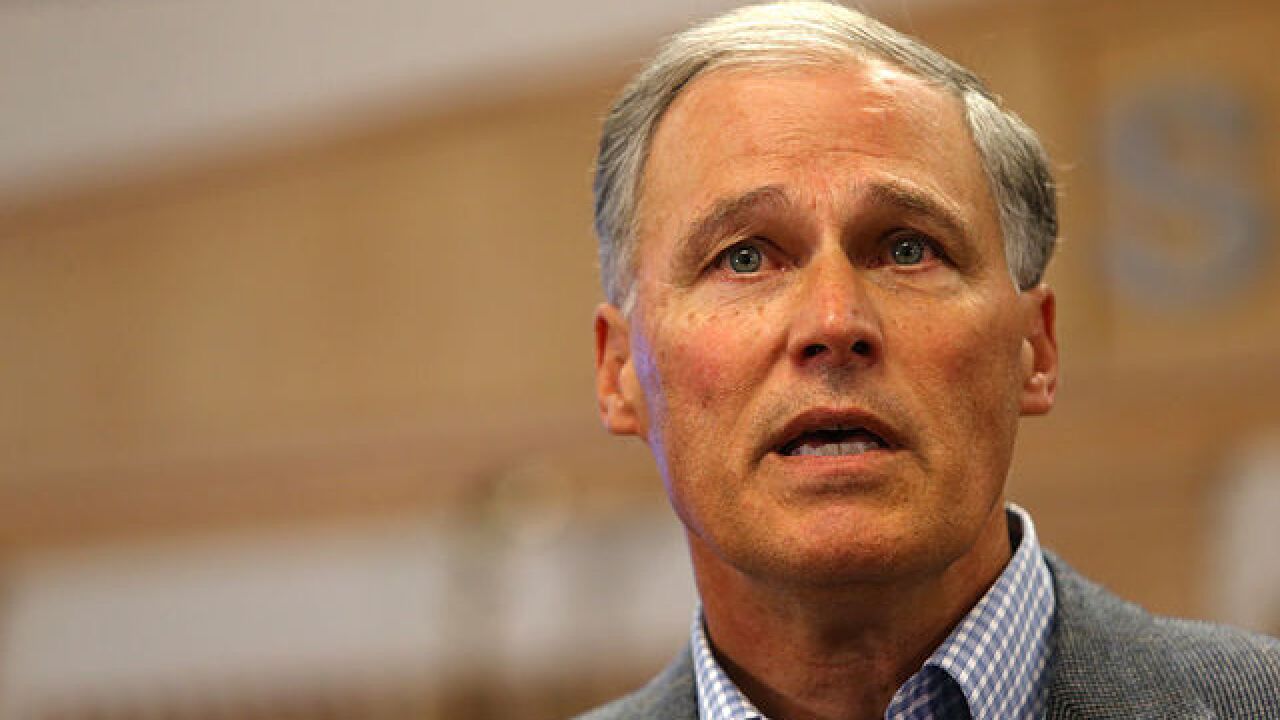 DENVER – Democratic Governors Association Chair Gov. Jay Inslee of Washington came to Denver Thursday to rally voters to back whoever is the Democratic candidate for governor in November as part of a push to change the nation’s gun laws.

Inslee was joined by Colorado Democratic Party Chair Morgan Carroll and Tom Sullivan, who is now running for state office and whose son died in the Aurora theater shooting, along with the leaders of Never Again Colorado and Vote For Our Lives Colorado – two left-leaning groups working to cut back on gun violence.

Inslee made lofty comparisons between Colorado and his home state of Washington and urged those in attendance outside the Capitol to vote for Democrats in order to keep Colorado’s 2013 weapons legislation intact.

“Any government running anywhere in the United States ought not to be afraid to stand up to the gun lobby and do common-sense measures to protect our children,” Inslee said.

He said backing a Democrat for governor was the “clear choice between going forward and going backward.”

Gov. John Hickenlooper is term-limited, and four Democrats and four Republicans are vying for their respective party’s nomination ahead of the June 26 primary.

All of the Democratic candidates for governor say they want to protect the 2013 laws, and some have called for further expansions to differing degrees. But some of the Republicans have vocally pushed back against some of those proposals, calling them unworkable or unnecessary.

Inslee took a hit at Walker Stapleton, who Fox News grilled last weekend about skipping a debate hosted by Never Again Colorado, for doing so.

.@WalkerStapleton: "There should be.. an armed public safety official in all of our schools." pic.twitter.com/D1YWHgxft5

In the Fox News interview, Stapleton said he “support[ed] their sentiment” when asked about Never Again Colorado. But Stapleton has aligned himself with President Donald Trump in recent weeks – something Inslee said voters should be wary of.

"Neither Colorado or Washington should follow Donald Trump down into this sinkhole of listening to the gun lobby," Inslee said.

Inslee’s appearance in Colorado comes less than two weeks before primary ballots are sent out to voters across the state. They will have up until the June 26 primary to vote. Unaffiliated voters are able to participate for the first time this year, and the various candidates have been trying to court that group – the largest voter bloc in the state – through various hot-button policy issues, including guns.

The DGA is tasked with fundraising for and promoting Democratic candidates for governor's seats across the country.