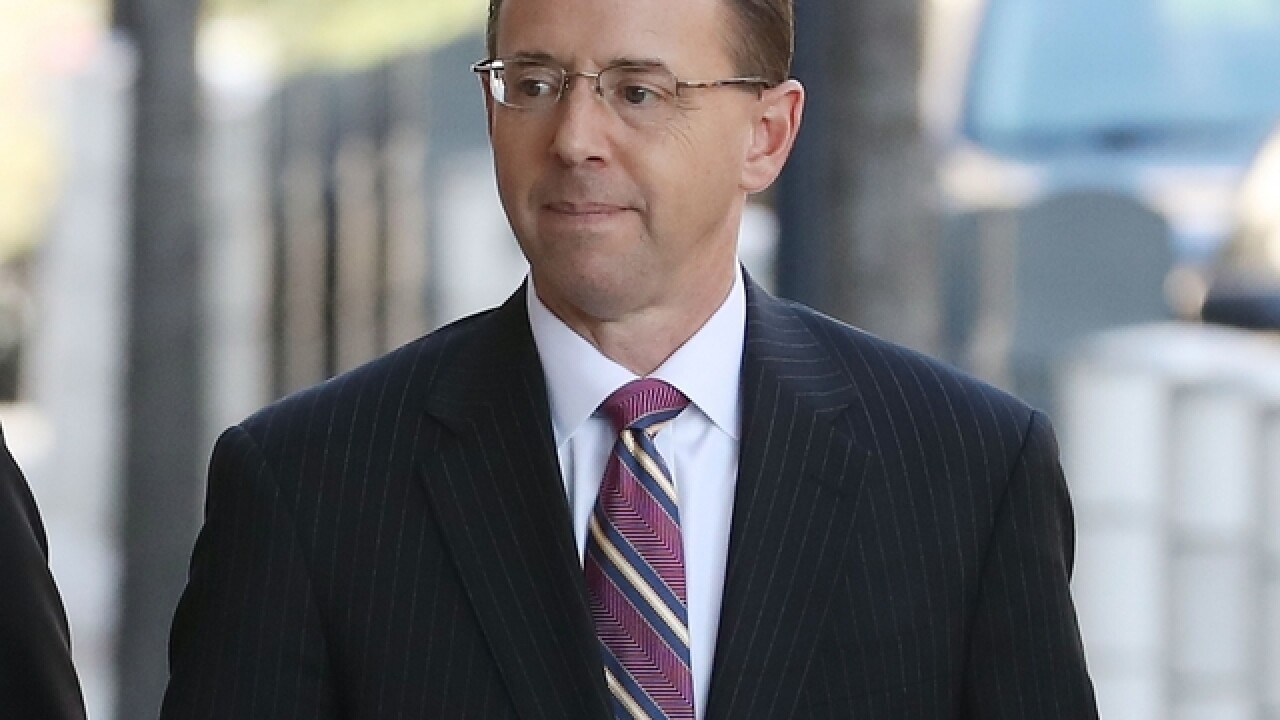 WASHINGTON (AP) — The Latest on investigations into Russian interference in the 2016 election and possible Trump campaign connections with the Russians (all times local):

Deputy Attorney General Rod Rosenstein has told members of Congress he stands by a memo he wrote that preceded the president's firing of FBI Director James Comey.

The Justice Department on Friday distributed prepared remarks that Rosenstein delivered to Congress in separate briefings.

In the remarks, Rosenstein said he learned a day before Comey's firing that Trump wanted to dismiss him. He says he thought that move was appropriate and produced a memo summarizing what he said were his "longstanding concerns" over Comey's handling of the Clinton email investigation.

He says he asked career Justice Department lawyers to review the memo.

He says his memo is not a finding of official misconduct and is not a statement of reasons to justify Comey's firing.

House members leaving a briefing by the deputy attorney general on the probe of connections between Russia and Donald Trump's presidential campaign say they're frustrated at not getting answers.

Trott says Maryland Democratic congressman Elijah Cummings asked something like, "So you woke up one morning and decided to write a memo?"

Trott says Rosenstein answered that he didn't want to interfere with the independent investigation that will now be run by former FBI chief Robert Mueller.

Massachusetts Democratic congressman Seth Moulton says Rosenstein didn't "do a lot to bolster our confidence in him."

President Donald Trump is denying that his campaign collaborated with Russia or that he tried to kill an FBI probe of the issue.

He says that even his "enemies" recognize his innocence, and he's declaring himself the most unfairly hounded president in history.

Trump spoke on Thursday at the White House as the Justice Department official who appointed a special counsel to independently lead a Trump-Russia investigation briefed the entire Senate in private at the Capitol.

Deputy Attorney General Rod Rosenstein was returning to the Capitol on Friday for another closed-door session, this time with all members of the House.