Denver's March on NRA is this Saturday. Here's why people are marching.

The what, when, where of the march in Denver 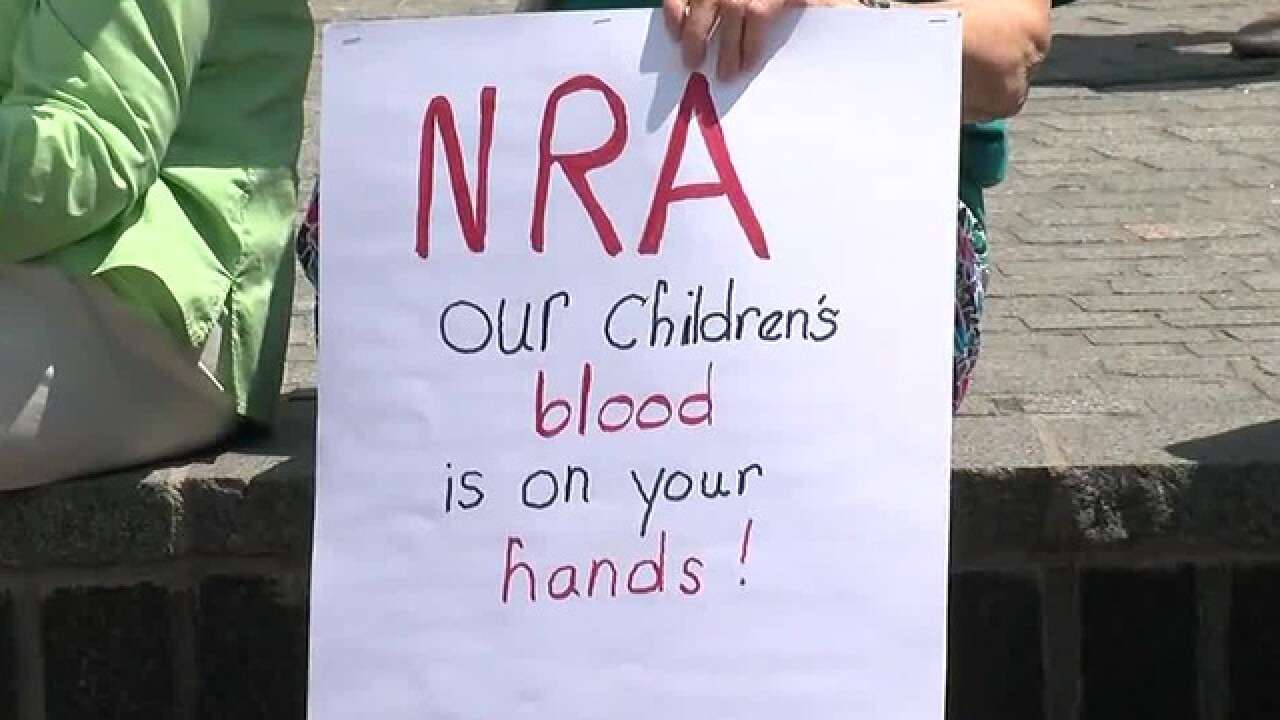 DENVER – People in Denver will join others across the country this Saturday to protest the National Rifle Association (NRA) as part of the nationwide March on the NRA rally.

Protesters from several anti-gun violence groups in the state will gather on the west steps of the Colorado State Capitol at noon and will march around the building and back.

“We are marching to protest the abominable effect the NRA and RMGO (Rocky Mountain Gun Owners, a nonprofit gun rights advocacy group) has had on the state of our laws," reads the Facebook event for the rally. "We should be able to protect ourselves with sensible laws on guns and these organizations put themselves directly in the way of stopping that goal. Together, we need to stand up for what is right and March against those who would stop us."

Organizers said they will be hosting several speakers from the community “who have faced gun violence in their lives.” The groups will also hold a voter drive/community get together on Friday night. The location for that event was not immediately released.

Young activists from the gun control advocacy group Students Demand Action said Thursday they would withdraw from being co-sponsors of the march after getting death threats through social media.

Sam Craig, who leads the state chapter of the group, told Denver7’s Eric Lupher a threat came from an unknown commenter on Facebook who claimed he was going to bring his 3-D guns to the march. The person wrote that "my rights are more important than your life.”

The Denver Police Department is investigating the threat.

A spokeswoman for Rally For Our Rights, a gun-rights group that plans to counter-protest the Saturday rally, said they do not condone such threats being made and called them “alarming.”

Protesters will demand universal, comprehensive background checks and funds so that the CDC can research the “gun violence epidemic in America,” a high-capacity magazine ban, an assault weapons ban, and the revocation of the tax-exempt status of the NRA, according to the march's website.