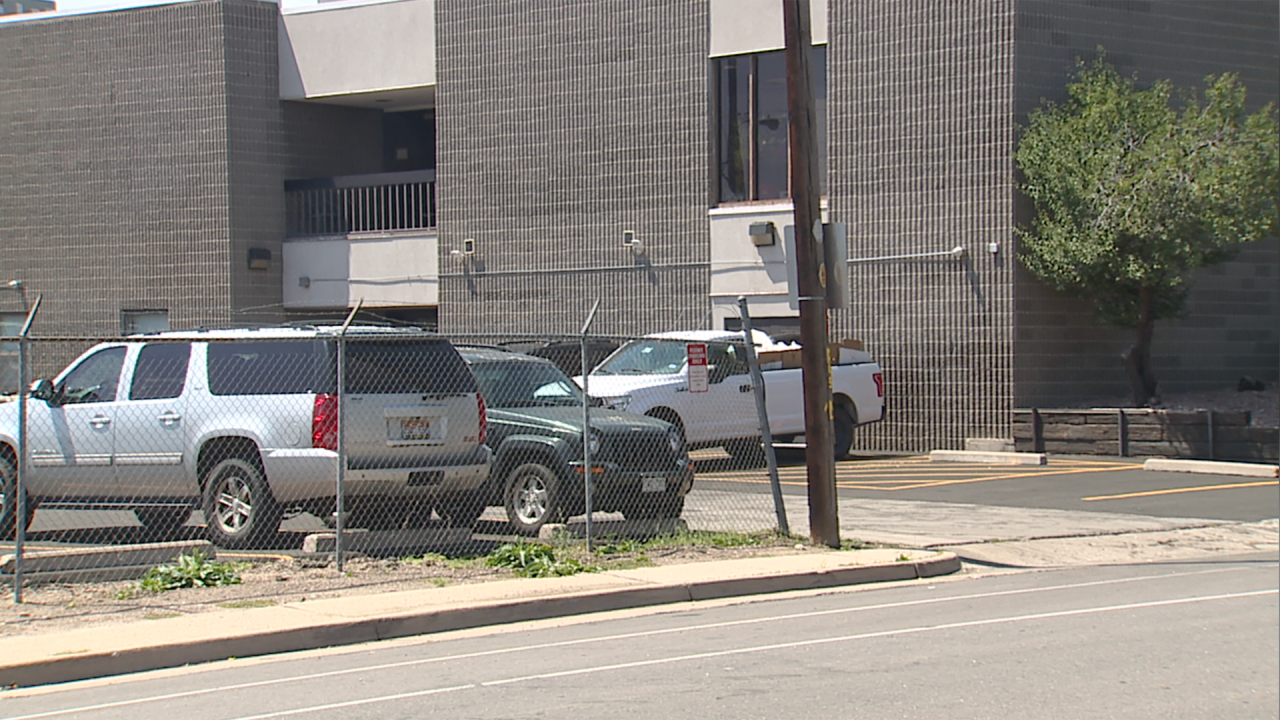 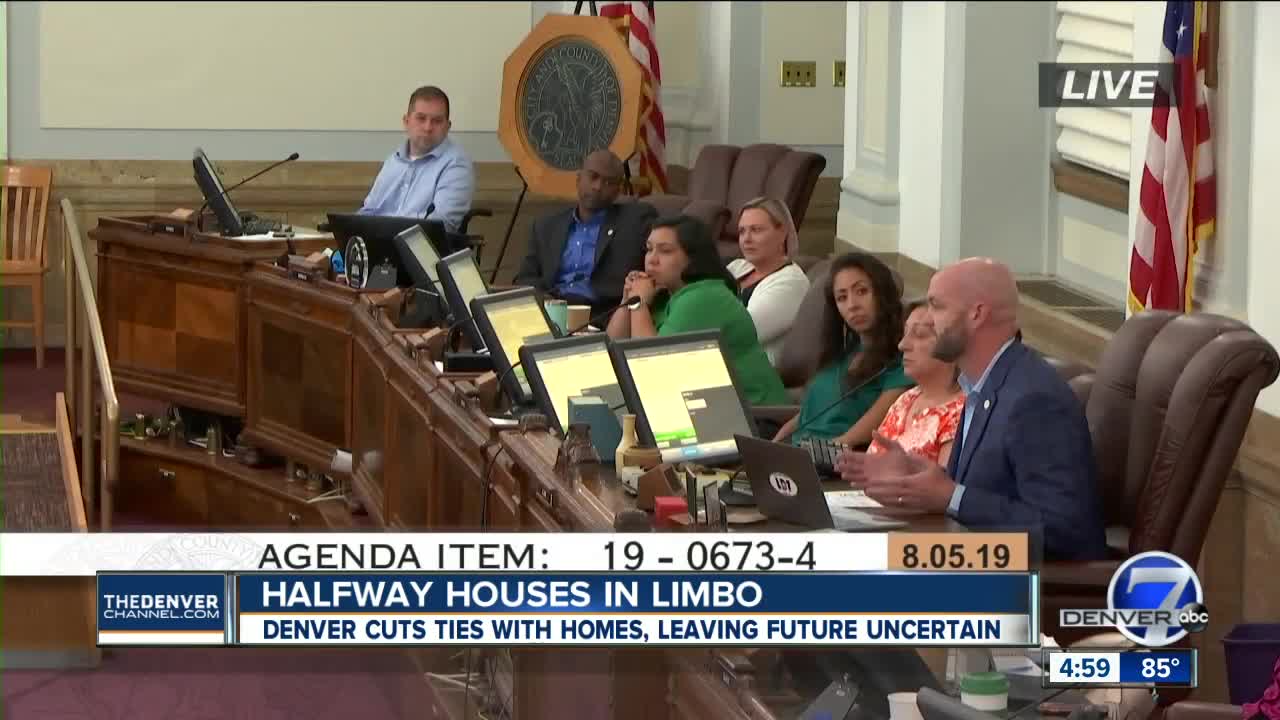 DENVER – The mayor’s office said Wednesday it is disappointed in the Denver City Council’s decision to end contracts for two community corrections companies, which could potentially put 500 people back in prison. And the companies said they felt the councilmembers had failed the community with their decision.

On Monday night, the Denver City Council voted 8-4 to decline to renew more than $10 million in contracts with CoreCivic and GEO Group for six halfway houses in Denver.

The action came after a push by new Councilwoman Candi CdeBaca to end the contracts when she found out that GEO Group, which operates an immigration detention facility in Aurora, were running two of the community corrections facilities in Denver.

But some of the councilmembers who voted against the measure voiced concerns about what might happen to the people currently housed in community corrections facilities with no other option in place.

“If our efforts are to not renew contracts with companies that operate border detention facilities or ICE detention facilities, regardless of where they are located, because we think it’s an important policy to address, we also have to make sure we have a place for these people to go,” Councilwoman at-large Debbie Ortega told Denver7 ahead of the vote.

On Wednesday, the Denver mayor’s office said in a statement that the 517 beds that are now at risk of going away could hinder those inmates’ rehabilitation and said it wished the council had renewed the contracts as other options were researched.

The mayor’s office also said that “no new people are being taken into the program.”

“We understand City Council’s concerns around the holders of these contracts, and share the much broader national demand for better treatment and conditions for those in federal custody due to their immigration status,” the mayor’s office said in a statement.

“However, Denver’s current zoning presents no other viable alternatives for these community corrections facilities, and now as a result of the council’s decision, more than 500 individuals in need of a second chance are at risk of being placed back in prison, hindering their rehabilitation and further burdening our jails and prisons,” the mayor’s office added. “We are disappointed that council did not renew these contracts while other alternatives were explored.”

Four of the halfway houses affected by the council’s decision are run by CoreCivic and two are run by GEO Group, according to data from the city.

Ortega explained Wednesday that CoreCivic and GEO Group own the buildings they operate the community corrections programs out of and could block whatever vendors the council might choose next. She, as did the mayor’s office, said the city’s zoning rules made it difficult to open any new facilities – particularly outside of industrial areas.

“The reality is there’s no guarantee that the owners of these buildings are going to choose to work with the city on maybe letting another vendor come in,” she said. “They may just choose to sell their properties.”

She said she had heard some discussion about the companies contracting directly with the state or federal agencies but wasn’t sure if that was something Gov. Jared Polis would agree with.

“Everybody’s exploring all the different options at this point because I don’t think anybody expected these contracts to be voted against,” Ortega said. “There’s a lot of people scrambling to figure out how many beds we have in our jail system, can our jail system handle them, is that the right environment?”

Colorado Department of Corrections Public Information Officer Annie Skinner said Wednesday that there is currently no discussion happening about the state taking over community corrections facilities but said the DOC is looking at the impact of the council's decision.

"DOC is currently evaluating the impact of the decision made by the Denver City Council," added Skinner. "One of the truly unfortunate results of this decision by Denver may be people having to remain in prison longer despite being eligible for community corrections, simply because there won't be any place for them to go. We are hopeful that the City of Denver will continue to work towards finding a solution at the local level."

The governor's office referred Denver7 to the statement from DOC when reached for comment Wednesday.

In statements Wednesday, both CoreCivic and Geo Care Strategic Marketing, of GEO Group, slammed the council’s decision. CoreCivic said it would keep the doors open to clients as it tries to find a solution.

CoreCivic said it had served more than 1,200 people at its Denver facilities over the past year and that because of the council’s decision, 122 people who had been approved for community corrections would likely have to stay in prison.

“The most disappointing aspect of this deeply misguided decision is how much it hurts vulnerable people and the safety of this community. As a result of political recklessness, Denver now faces a dire situation,” said CoreCivic Director of Public Affairs Amanda Gilchrist.

“These politicians have failed their community, which will be less safe and healthy, and those in its criminal justice system, who will have much less support to get their lives back on track,” Gilchrist added, pointing that it had provided community corrections services in Denver for nearly 20 years. “CoreCivic operates no immigration facilities in Colorado. We have a 35-year track record of working with both Democrat and Republican administrations to help solve the very types of crises we are now seeing on our southern border.”

“The Denver City Council put an unrelated, politically driven issue over the needs of hundreds of Denver residents looking to rehabilitate and return to the community. Denver’s elected leaders took a leap backwards and voted to wipe away 30 years of successful reentry programming in the city including proven, evidence-based treatment for at-risk individuals,” Hook said. “We agree with Councilman Chris Herndon who said, ‘There are human beings’ lives at stake if we choose to vote down this contract.’ Yet council walked away from their residents with no plan B or safety net for these vulnerable individuals and families. These residents will now be sent back to jail or prison with no programming – how does that solve the problem?”

Ortega explained that city officials were “in the middle of a frenzy” on Wednesday trying to figure out how to house the people in community corrections and what to do with the people who had already been approved but might not have anywhere to go.

“This was absolutely the right policy issue for us to take on, but we had to have an interim step,” Ortega said Wednesday. “I get why they voted against it, but at the same time we had no plan. And that’s the irresponsible piece.”