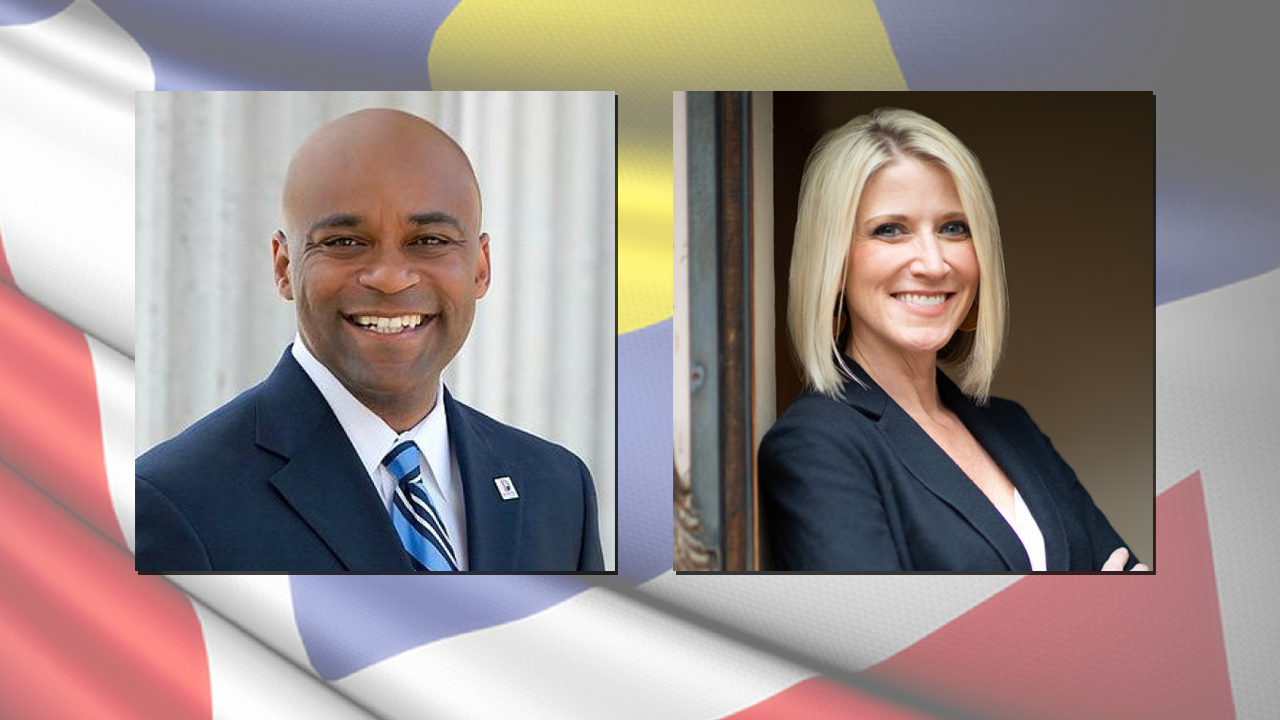 Copyright 2019 Scripps Media, Inc. All rights reserved. This material may not be published, broadcast, rewritten, or redistributed.
Denver Mayor Michael Hancock and challenger Jamie Giellis will face off June 4 in a runoff election to be Denver mayor.

DENVER (AP) — A campaign for Denver mayor that culminates with a runoff on Tuesday has been dominated by feisty debate over how to manage a decade-long economic and population boom that has transformed the face of the city.

The officially nonpartisan election pits two-term incumbent Michael Hancock against Jamie Giellis (GILL-lis), an urban planning consultant and first-time candidate. In the campaign's final weeks, they have also engaged in finger-pointing over sexually suggestive texts sent by the mayor and perceived racial insensitivity by his challenger.

Hancock and Giellis were the top two vote-getters in a six-candidate May 7 election. The second-place finish by Giellis, an Iowa native who's lived in Denver for 13 years, focused vigorous debate over the future of a city whose population has grown 20% since 2010 and whose changing skyline reflects Denver's economic boom.

Giellis has been heavily involved in the transformation of an old industrial district north of downtown into a thriving collection of arts, retail, residential and commercial enterprises.

But along the way, she says she's seen growing worries among minorities and longtime residents at risk of displacement by gentrification, rising housing prices and big-box residential and commercial development. She's called for satellite offices putting city officials directly into neighborhoods.

"People are economically and socially stressed out by growth that's driven by developers," Giellis said. "We're at that really delicate point as a city where if we keep going full throttle we will lose a quality of life unique to Denver."

Hancock is a product of Denver's public schools, former president of the Urban League of Metro Denver and a city councilman who was elected mayor in 2011 and overwhelmingly re-elected in 2015.

He says Giellis lacks the experience needed to manage growth in a city of 78 neighborhoods. He insists he's intimately familiar with the community histories of a city of 716,000 whose population is 30% Hispanic and 10% African-American. Under his watch, Denver has added more than 90,000 jobs. Unemployment is 3.2%.

"To be sure, (Giellis) has done good work in small areas. But when you peel back the onion, you have to ask what exactly did she do?" said Tim Sandos, executive director of a city task force on infrastructure and development in several impoverished neighborhoods.

"As critical as she has been of Hancock, she could not provide policies with some substance on how to change things," Hazan said. "Development itself is not a crime. The serious question is, What are you going to do about it?"

That debate was nearly sidetracked over a recent Hancock campaign ad.

It showed video of Giellis, who is white, unable to state at a campaign event what the NAACP acronym of the National Association for the Advancement of Colored People stood for.

It cited an old Giellis text, since deleted, questioning the need for cities to have Chinatowns. It also made an unfounded claim that Giellis called immigrants living in the country illegally "criminals."

Hancock, who is black, has vocally defended those immigrants and limited local cooperation with federal immigration agents to that required by law.

"I have a lot to learn in this process," Giellis acknowledged, vowing to work with, and learn from, communities of color she insists are most vulnerable to rising housing prices.

Hancock said in a recent Denver Post-Denver Press Club debate her comments revealed "a pattern that's disturbing to me."

Others objected to the ad, including Penfield Tate, a former state lawmaker who failed to make the mayoral runoff and joined Giellis' campaign.

"I've caught my fair share of crap from people, particularly in the African American community, for supporting a white woman over an African American incumbent," Tate, who is black, said at a recent Giellis event.

Giellis criticized Hancock for suggestive text messages he sent in 2012 to a female police detective who served on his security detail. Hancock had previously expressed remorse. But he insisted in the Post debate that his actions didn't rise to the level of sexual harassment "because you don't see the back and forth conversation that occurred."