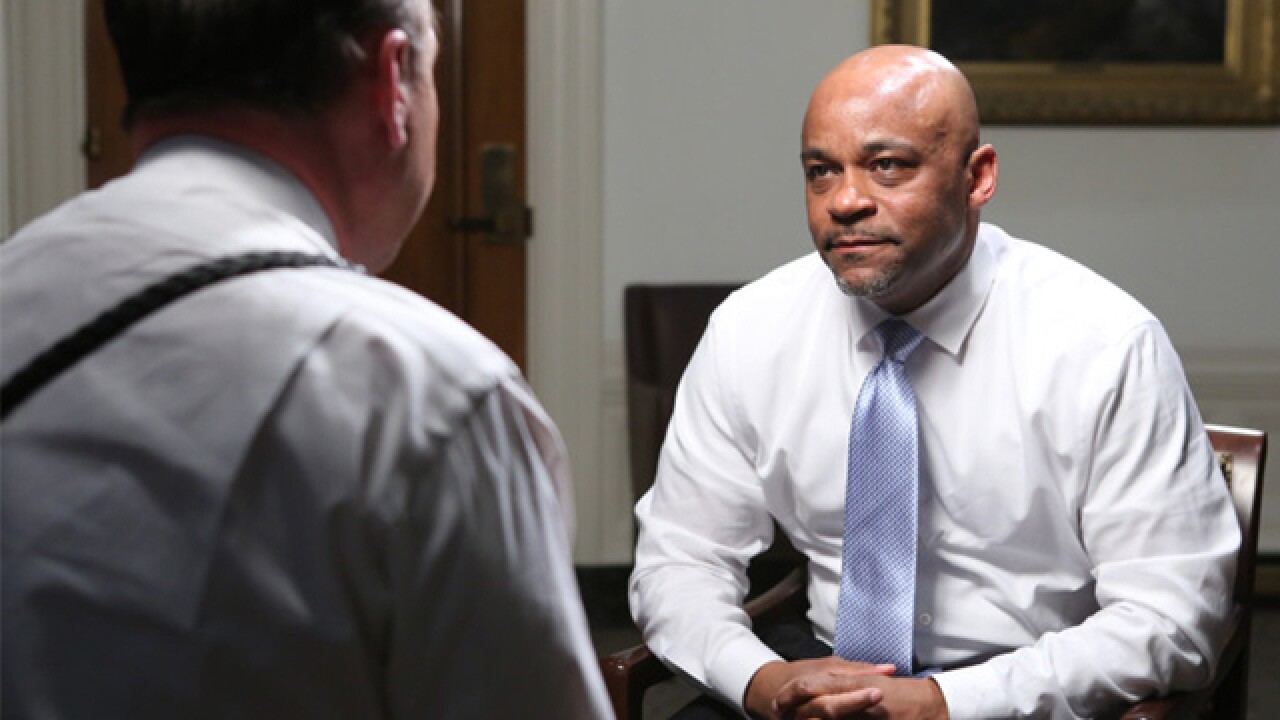 Copyright 2018 Scripps Media, Inc. All rights reserved. This material may not be published, broadcast, rewritten, or redistributed.
<p>Denver Mayor Michael Hancock during an interview in his office with Denver7 on Monday, Feb. 26, 2018. (Image courtesy of Denver7)</p>

DENVER – A Denver City Council member on Monday called for an independent investigation into Mayor Michael Hancock’s brewing sexual harassment scandal, saying a probe would provide “a full and accurate accounting” to the public.

In a letter to the mayor that was obtained by The Denver Post, Councilman Rafael Espinoza questions whether the council was given complete information during a 2016 legal briefing about a $200,000 settlement paid to a former mayoral aide. That aide, Wayne McDonald, challenged his firing in 2012 over sexual harassment allegations lodged by a member of Hancock’s security detail.

Last month, more information came to light: namely that the police officer who accused the aide of sexual harassment in 2012 also received several suggestive text messages from Hancock around the same time.

Denver police detective Leslie Branch-Wise, who received a $75,000 settlement from the city for the McDonald matter in 2013, made the texts public in a Feb. 27 interview with Denver7. A chastened Hancock quickly apologized — characterizing the text messages as inappropriate, but not as sexual harassment, as others (including Espinoza) have charged.